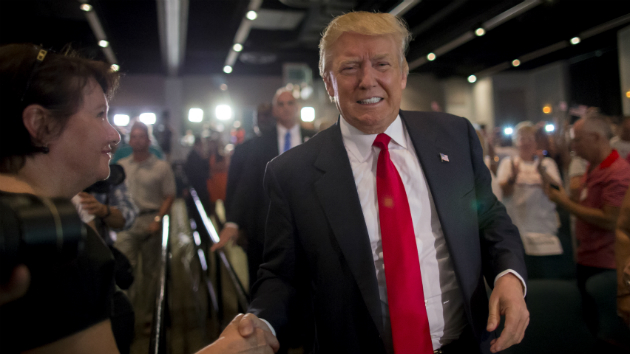 Last week Trump announced he had filed the details of his personal finances, as all presidential candidates must, and was worth “in excess of TEN BILLION DOLLARS” (his emphasis). On Wednesday, his financial disclosure form was released by the Federal Election Commission, and it backs up his bluster. It also tells the complicated—and entertaining—story of Trump’s financial life.

Trump’s net worth does appear to be in the billions, though he owes hundreds of millions of dollars to creditors. The total amount of his liabilities is not provided in this disclosure. Government regulations do not not require him to specify the actual amount of any liability over $50 million, but he does list four liabilities in excess of that sum. The minimum amount for his total debt is $270 million, but he could owe far more than that. A Trump spokeswoman did not immediately reply to a query asking if Trump would reveal the full extent of his debt.

Trump doesn’t own every building around the world that bears his name. On his financial disclosure form, he reports licensing fees for buildings in the Philippines, Turkey, and Panama. Yet he does appear to own many of the buildings and properties, and some provide huge incomes for him. The Trump National Doral golf course in Florida, which he valued at more than $50 million, seems to be the most lucrative of his properties, earning Trump $49.4 million last year.

Then there are all the other ways Trump makes money. And there are many. Trump listed at least 515 different entities in which he had an investment last year. The businesses varied from real estate (his golf courses, his Park Avenue property) to a bottled water company (Trump Ice) to a firm called Trump Drinks Israel, which sells Trump-branded vodka and energy drinks specifically designed for the Israeli market.

His Screen Actors Guild pension for his work on The Apprentice was worth $110,000 last year. His salary from the show was $14,000, which may seem low, but his television production company earned about $4 million. According to his filing, Trump snagged between $1 million and $5 million by licensing his name for Serta’s line of Trump mattresses. (In 2013, by contrast, Rubio listed his entire net worth at about $443,000.) Trump also made $1.3 million in speaking fees for ACN, Inc., a multi-level marketing company. Trump reported making $550,000 running the Central Park carousel, and another $8.6 million operating the Central Park ice skating rink. Despite his recent protestations that he wasn’t concerned about losing the TV contract for his Miss Universe pageant, the event did pocket him $3.4 million last year. Trump earned another $2.2 million for “model management.”

Trump reported having between $3 million and $15 million invested in hedge funds run by John Paulson, who gave $1 million to Restore Our Future, the super PAC that backed Mitt Romney in 2012. Earlier this year, Paulson attended a fundraising event for Jeb Bush.