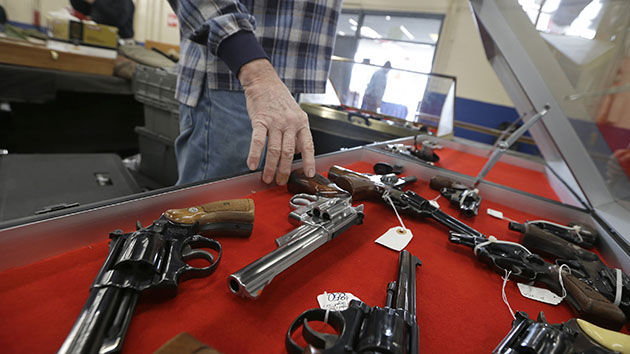 One of the first things Republicans did after the mass shooting at a black church in Charleston, S.C., last month was vote to renew a policy preventing the Centers for Disease Control from conducting research on gun violence. The current Republican-controlled Congress, in other words, is not about to curb access to guns.

But that doesn’t mean nothing can be done. At the national level, gun control advocates say, there are important steps the Obama administration can take to keep guns out of the wrong hands.

After the massacre at an elementary school in Newtown, Conn., in December 2012, President Obama signed 23 executive actions to reduce gun deaths. Federal government agencies have made meaningful rule changes to address gun violence, and some states have passed tougher background-check laws or blocked bills that would have loosened restrictions on guns. Still, more than 11,000 people are murdered with guns each year, and more than 20,000 people commit suicide with them. Mother Jones estimates the total cost of gun violence at $229 billion per year.

In the days after Charleston, Obama didn’t hesitate to raise the issue of guns. “At some point, we as a country will have to reckon with the fact that this type of mass violence does not happen in other advanced countries,” he said the following day. “And it is in our power to do something about it.”

“We do applaud him for coming to this issue and taking it up, especially now again in the wake of the Charleston tragedy,” says Ari Freilich, a staff attorney at the Law Center to Prevent Gun Violence, a California-based group that helps states and the federal government craft gun laws that promote public safety. “And we think behind the scenes his administration and his cabinet agencies have taken—or are in the slow, deliberative rule-making process of taking—substantive action.”

But the Obama administration could do more, say advocates. Here are five reforms that could make a difference.

It’s a federal crime to “engage in the business” of selling firearms without a license. But the definition of engaging in the business is too vague for authorities to shut down most unlicensed dealers, who are technically making private sales that don’t require background checks. As a result, they flood the black market with tens of thousands of guns that could easily land in criminal hands. In 18 states, private sellers must run background checks on handgun sales, but in the other 32 states there are no restrictions on what can be sold privately without a background check.

The Obama administration could address this loophole by clarifying what it means to “engage in the business” and giving prosecutors the ability to crack down on unlicensed dealers who give criminals access to guns.

“If there was better guidance and there was a presumption that a person who sold a certain number of guns per month” was actually engaging in the business, says Elizabeth Avore, legal director at Everytown for Gun Safety, which advocates for tougher gun laws, then prosecutors could bring more cases against “these high-volume sellers who are feeding the criminal market.”

The White House could instruct the FBI to inform state and local law enforcement when someone fails a background check. Alerting local law enforcement when this happens could give local authorities a heads-up about people who aren’t allowed to buy guns but are trying to do it anyway. It’s illegal to “lie and try to buy” a gun, so providing false information on background check forms is a crime, even if people are rarely prosecuted for it.

Avore uses the example of a man who tries to buy a gun shortly after his ex-wife takes out a restraining order against him. “He’s actually committed a crime trying to buy that gun,” says Avore. “That’s something that state and local law enforcement can use both to prosecute him and also just to be aware that there’s this prohibited person/domestic abuser who’s trying to get his hands on a gun.”

As advocates for gun control often say, the National Instant Criminal Background Check System (NICS) is only as good as the data it contains. States are required to notify the FBI when residents fall into a category that would bar them from buying guns, but when they fail to do so in a timely fashion, dangerous people can buy guns. Some states are “irresponsibly slow” in reporting these people to the federal database, says Freilich. “The federal government has more tools that we do not believe they are fully embracing yet to encourage compliance,” he says. “They’ve used carrots but not a lot of sticks.” One potential stick would be for DOJ to withhold grant funding to states that report dangerous people at an inexcusably slow rate.

When a seller calls in to NICS to run a background check, the FBI does not ask whether the sale is private or through a licensed dealer. The result is an inability to determine whether private sellers are following the rules in the 18 states whose laws require background checks for some private sales, and how successful those laws are at stopping sales to people who are not allowed to buy guns. Better data would help advocates push for private-sale background checks in more states. “That’s one simple thing they could do that would make a really big difference in helping make the case for background checks in this country,” says Avore.

In 2006, DOJ issued a legal opinion allowing gun dealers who have their licenses stripped for violating gun sale regulations to sell off their remaining stock privately without conducting background checks. Advocates want DOJ to revise that rule so that leftover inventory has to be sold to another licensed dealer, who would then resell it with background checks. “Essentially we’re allowing the most irresponsible dealers, who have lost their ability to sell precisely because they’ve been irresponsible and acted illegally, to sell firearms without background checks,” explains Freilich of the Law Center to Prevent Gun Violence.

In one 2006 case out of Baltimore, for example, the Bureau of Alcohol, Tobacco and Firearms shut down a gun dealer with more than 900 infractions of federal regulations but allowed the dealer to sell off his remaining stock—more than 700 guns—without background checks.

“These are small, sometimes unsexy rule changes that matter,” says Freilich. “Because that one Baltimore dealer disposed of hundreds of dangerous firearms in his community without background checks. If one of those gets in the wrong hands, lives are lost.”