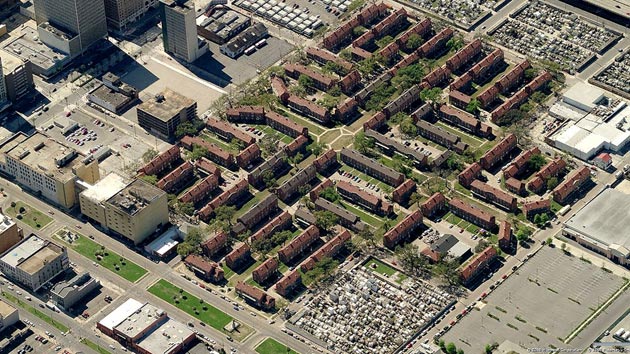 In the coming days, the Supreme Court will hand down a decision that could weaken the Fair Housing Act’s ban on racial discrimination in housing. The timing couldn’t be worse: The nation’s housing affordability crisis is growing, according to research from the Urban Institute published last week.

Researchers found that in 2013, the last year for which data is available, no county in the US had enough affordable housing for its “extremely low-income” households—those making less than 30 percent of their county’s median income. Nationwide, just 28 out of every 100 extremely low-income households had housing considered affordable by government standards, renting at less than 30 percent of their income. The report also found that the affordability gap is widening: Between 2000 and 2013, the number of extremely low-income households seeking to rent increased 38 percent nationwide, from 8.2 million to 11.3 million, while the supply of affordable housing increased only 7 percent, from 3 million to 3.2 million.

Every county in the US had a large gap between the renting needs of its extremely low-income population and available affordable housing. Ben Chartoff/The Urban Institute

The Urban Institute produced a handy interactive showing the affordability gap for low-income renters, county-by-county, using data from the Census and the Department of Housing and Urban Development (HUD). The report also breaks down some of the key issues contributing to the housing affordability crisis:

Federal housing assistance—in the form of public housing, rent vouchers, and other subsidies—has grown modestly since 2000, but now makes up a far greater share of the affordable housing stock, the Urban Institute found. That’s in part due to low vacancies and increasing rents nationwide, which have lifted market-rate units that were once affordable beyond the reach of low-income families. But others have been completely wiped from the market: The report notes that 13 percent of unassisted units with rents at or below $400 in 2001 had been demolished by 2011 and weren’t replaced. “Nearly half of the remaining units were built before 1960, putting them at high risk of demolition,” the researchers add.

2. Cities in the South and West are especially strapped when it comes to federal housing assistance.

Large cities like New York, Los Angeles, and Boston benefit from a legacy of early federal housing assistance—investments that began in the 1930s and 40s with military housing programs and expanded with federally funded construction in the 1960s, 70s, and 80s. But in recent decades, as the US population has shifted to the South and the West, those earlier federal commitments to cities haven’t been matched. “It’s important to remember that housing assistance is not an entitlement,” notes Erika Poethig, director of the Institute’s urban policy initiatives, but is instead subject to the whims of Congress. In the case of a relative upstart city like Dallas, major population growth hasn’t led to proportionally larger allocations of federal rental assistance.

The researchers caution that many recipients of federal housing assistance remain burdened by rent, spending above the recommended 30 percent of income. Poethig says there are many possible explanations for why that’s the case, including the difficulty of estimating housing costs and the unpredictability of incomes and job security. But consumer choice may also be a factor. “One thing we do know is that households that are using vouchers are looking in a better neighborhood,” she says. “They’re able to get into a neighborhood that’s able to offer more opportunity, so they will stretch beyond the 30 percent threshold because it has payoff.” After SCOTUS rules on Texas Department of Housing and Community Affairs v. The Inclusive Communities Project, likely in the next week, that payoff may grow even less accessible for low-income households. A ruling that invalidates portions of the Fair Housing Act could hurt future legal challenges to a web of bank policies, zoning laws, and planning decisions that housing advocates argue make prosperous neighborhoods less accessible and affordable.