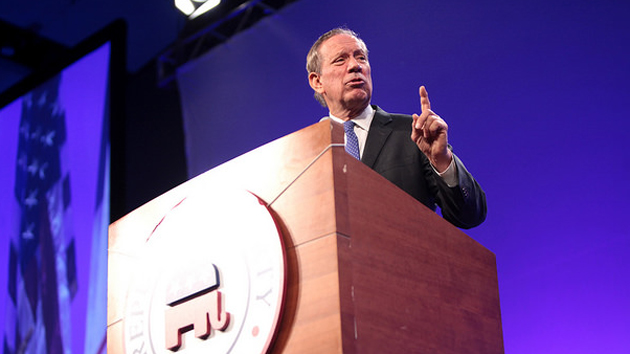 The good news: The GOP 2016 field has a contender who believes human-induced climate change is real and extensive action must be taken to reduce emissions. The bad news: It’s George Pataki.

The former New York governor announced his entry into the race on Thursday—and, predictably, the political earth did not move. Few members of the politerati view Pataki as a top-tier candidate. His name recognition is low. And after he left New York state’s top job in 2006, Pataki, who had unexpectedly defeated then-Gov. Mario Cuomo in 1994, has been largely absent from politics. But he did—of course—join a law firm. And he formed a consulting group to provide guidance to firms in the energy, infrastructure, clean-tech, and environmental fields. Clean tech? Yes, he was a fan of green-friendly enterprise. But—for a Republican contender—it’s even worse: Pataki became an advocate for climate change action.

In 2007, he was named co-chair of the Independent Task Force on Climate Change organized by the Council on Foreign Relations. The other co-chair was Tom Vilsack, the former Democratic governor of Iowa who is now President Barack Obama’s agriculture secretary. Other members of this very blue-ribbon commission included Lawrence Summers, Theodore Roosevelt IV, and Timothy Wirth. And after a year of study and deliberations, the panel put out a 142-page report that would horrify the Republican Party of today, for it noted that human-caused climate change posed a crisis and that comprehensive action was required immediately. It proposed a cap-and-trade system to dramatically reduce US emissions. 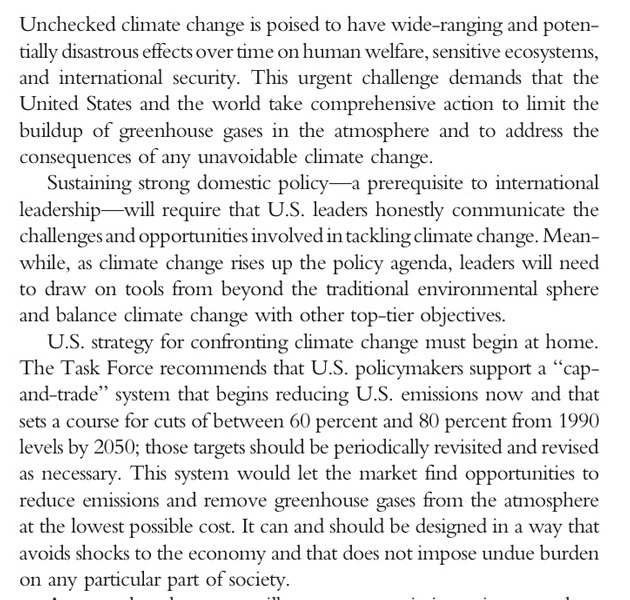 In a chapter entitled “Leadership,” the report noted that redressing climate change would “demand much of U.S. leaders” and “require strong cooperation between the executive branch and Congress.” It called for bipartisan action. The report concluded, “Addressing climate change will be no easy task. But with careful and creative strategy, tempered by modesty in its knowledge of how to address to [sic] the challenge but driven by an equally clear recognition of its gravity, the United States can ultimately help lead the world to a safer place.”

That’s certainly not the Republican line these days. Earlier this year, the GOP-controlled Senate voted that climate change is not caused by human activity. And it’s become a GOP article of faith that climate change is a phony issue and cap-and-trade (or any other response) is a left-wing plot to impose more taxes on Americans for the sake of imposing more taxes on Americans.

So it will be interesting to see how Pataki handles—or dodges—this issue as he campaigns for Republican votes. Here’s one clue: His bio on his campaign website doesn’t mention his climate change work. And he neglected to mention climate change during his announcement speech. Perhaps he needs to re-read his own report.