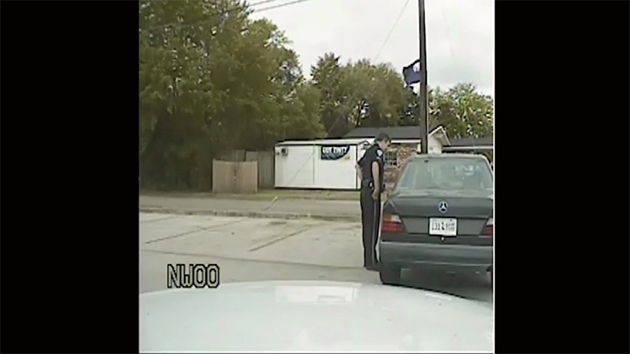 On Thursday, South Carolina’s Law Enforcement Division released the dashcam footage of the moments leading up to officer Michael Slager’s fatal shooting of Walter Scott. It opens with Slager following Scott, who was driving a Mercedes-Benz, into a parking lot. They stop, then Slager walks up to Scott’s window, asks for his license and registration, and informs him that he was pulled over because of a broken brake light. Slager returns to his car. Moments later, Scott opens his door and runs away. A chase ensues, culminating in Slager firing eight shots and killing Scott.

In the aftermath of Scott’s death, little attention has been paid to fact that it was precipitated by a traffic stop. But Scott certainly wasn’t the first such encounter to go wrong: Both of the two other fatal police shootings in South Carolina over the past year that led to criminal charges also began with traffic stops. One was for a suspected DUI. The other was for a busted tail light.

A search of news reports from the past decade turns up several other fatal police encounters that began with traffic stops: The deaths of Julio Eddy Perez in Los Angeles in 2008, DeCarlos Moore in Miami in 2010, Noel Polanco in New York City in 2012, Jerame Reid in New Jersey in 2014, Ezell Ford in Los Angeles in 2014, and David Kassick in Pennsylvania this February. (A 1976 traffic stop that nearly killed a black man prompted the Supreme Court to review—and approve—police officers’ use of chokeholds.)

So how often do traffic stops turn into police shootings? The short answer is that we don’t know. But there’s compelling evidence that black drivers are disproportionately likely to get pulled over. The Department of Justice’s 2011 Public-Police Contact Survey reported that black and Hispanic drivers were pulled over, ticketed, and searched at higher rates than whites. (It also found that cops used physical force against about 1 percent of drivers pulled over at traffic stops, but didn’t specify the drivers’ race.)

In 2014, three sociologists at the University of Kansas surveyed more than 2,300 drivers in and around Kansas City. They discovered that while stops over traffic safety violations showed little racial disparity, when it came to stops related to minor violations, like expired license plate stickers, black drivers were pulled over twice as often.

These “investigatory stops” provided what Slate‘s Jamelle Bouie describes as a “pretext for something more sinister”:

In these, drivers are stopped for exceedingly minor violations—driving too slowly, malfunctioning lights, failure to signal—which are used as pretext for investigations of the driver and the vehicle. Sanctioned by courts and institutionalized in most police departments, investigatory stops are aimed at “suspicious” drivers and meant to stop crime, not traffic offenses. And as the authors note, “virtually all of the wide racial disparity in the likelihood of being stopped is concentrated in one category of stops: discretionary stops for minor violations of the law.”

The difference between the two kinds of stops is dramatic. Where traffic safety stops are mostly painless (other than tickets), investigatory stops involve searches, impromptu interrogations, and occasionally handcuffs and weapons.

That Walter Scott was driving a Mercedes may not have helped. As the University of Kansas researchers found, an African-American man under 40 had a 36 percent chance of getting pulled over for an investigatory stop in a given year if he drove a domestic luxury car—versus 21 percent for if he drove a non-luxury car. (Scott was 50.)

And there’s a growing body of research showing that implicit bias likely played a role in Slager’s split-second decision to shoot Scott. But as Bouie points out, racial bias is hardly relevant when it comes to the traffic stop that started their encounter. “What matters is that this universal suspicion is baked into the culture of police departments across the country, such that all kinds of officers—black as well as white—engage in profiling”—an unknown number of which have turned lethal. And so long as that culture persists, Chris Rock’s selfies will keep coming.