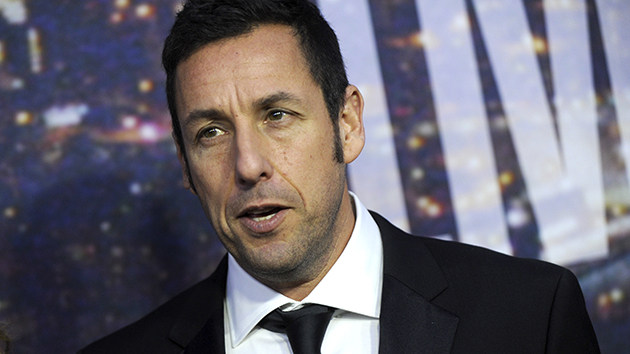 About a dozen Native American actors quit the set of a new Adam Sandler film, produced by Netflix, to protest the script’s portrayal of Apache culture and what the actors claim are racist jokes about native women and elders.

According to a report by Indian Country, the actors of “The Ridiculous Six,” a spoof of the classic western flick “The Magnificent Seven,” complained to producers about the offensive stereotypes, which include the naming of female characters as Beaver’s Breath and No Bra. One scene also has a native woman “squatting and urinating while smoking a peace pipe.”

Allison Young, a Navajo Nation tribal member and student, said the actors talked to the producers and told them what they found offensive. “They just told us, ‘If you guys are so sensitive, you should leave,'”she said. “I didn’t want to cry but the feeling just came over me. This is supposed to be a comedy that makes you laugh. A film like this should not make someone feel this way.”

Loren Anthony, another tribal member and actor, told Indian Country that while he initially had reservations about appearing in the film, producers had assured him the jokes would not be racist. But from the very beginning, he said, things “started getting weird” and what were supposed to be jokes were simply offensive.

Netflix defends the film as a supposed satire. “The movie has ‘ridiculous’ in the title for a reason: because it is ridiculous,” the company said in a statement. “It is a broad satire of Western movies and the stereotypes they popularized, featuring a diverse cast that is not only part of—but in on—the joke.”

“The Ridiculous Six” follows a string of flops for Sandler, whose recent films include the 2012 movie “Jack and Jill,” which succeeded in winning every single category at the Razzies that year. His latest production stars Nick Nolte, Steve Buscemi, Will Forte, and Vanilla Ice. A preview of what that looks like below:

“Nothing has changed,” Young says. “We are still just Hollywood Indians.”