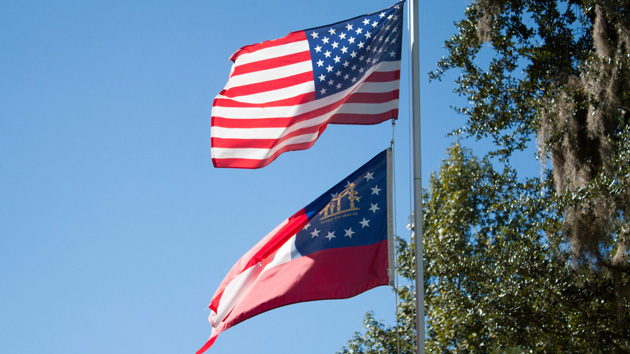 The Georgia Republican Party, and its chair, John Padgett, have already been sued once in the past year over allegations of racial discrimination and racial slurs. Now, Padgett, his wife, and the company he owns are being sued again, on the grounds that they frequently engaged in “bigoted, racist and sexist commentary” about the employees who work there, a possible violation of the federal Civil Rights Act and the Fair Labor Standards Act.

The latest suit was filed by Vanessa Dewberry, a former manager at Southeast Ambulance Inc., a company owned and operated by Padgett. Dewberry, who is black, was usually the only person of color in higher-level meetings, the suit notes. That meant she was privy to the allegedly questionable comments of the predominately white management. In February 2014, Dewberry decided to record a meeting. What she heard became the basis of her lawsuit:

“As shocking as this type of unlawful ridicule of SEA employees was,” the suit states, “Ms. Dewberry recognized that it was typical of SEA meetings and was not likely to stop without some intervention.” Dewberry complained to Padgett and company HR director Michelle Hayes directly after the meeting, but her lawyers say no action was taken to address the complaint. Less than a week later, Padgett fired her. Dewberry is suing not only for racial discrimination and wrongful termination, but also for wages—her suit also alleges she was not fully paid for her work.

Padgett’s alleged bad behavior extended to his work as chairman of the state GOP, too. The earlier suit, filed in July 2014 by Padgett’s ex-assistant, Qiana Keith, is still pending. Keith alleges that she endured consistent racial discrimination and racial slurs while working at the Georgia Republican Party, including being ordered not to park in front of the party offices. State party lawyers deny Keith’s claims; attempts to reach Padgett for comment were unsuccessful, and SEA declined to comment. Padgett is a longtime conservative activist in Georgia, and was elected as chair in 2013 on a platform of “fighting the liberal media” and “building a new majority” by promoting diversity, according to a campaign ad.