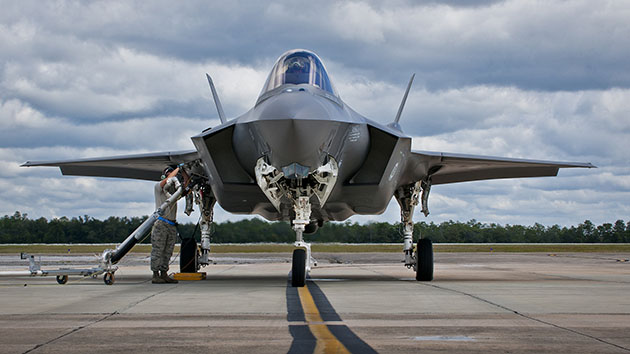 Originally slated to cost $233 billion, the Pentagon’s F-35 Joint Strike Fighter program could end up being costing more than $1.5 trillion. Which might not be so bad if the super-sophisticated next-generation jet fighter lives up to its hype. A recent report from the Defense Department’s Director of Operational Test and Evaluation paints a pretty damning picture of the plane’s already well documented problems. The report makes for some pretty dense reading, but the Project on Government Oversight, a watchdog group that’s long criticized the F-35 program, has boiled down the major issues.

Here are a few:

Teaching to the test: The blizzard of testing required on the plane’s equipment and parts isn’t exactly going well, so the program’s administrators are moving the goal posts. Test scores are improving because the stats are being “massaged” with tricks like not recounting repeated failures. Some required testing is being consolidated, eliminated, or postponed. “As a result,” POGO writes, “the squadron will be flying with an uncertified avionics system.”

Unsafe at any airspeed? The high-tech stuff that was supposed to make the F-35 among the most advanced war machines ever built pose serious safety risks. For example: The fuel tank system “is at significant risk of catastrophic fire and explosion in combat,” according to POGO. The plane isn’t adequately protected against lightning strikes (in the air or on the ground); it’s currently prohibited from flying within 25 miles of thunderstorms. That’s a major problem for a plane training program based in the Florida panhandle.

Flying blind: The F-35’s fancy helmet-mounted display system, which is supposed to show pilots an almost 360-degree view that includes panel controls and threat information, has “high false alarm rates and false target tracks.” Its unreliability, combined with the plane’s design, make it impossible for pilots to see anything behind or below the cockpit.

Wing drop: The DOD report points out an ongoing problem with “wing drop“: When maneuvering at high speeds, the F-35 may drop and roll to one side. This issue has been known to designers for years, and they’ve tried designing add-on parts to address the problem. The fixes, unfortunately, will “further decreas[e] maneuverability, acceleration, and range,” according to POGO.

Engine trouble: For years the F-35s engines have suffered design and performance problems, and these problems have never been fully solved. Last summer these problems resulted in one engine ripping itself apart and destroying one of the planes. At the time, officials said this was a one-time occurrence, but a permanent fix has yet to be determined and the plane may not be airworthy, according to Department of Defense regulations.

Software bugs: The plane’s software includes more than 30 million lines of code. Problems with the code are causing navigation system inaccuracies, false alarms from sensors, and false target tracks. The operating system is so cumbersome that it requires the “design and development of a whole new set of…computers.” The software glitches also affect the plane’s ability to “find targets, detect and survive enemy defenses, deliver weapons accurately, and avoid fratricide.”

More cost overruns: Due to all the testing delays, design problems, and maintenance issues, taxpayers could be on the hook for an additional $67 billion to deploy the F-35. That’s a lot of money. Even for the US military.