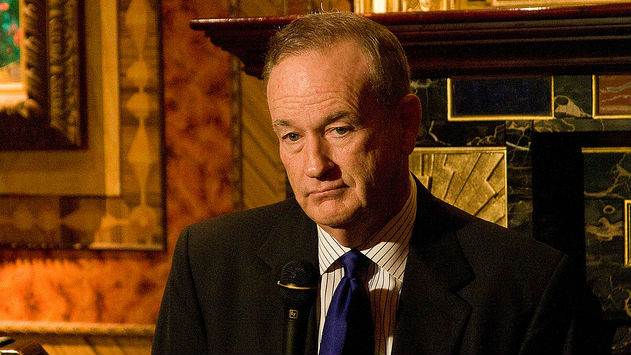 Fox News host Bill O’Reilly continues to insist that he never misrepresented or embellished his wartime reporting experiences and other previous episodes—even after CNN, the Washington Post, the Guardian, Media Matters, and Mother Jones reported significant discrepancies between O’Reilly’s accounts and what actually occurred. Last Tuesday, O’Reilly appeared on David Letterman’s show, where he maintained he had always been “accurate” when discussing his journalistic exploits and had never “fibbed” on air. (“Not that I know of,” he said.) Yet O’Reilly’s characterizations of his reporting during the Falklands war, El Salvador’s civil war, the troubles in Northern Ireland, the Los Angeles riots of 1992, and the 1977 re-investigation of the John F. Kennedy assassination have been repeatedly challenged, in several cases by former colleagues. Now a principal character in one of O’Reilly’s more dramatic tales—in which the Fox commentator plays a heroic role—says this particular story is not accurate.

In recounting his experiences as a CBS News correspondent reporting from a “war zone” during the 1982 Falklands war, O’Reilly has said that he rescued a CBS colleague during a violent protest that erupted near the presidential palace in Buenos Aires after Argentina surrendered to the British. During a 2013 episode of the O’Reilly Factor, he recalled:

I was in a situation one time, in a war zone in Argentina, in the Falklands, where my photographer got run down and then hit his head and was bleeding from the ear on the concrete. And the army was chasing us. I had to make a decision. And I dragged him off, you know, but at the same time, I’m looking around and trying to do my job, but I figure I had to get this guy out of there because that was more important.

O’Reilly told a similar version in a 2009 interview: “The camera went flying. I saved the tape because it was unbelievable tape. But I dragged him off the street because he was bleeding from the ear and had hit his head on the concrete.” In this account, O’Reilly claimed that soldiers had fired into the crowd with live ammunition, “gunning down” civilians, and that a soldier pointed an M-16 at him as he tried to assist his injured cameraman. In a 2001 book, O’Reilly reported that “many” people had died during this melee.

“I was not beaten at any time during my Buenos Aires assignment. I do not even recall Mr. O’Reilly being near me.”

The record is clear, and O’Reilly’s own report for CBS News confirms this: Argentine soldiers did not massacre civilians during this protest. And now the cameraman who shot the video that O’Reilly filed from this demonstration says another part of the Fox host’s account is untrue: O’Reilly never came to his aid, nor was he in need of rescue.

Ignacio Medrano-Carbo says he was the cameraman on O’Reilly’s crew that night. Jim Forrest, the crew’s sound man, confirms Medrano-Carbo was paired up with O’Reilly. “I worked with Ignacio during the surrender riots in Argentina during the Falklands war,” Forrest says in an email. “We were O’Reilly’s crew the night of the riots.” (O’Reilly has identified another CBS journalist named Roberto Moreno as his cameraman, but Forrest, Medrano-Carbo, and another former CBS journalist who worked in Argentina say that Moreno was a sound man at that time; Moreno has turned down requests from reporters to talk about the episode.) Medrano-Carbo certainly was shooting video in the middle of the tumult. A BBC documentary (at the 56:28 mark) captured him filming scenes that appeared in O’Reilly’s report.

Medrano-Carbo has sent the following statement to Mother Jones:

After a call from a cameraman friend, I watched Bill O’Reilly’s report filed in 1982 from Buenos Aires for CBS during the Falkland War posted a few weeks ago on the Mother Jones web page. The part that caught my attention was Mr. O’Reilly’s claim that he helped his cameraman to safety who was bleeding out of his ear after he fell when chased by the army.

Ninety-nine percent of the footage in that report was shot by me. Does that make me his cameraman? I never fell nor was I bleeding out my ear at any time during my Buenos Aires assignment. I do not even recall Mr. O’Reilly being near me when I shot all that footage nor after I left the unrest at Plaza de Mayo that evening. But it is not uncommon to be separated from your reporter during a disturbance such as that one.

In another report…Mr. O’Reilly states that his cameraman that night was Roberto Moreno. Mr. Moreno was indeed there but at that time he was a sound man and working with seasoned CBS cameraman Carl Sorensen. Mr. Moreno, who became my friend, did not pick up a camera until years later. My last name is Medrano perhaps Mr. O’Reilly got confused since Mr. Moreno went on to shoot for CBS News? Medrano? Moreno?

Lastly, I can confirm that no one I know of who worked with me in Buenos Aires during the Falkland War ever heard of any CBS crew member getting beat or hurt. Nor did any demonstrators get killed that night at Plaza de Mayo—to quote a colleague, “or we would’ve been following up at the morgue and interviewing family members.”

Fox News and O’Reilly did not respond to a request for comment.

UPDATE: After this story was posted, O’Reilly told TheWrap, “I never worked with Ignacio Medrano-Carbo. This is nothing more than yet another coordinated attack which predictably comes on the heels of my appearance on The Late Show with David Letterman.” In response, Medrano-Carbo tells Mother Jones, “I don’t know what to say… Ninety-nine percent of that footage in his report was mine. How’d he get that footage, if I’m not his cameraman?…I have the footage to show.” Medrano-Carbo shared with Mother Jones the raw footage he shot that night, and it does match the video in the report O’Reilly filed. He adds, “You can see me in the BBC report. Why would I lie? You used 99 percent of my stuff, and I’m not your cameraman? I certainly did not get beat up. You did not help me.”