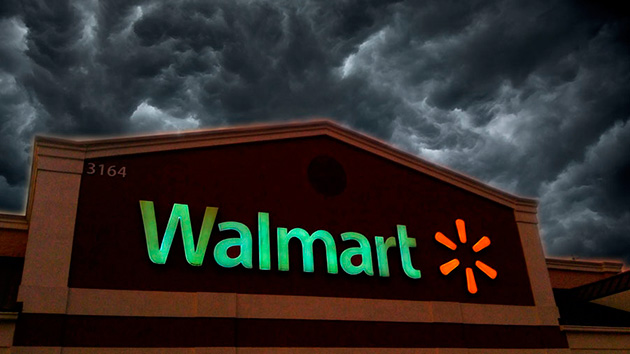 Nearly two dozen major corporations, including Walmart, Nordstrom, and Safeway, are bankrolling a quiet, multistate lobbying effort to make it harder for workers hurt on the job to access lost wages and medical care—the benefits collectively known as workers’ compensation.

The companies have financed a lobbying group, the Association for Responsible Alternatives to Workers’ Compensation (ARAWC), that has already helped write legislation in one state, Tennessee. Richard Evans, the group’s executive director, told an insurance journal in November that the corporations ultimately want to change workers’ comp laws in all 50 states. Lowe’s, Macy’s, Kohl’s, Sysco Food Services, and several insurance companies are also part of the year-old effort.

Laws mandating workers’ comp arose at the turn of the 20th century as a bargain between employees and employers: If a worker suffered an injury on the job, the employer would pay his medical bills and part of his wages while he recovered. In exchange, the worker gave up his right to sue for negligence.

ARAWC’s mission is to pass laws allowing private employers to opt out of the traditional workers’ compensation plans that almost every state requires businesses to carry. Employers that opt out would still be compelled to purchase workers’ comp plans. But they would be allowed to write their own rules governing when, for how long, and for which reasons an injured employee can access medical benefits and wages.

In recent years, companies have used that freedom to severely curtail long-standing benefits.

Two states, Texas and Oklahoma, already allow employers to opt out of state-mandated workers’ comp. In Texas, the only state that has never required employers to provide workers’ comp, Walmart has written a plan that allows the company to select the physician an employee sees and the arbitration company that hears disputes. The plan provides no coverage for asbestos exposure. And a vague section of the contract excludes any employee who was injured due to his “participation” in an assault from collecting benefits unless the assault was committed in defense of Walmart’s “business or property.” It is up to Walmart to interpret what “participation” means. But the Texas AFL-CIO has argued that an employee who defended himself from an attack would not qualify for benefits.

“It creates a race to the bottom.”

A 2012 survey of Texas companies with private plans found that fewer than half offered benefits to seriously injured employees or the families of workers who died in workplace accidents. (The state plan, which Texas companies can follow on a voluntary basis, covers both.) Half of employer plans capped benefits, while the state plan pays benefits throughout a worker’s recovery.

Businesses can save millions of dollars by opting out and writing plans with narrow benefits, putting pressure on their competitors to do the same. “It creates a race to the bottom,” says Michael Clingman, a workers’ advocate in Oklahoma, which passed an opt-out measure in January 2014. The state’s oil and gas industry, along with major retailers, such as the craft store chain Hobby Lobby, pushed hard for the change—with help from a lobbyist, Steve Edwards, who now heads ARAWC’s legislative strategy. Dillard’s, a department store chain with 10 locations in Oklahoma, took advantage of the change by requiring workers to report injuries before the end of their shift to be eligible for workers’ comp. Walmart and Dillard’s declined to comment for this article.

Now, ARAWC wants to take the Texas and Oklahoma model nationwide. Tennessee, where Lowe’s, Walmart, and Kohl’s each have about 20 locations, is the only state where the group has pushed legislation so far. But ARAWC is already considering its next targets. “ARAWC hopes to see some neighboring states take up legislation this year and we’re ready to assist those legislatures as well,” Evans, the group’s executive director, writes in an email.

Conservative Southern states where ARAWC’s corporate funders have major operations—including Florida, Georgia, and Alabama—are on the group’s shortlist. And ARAWC has already hired lobbyists in North and South Carolina. The group has written model legislation, but ARAWC intends to work closely with lawmakers to adapt its model for individual states.

“This piece of legislation is designed as a cost-saving measure for the employer. Anywhere they save a dollar, it costs the employees a dollar. It’s just a shift in costs.”

When ARAWC targets a state, it moves aggressively. In Tennessee, the group has spent more than $50,000 deploying lobbyists to push its legislation. Evans says that state Sen. Mark Green, who introduced the opt-out bill, was already working on the legislation before ARAWC started pushing for it. But a February blog post written by an executive at Sedgwick, an insurance company that helped found ARAWC, suggests the group played a more active role. In the post, the executive boasts that ARAWC “secured a highly respected bill sponsor”—presumably Green—to introduce the bill, which the group “assisted in drafting.” When Green emailed me to set up a phone call, he CC’ed an ARAWC lobbyist. (In the end, Green declined to be interviewed.)

Green’s proposal, which supporters are calling the Tennessee Option, bears many of the hallmarks of the Texas and Oklahoma system: It allows businesses to place strict spending caps on each injured worker and to pick and choose which medical expenses to cover. “We took the best of both and put it together to make it work for Tennessee businesses,” Green told an insurance trade magazine.

The bill as introduced does not require employers to pay for artificial limbs, hearing aids, home care, funeral expenses, or disability modifications to a home or a car for injured workers. All of these benefits, notes Gary Moore, president of the Tennessee AFL-CIO Labor Council, are mandated under the state’s current workers’ comp system.

“This piece of legislation is designed as a cost-saving measure for the employer,” Moore says. “Anywhere they save a dollar, it costs the employees a dollar. It’s just a shift in costs.”

Green has discussed adding funeral benefits and rehab training to the bill when the Senate Commerce and Labor Committee meets on March 30 to debate the legislation. Evans, in his email, says that the amendments may also address disability benefits. If the committee approves the measure, the full Legislature, which is dominated by the GOP and has already made business-friendly changes to the state’s workers comp system, is likely to approve it too.

“We’re out there saying, ‘Well if you guys do such a great job, why don’t you allow us access to your data?’ And we are met with complete stonewalling.”

Under the current system, employers must cover a worker’s medical expenses for as long as he needs treatment. Green’s bill would allow companies to stop paying lifetime benefits after three years or $300,000, whichever comes first.

“It’s the people who are hurt more severely and have ongoing issues who notice a big difference,” says Rick Levy, the legal director for the Texas AFL-CIO. Those people, he says, “are going to find this to be a disaster.” Mary Elizabeth Maddox, a Tennessee workers’ compensation attorney who represents both employers and employees and opposes Green’s bill, recalls a case in which a workplace accident paralyzed a 23-year-old man and confined him to a wheelchair. He sued her client, the employer. “For him, $300,000 is not going to go very far.”

ARAWC acknowledges that its goal is to slash health care spending. The group’s Tennessee proposal, it boasts in a fact sheet, would “lower costs to employers” and allow businesses to “require more accountability from injured workers” by choosing their doctors and forcing them to stick to the company doctor’s treatment plan to retain their benefits.

Green and Evans, ARAWC’s executive director, have insisted that the Texas businesses providing their own coverage have superior medical care and higher rates of employee satisfaction. Evans reiterated this in his email to Mother Jones: “We just want employers and employees in other states to have access to this great program.”

Workers advocates’ counter that there is scarce data to back that up. “It’s a complete black box surrounding what happens to the workers in these companies,” Levy says. Evans, he notes, is the top lobbyist for Texas Alliance of Nonsubscribers, a coalition of Texas businesses, including Walmart, that opt out and write their own plans. Max Koonce, the head of risk management for Walmart, is also ARAWC’s CEO. Lobbyists for the Texas Alliance of Nonsubscribers have helped defeat legislation requiring opt-out companies to report how much they pay in wage replacement and medical benefits to injured employees.

“I anticipate if we pass this, the Tennessee option will become the US option.”

“They have a lot of nerve, the Richard Evanses of the world, saying that they’re doing this for the worker, when year after year, we’re out there saying, ‘Well if you guys do such a great job, why don’t you allow us access to your data?'” Levy continues. “And every session we are met with complete stonewalling.”

Oklahoma’s Legislature took four years to create its opt-out system. ARAWC hopes to achieve the same thing in Tennessee in a single legislative session—and then it’s on to the next state. In his interview with the trade journal, Green said he hopes the Tennessee model goes nationwide: “I anticipate if we pass this, the Tennessee option will become the US option.”

Update March 28: After this piece was published, a spokesman for ARAWC stressed in an email that opting out increases a company’s liability: “The proposed caps on medical benefits are offset by giving the injured employee something they don’t have under workers’ comp—the ability to sue for higher benefits including economic and non-economic damages.” Workers’ advocates note that lawsuits against companies that have opted out must be fought in federal court, an expensive and time-consuming prospect.