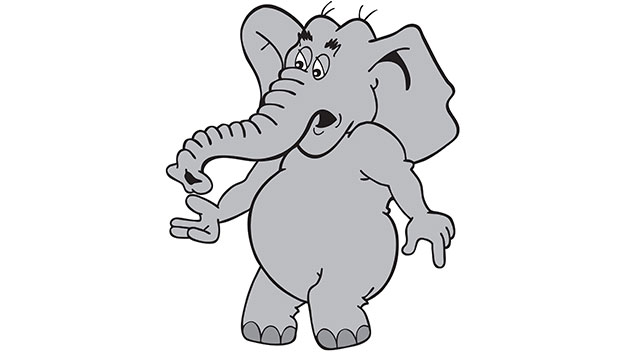 “Stop the federal internet takeover!” That’s the warning that Sen. Mike Lee blasted out to readers of conservative email lists last month. “This is essentially a massive tax increase on the middle class, being passed in the dead of night without the American public really being made aware of what is going on,” wrote the Utah Republican. “New taxes and fees” could total “$15 billion annually,” Grover Norquist, the head of Americans for Tax Reform, claimed in an op-ed. It’s “Obamacare for the internet,” Sen. Ted Cruz (R-Texas) hollered.

These conservative icons were raising the alarm about something that might seem remarkably boring: the Federal Communications Commission’s plan—scheduled for a vote next week—to classify the internet as a public utility. President Barack Obama has urged the FCC to do this in order to protect net neutrality, the idea that internet service providers shouldn’t discriminate between different types of content moving across their networks. For example, the rules would prevent Comcast from making shows from NBC, which it owns, stream faster than those from Netflix, which it doesn’t.

Net neutrality has some powerful supporters, including Obama and many major technology companies. But conservatives have generally opposed net neutrality. They warn that enforcing it through the FCC would just mean more regulation—and more taxes. And in their quest to defeat the president’s plan, net neutrality foes have repeatedly—and misleadingly—claimed that it will mean billions in new taxes.

Most of the time, these conservative alarmists don’t cite their sources. But Norquist and Rep. Marsha Blackburn (R-Tenn.), another net neutrality foe, have cited a study by the Progressive Policy Institute to support their argument. Two weeks before Sen. Lee blasted out his email, Michelle Ye Hee Lee, who writes the Washington Post‘s “Fact-Checker” column, gave Norquist and Blackburn “three Pinocchios” for this—in part because the PPI study didn’t say what they claimed it did.

It’s true that the PPI study estimates that net neutrality rules could increase fees and taxes by $11 billion. But that’s an extremely high guess. Here’s why: Federal law currently prohibits states from applying many types of taxes and fees to internet service. The PPI study relies on the assumption that, if the FCC decides to treat the internet as a telecom service, local and state regulators across the country will apply existing telecom fees to internet services. That would mean adding fees that currently apply to your phone bill—such as fees to help cover the cost of emergency 911 service—to your internet bill too.

“If these fees are already on the books and internet service gets reclassified as a public utility it makes it easier for these state and local authorities to argue [internet service] should be subject to the same fees,” says Hal Singer, one of the authors of the study. But it’s far from certain that all—or any—of these fees would actually end up being applied to the internet. The PPI study makes “guesses about taxes and fees that could apply without showing any of them would,” argues Matt Wood, the policy director at Free Press, a group that has pushed for strong net neutrality protections. Lee, the Post fact-checker, agrees: She says it’s unlikely that states would apply 911 fees, for example, to internet services.

Sen. Lee’s warning of a “massive tax increase…being passed in the dead of the night” is also “misleading,” Michelle Ye Hee Lee writes in an email. “If the FCC makes its decision, states and local governments will review the new rule to figure out what it means for them, then adjust codes or rules accordingly. Some states might take it to their legislatures…I take issue with warning the public that this huge tax increase will creep up on them.”

“I’m still unsure exactly how much” net neutrality will end up costing taxpayers, she adds. “The pro-net neutrality camp says it’ll cost $0, the anti-net neutrality camp pegs it at $15 billion. As I wrote in my article, it will be somewhere between there—possibly close to $4 billion.” But there are also potential economic benefits to net neutrality, Wood argues—benefits that are hard to estimate and that neither the PPI study nor Lee’s column considered. “The broadband providers would love to be able to charge everybody,” he says. Wood warns of a future “cable-ization” of the internet, in which consumers could have to pay separate rates to access different sorts of websites—a social package might include Facebook and Twitter; a sports package might include ESPN and Deadspin. “There’s definitely a savings for people in preventing [ISPs] from getting into this game of extra tolls and charges,” Wood says. “We’re trying to halt that process and that kind of extortion before it ever begins.”