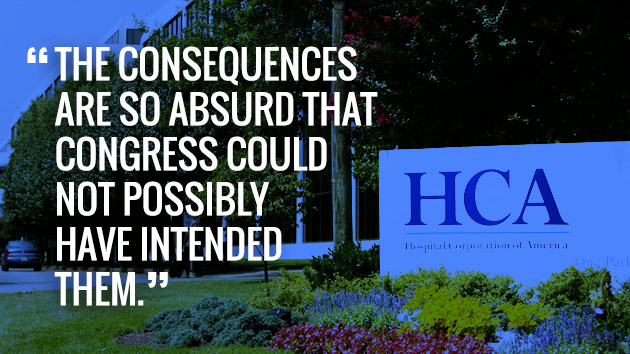 If getting rid of Obamacare is such a good idea, why isn’t corporate America getting behind King v. Burwell, the Supreme Court case designed to demolish the Affordable Care Act? More than 52 different parties have weighed in with briefs in advance of oral arguments on March 4. Of those, 21 have been filed on behalf of the plaintiffs, who claim millions of Obamacare consumers are receiving illegal health insurance subsidies. The groups filing these briefs include libertarian think tanks, pro-life organizations, Christian legal shops, and some conservative Republican legislators. But not a single business group—not the US Chamber of Commerce, not any of the health industry companies and trade groups that opposed the law when it was being drafted—has presented a brief endorsing this lawsuit. 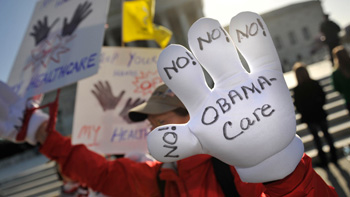 These outfits are either backing the Obama administration’s attempt to defeat the suit or sitting out this case. Briefs in the case help explain why: Obamacare is working. There’s no better evidence of this than a brief filed on behalf of the government in King by the Hospital Corporation of America, better known as HCA, the largest health care provider in the country (once run by Obamacare foe Florida Gov. Rick Scott). HCA argues that the legal theory advanced by the plaintiffs is “absurd,” but, more importantly, it presents detailed data drawn from its own operations that demonstrate that the health care law is helping patients and the company itself.

One of Congress’ goals in passing the Affordable Care Act (ACA) was to cut down on the number of uninsured people using expensive emergency rooms for medical care that would be better delivered in an ordinary doctor’s office. HCA notes in its brief that its data from 15 states that use the federal Obamacare exchange show this is exactly what’s happening. The company says that in 2014, uninsured patients visited the ER in its facilities 10 times for every one admission to the hospital—a sign that most of those ER visits weren’t emergencies. People insured through the exchange are visiting the ER three times for every one admission. HCA estimates that “uninsured patients are 300% more likely than Exchange patients to rely on ER care.”

Moreover, the data shows that a person who has obtained insurance through the federal Obamacare exchange is nearly twice as likely to use outpatient care—an indication that they are taking better care of themselves and obtaining care in a much less expensive fashion than those without insurance. “Thus, at the same time that Exchange patients are relying less on the ER, they are receiving more outpatient care than the uninsured, including care (such as chemotherapy) that is typically unavailable in the ER,” HCA says in its brief. “That care is being provided in more appropriate and cost-effective settings.”

HCA’s data also note that women are benefiting immensely from the Obamacare exchanges. The company reports that 53 percent of its uninsured patients are female. But 65 percent of its patients receiving exchange insurance are women. And many of them are using this insurance coverage to obtain cancer treatment.

Seventy-seven percent of the oncology treatments HCA provided to its exchange-based patients went to women. The ACA has, according to HCA, made breast cancer treatment vastly more available to women. Its federal exchange patients are more than three times more likely than uninsured women to get an ultrasound for a breast lump or abnormal mammogram.

HCA has an obvious interest in this case, for the plaintiffs in King are threatening the company’s sizable bottom line, as well as the grand bargain promised by the Obama administration and the law’s drafters in the effort to get it passed. In its brief, HCA says that Obamacare has already cost it more than $600 million in revenues between 2010 and 2014—and that’s just in the 15 states that haven’t created their own exchanges and where HCA has at least one facility. The decreases were part of the deal forged by the drafters of the ACA. The plan was for hospitals to agree to cuts in federal reimbursement for treating the uninsured, but in exchange they would benefit from an influx of newly insured patients.

HCA says that it has only recently begun to see new revenue come in. (Of the roughly 134,000 patients with federal exchange-based insurance who visited an HCA facility last year, 62 percent had never been there before. This suggests that the new insurance program was definitely driving business to HCA’s hospitals and clinics.) If the Supreme Court kills off the Obamacare subsidies, HCA says it will have to absorb about $350 million in initial losses and far more in the future.

In effect, HCA is telling the court that Obamacare is good for both corporate America and individual Americans getting insured through it.

An HCA lawyer didn’t return a call for comment, but that argument—emphasized by HCA in its brief, which mentions the lack of business community support for the King plaintiffs—may be aimed squarely at Chief Justice John Roberts Jr. Lawyers for the King plaintiffs have publicly opined that the conservative justices on the court will relish this opportunity to kill the ACA. But these attorneys may be miscalculating when it comes to Roberts, who provided the fifth critical vote to save Obamacare the last time the ACA faced a major challenge in the Supreme Court.

Roberts is a conservative, but he’s also a former corporate lawyer. During his tenure, he has consistently sided with corporate America and the Chamber of Commerce in all sorts of cases. An ideologically driven case like King might provide good fare for the court’s conservatives—but Roberts may draw the line at ruling in these plaintiffs’ favor when they are threatening the profits of big business. At least, that’s what one of the nation’s biggest health care companies is now hoping for.