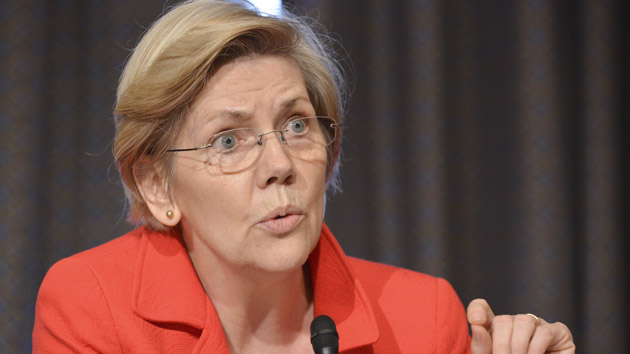 Based off its name alone, the US Consumer Coalition—which bills itself as a “grassroots organization” that exists to “build bridges, ensure public awareness and mobilize the powerful voices of consumers and business owners to protect our freedom of choice”—sounds like the sort of outfit you’d expect to find sticking up for the little guy.

Yet last month, Brian Wise, one of the group’s founders, penned an op-ed in the Hill attacking the Consumer Financial Protection Bureau, the consumer protection agency that came into existence in 2011 thanks to Elizabeth Warren. The CFPB crafts financial rules to protect ordinary consumers—making mortgage applications simple, preventing banks from hiding fees and charges, and cracking down on payday lenders. But since the US Consumer Coalition launched early last year, it has been on a mission to bring down the bureau—which it has called “America’s most dangerous federal agency”—and other financial regulators.

Conservative media outlets regularly turn to Wise, who has accused the CFPB of being a spying agency akin to the NSA, for quotes attacking Warren’s agency and financial reform from the consumer’s perspective, touting him as someone who represents consumer interests. But the US Consumer Coalition—which other consumer groups told me they had never heard of—is run and staffed entirely by a Virginia public relations firm stuffed with ex-GOP operatives. In fact, Wise tells Mother Jones a group of donors—he won’t say who—came to him last year and “hired” his firm, Wise Public Affairs, to set up the Consumer Coalition, which shares staff with his firm.

“This is sort of the new pro-choice movement, if you will,” Wise says. But he has an unusual résumé for someone who supposedly represents the interests of consumers. Before he became a consumer advocate, the press often described Wise as a Republican political consultant. His LinkedIn page describes expertise in “developing and executing public policy campaigns and corporate image campaigns through the use of non-profit organizations, grassroots mobilization, and strategic communication strategies.”

In some sense, Wise’s employees’ deep involvement in the Consumer Coalition’s work is no surprise: Setting up groups like the Consumer Coalition seems to be a big part of what Wise Public Affairs offers its customers. “Whether you partner with existing organizations or create new nonprofits to show support for your issue, we can develop, manage and execute a campaign that will produce results,” a July 2013 post to the firm’s Facebook page promised. “Let’s start the conversation about how we can support your policy campaign.” On its website, Wise Public Affairs touts an “Advocate Boot Camp” that trains corporate “employees, supporters, or stakeholders to become effective grassroots advocates,” and highlights how companies can “save money on expensive lobbying efforts by giving your people the tools to lobby directly at the grassroots level where they have more credibility and can more effectively advocate for your cause.” Another Facebook post from Wise Public Affairs specifically pitches financial-services companies, warning that “this election season poses special problems for many interest groups.”

The Consumer Coalition’s top issues, Wise says, are reforming the CFPB to weaken its power; “saving” Uber, the popular ride-dispatching app; and attacking Operation Chokepoint, a Department of Justice program intended to force banks to close accounts of businesses they suspect of committing fraud. In June, the Consumer Coalition announced plans to run a $3 million to $5 million campaign to tear apart Operation Chokepoint, including $1 million in paid ads. Last summer, the group hired Newt Gingrich, the former speaker of the House, as a paid adviser; he now gives closed-door speeches at DC steakhouses attacking Operation Chokepoint.

The group’s true funders may never be known. As a 501(c)(4) nonprofit, the Consumer Coalition is permanently exempt from revealing its donors.