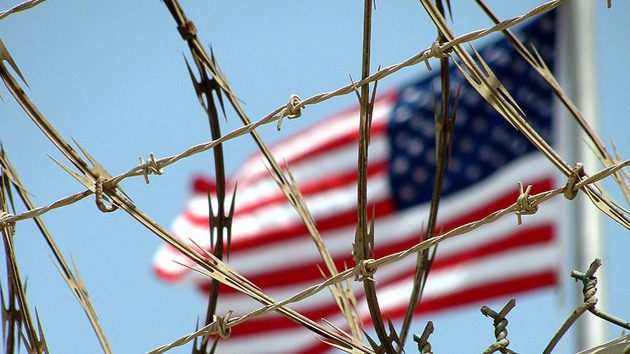 Recently, bipartisan momentum has been building behind an issue that has historically languished in Congress: criminal-justice reform. Recent Capitol Hill briefings have drawn lawmakers and activists from across the political spectrum—from Sen. Al Franken (D-Minn.) to Koch Industries general counsel Mark Holden, whose boss, conservative megadonor Charles Koch, has made reform a key philanthropic priority.

The emergence of this unlikely coalition has been building for some time: Liberals have long been critical of the criminal-justice status quo, and many “tough on crime” conservatives—growing concerned by the staggering costs of mass incarceration and the system’s impingement on liberty—are beginning to join their liberal and libertarian-minded colleagues. In the past, bills aimed at overhauling the criminal-justice system have stagnated on Capitol Hill, but the bipartisan players who are coming together to push for change means that there are some reforms that could realistically gain traction, even in this divided Congress.

Earned-time credits: These programs, under which prisoners can work to earn an early release by completing classes, job training, and drug rehab, are highly popular among reformers. Many states already offer them, and they’ve been touted as smart, efficient ways to reduce prison populations as well as recidivism rates. Jay Hurst, a criminal-justice lawyer and commentator at the Hill, says that this is the likeliest issue where Congress could pass legislation this year.

Easing up mandatory minimums: These laws, which broadly require those convicted of certain crimes to serve set sentences regardless of the specifics of the case, are considered hallmarks of the tough-on-crime approach politicians used to embrace. Critics, such as advocacy group Families Against the Mandatory Minimum, argue that these laws “undermine justice by preventing judges from fitting the punishment to the individual” and that they are one of the main reasons for overcrowded prisons. According to Jesselyn McCurdy, a criminal-justice expert at the American Civil Liberties Union, half of those locked up in federal prison are there for drug offenses, to which mandatory minimums are often rigorously applied.

Last January, Sens. Dick Durbin (D-Ill.) and Mike Lee (R-Utah) introduced the Smarter Sentencing Act, which intended to reduce the size of the prison population and rein in ballooning costs by reducing mandatory minimum sentencing, especially for drug-related crimes. Someone serving a 10-year sentence for a nonviolent crime could theoretically get out in five, under the legislation. The bill also proposed broadening judges’ discretion to sentence below federal minimums, known as the “safety valve” for oversentencing.

The Durbin-Lee bill died in committee—a common fate for criminal-justice legislation—and a total overhaul of mandatory minimums could be a tough ask for this Congress. The Senate Judiciary Committee’s new chair, Sen. Chuck Grassley (R-Iowa), is a vocal defender of sentencing minimums. Still, experts say there’s reason to believe some progress could get made. “Safety valve relief could happen this Congress,” Hurst said, because it’s considered a more moderate path to reducing sentences.

Juvenile-justice reform: Criticism has grown louder over the way the justice system treats juveniles, from its practice of trying younger teenagers as adults to its placement of some minors in brutal solitary confinement. Last summer, Booker and Sen. Rand Paul (R-Ky.) introduced the REDEEM Act (a.k.a. the Record Expungement Designed to Enhance Employment Act), which—among other things—aimed to eliminate solitary confinement for minors, and provided incentives, such as first dibs on public safety grant money, to get states to stop trying minors in adult courts.

REDEEM stalled in committee, but Michael Harris, senior attorney at the National Center for Youth Law, thinks this Congress will make progress. “There will be bipartisan support for legislative action on solitary,” Harris says. “There is growing support for limiting it…many places are just using it way too much.”

Reducing recidivism: A major talking point from reformers on the left and the right is the need to transform prisons into places that actually rehabilitate inmates—not the existing “graduate schools of crime” that encourage repeat offenses. For years, “policymakers across the political spectrum saw high rates of re-offense as inevitable,” so they just kept offenders behind bars, according to a report from the Bureau of Justice Assistance, an office within the Department of Justice. Some states, however, have changed their approaches to incarceration and reduced recidivism rates dramatically. North Carolina passed reforms in 2011 that allocated more resources towards smoothing parolees’ transitions into regular life through advising and planning help. The state’s recidivism rate has gone down nearly 20 percent, and it has closed nine correctional facilities.

In late 2013, Sens. Sheldon Whitehouse (D-R.I.) and John Cornyn (R-Texas) introduced the Federal Prison Reform Act of 2013, which aimed to translate successful state reforms to the federal level. The central proposal was to require that all inmates be classified by risk of recidivism (low, medium, or high) and allocate resources based on that. The bill was not enacted, but Whitehouse’s office confirmed that his cooperation with Sen. Cornyn will continue in this Congress, and it’s possible they’d revive their previous bill.*

Sealing and expunging records: The key provision of Paul and Booker’s REDEEM Act is one that gives adults convicted of nonviolent offenses a path to sealing their criminal records—something that could make finding employment much easier. It also provides for the “automatic expungement” of nonviolent crimes committed before the age of 15, and sealing the records of nonviolent offenders between 15 and 18. Harris thinks this issue could find new life in the new Congress: “It makes sense to pass bills like this.”

Despite the bipartisan efforts, many experts still believe that there are plenty of issues that could pose serious obstacles to compromise. Beyond the disagreement on mandatory minimums, there’s potential conflict on the role of for-profit prisons, which conservatives praise and Democrats like Booker loathe. Additionally, support for loosening drug penalties—particularly for marijuana—is growing broadly popular, but powerful Republicans remain vocal opponents. The ACLU’s McCurdy says that, despite potential hang-ups, she’s encouraged by the bipartisan concern over the state of the justice system. “I’m encouraged by how many diverse groups have come on board, which sends a signal to leadership that this is something the American people really want to get done,” she says.

There is one especially powerful force pushing along reform: The federal government is expected to spend nearly $7 billion on prisons this year, and conservatives in charge of Congress will be under pressure to bring down costs. “With every Congress, I’m hopeful for reform,” Hurst says. “But this Congress’ argument is based on money, not humanity, which is why it’s more realistic that it’d happen.”

Correction: The original version of this article misstated the fate of the Federal Prison Reform Act of 2013.