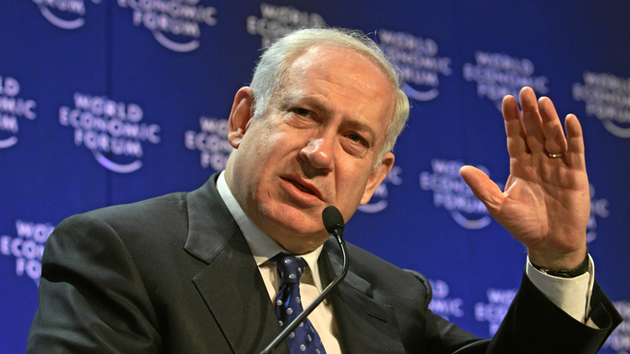 It was not so shocking that House Speaker John Boehner would seek to undermine President Barack Obama and his attempt to negotiate a nuclear deal with Iran by inviting Israeli Prime Minister Bibi Netanyahu to deliver an address to Congress, in which Netanyahu will presumably dump on Obama’s efforts. Nor was it so shocking that Netanyahu, who apparently would rather see another war in the Middle East than a deal that allows Iran to maintain a civilian-oriented and internationally monitored nuclear program, agreed to mount this stunt two weeks before the Israeli elections—a close contest in which the hawkish PM is fighting for his political life. Certainly, Netanyahu realized that this audacious move would strain his already-ragged ties with the Obama administration and tick off the president, who will be in office for the next two years and quite able to inconvenience Netanyahu should he hold on to power. (Even Fox News talking heads acknowledged that Boehner’s invitation and Netanyahu’s acceptance were low blows.) But what was surprising was how willing Netanyahu was to send a harsh message to American Jews: Drop dead.

For the past six years, one big question has largely defined US politics: Are you for or against Obama? The ongoing narrative in Washington has been a simple one: The president has tried to enact a progressive agenda—health care, gun safety, a minimum-wage hike, climate change action, immigration reform, Wall Street reform, gender pay equity, expanded education programs, diminishing tax cuts for the rich—and Boehner and the Republicans have consistently plotted to thwart him. The GOP has used the filibuster in the Senate to block Obama initiatives and routine presidential appointments. The House Republicans have resorted to extraordinary means—shutting down the government, holding the debt ceiling hostage, ginning up controversies (Benghazi!)—to block the president. All this has happened as conservative allies of the Republican Party have challenged Obama’s legitimacy as president (the birth certificate) and peddled vicious conspiracy theories (he’s a Muslim socialist who will destroy the nation). Throughout the Obama Wars, one demographic group that has steadfastly stood with the president is American Jews.

Jews have voted for Obama in strong numbers. In 2008, Obama drew 74 percent of the Jewish vote (maybe up to 78 percent). In 2012, he won about 69 percent. Yes, there was a drop-off, but it was consistent with Obama’s decline within other constituencies. The second time around he was slightly less popular with everyone. Moreover, in the 2014 congressional elections, 69 percent of Jewish voters, according to one poll, voted for a Democratic congressional candidate. That survey found that 57 percent of American Jews approved of Obama’s performance as president—a much higher number than the 43 percent approval rating among the general population. As the Hill noted:

The clear conclusion is that despite Republican efforts to target Jewish voters and to paint the president as somehow anti-Israel, the Jewish vote is not up for grabs. In fact, there has been a remarkable consistency in the Jewish vote for Congress over the past three elections as measured by GBA surveys, including 66 percent for Democrats in 2010, 69 percent in 2012, and 69 percent in 2014.

And there’s this. The poll asked American Jews to cite two issues of importance to them. Only 8 percent mentioned Israel, which put this subject in 10th place, far behind the economy and health care. Another survey conducted earlier in 2014 showed American Jewish voters overwhelmingly supporting Obama and listing the economy and the growing gap between the rich and poor as their top issues. As the New York Times reported, “Concern about Israel or Iran ranked very low, even when respondents were asked for the second most important issue that would determine their vote for president.” The paper quoted Robert Jones, head of the Public Religious Research Institute: “We show no slippage in Jewish support for President Obama.”

It’s no news flash that American Jews tend to be liberal. In 2013, the Pew Research Religious and Public Life Project spelled out the obvious:

Jews are among the most strongly liberal, Democratic groups in U.S. politics. There are more than twice as many self-identified Jewish liberals as conservatives, while among the general public, this balance is nearly reversed. In addition, about seven-in-ten Jews identify with or lean toward the Democratic Party. Jews are more supportive of President Barack Obama than are most other religious groups. And about eight-in-ten Jews say homosexuality should be accepted by society.

And this Pew report noted that most Jews support Obama’s stance on Israel: “Obama receives higher marks from Jews by religion than from most other religious groups for his handling of the nation’s policy toward Israel. The strongest critics of Obama’s approach toward Israel are white evangelical Protestants, among whom just 26% approve of his performance in this area.”

By RSVPing to Boehner’s invitation, Netanyahu is choosing sides and embracing the folks whom most American Jews oppose. He is butting into US politics and enabling the never-ending Republican campaign to undercut a president widely supported by American Jews.

That is not good for Jews in the United States or Israel. Israeli politicians have long counted on Jewish support in the United States—and support from conservative evangelicals. Yet there have been signs that non-Orthodox American Jews are not all that happy with Netanyahu’s policies. A 2013 poll found that only 38 percent of American Jews believed that his government was “making a sincere effort to bring about a peace settlement” with the Palestinians. Close to half believed Israeli settlement construction in the West Bank was a bad idea. (Only 17 percent said it helped Israeli security.) That is, Netanyahu’s right-wing approach—even if supported by AIPAC and other American Jewish establishment outfits—was not popular with many American Jews.

And now Netanyahu is partnering up with Boehner to kick Obama in the teeth and sabotage one of the president’s top diplomatic priorities. He is essentially telling American Jews to get lost: I have no regard for the president you support and no regard for your own political needs and desires.

The leader of a foreign country ought to place his own assessment of national security imperatives first. But the relationship between the Israeli government and American Jews is an important and sensitive matter for both sides—and perhaps more so for Tel Aviv. After all, Israel, which receives about $3 billion in US aid annually, needs the United States more than vice versa. Yet Netanyahu has decided to snub American Jews and to insult the leader they strongly back. This speech might help Netanyahu in the Israeli elections; it could also backfire if Israeli voters decide to punish him for further weakening Israel’s special relationship with Washington. But Netanyahu’s scheming with Boehner against Obama could also end up alienating many American Jews from the Israeli government. By enlisting with Boehner, Netanyahu is conveying a brazen sign of disrespect for a community he and his country depend upon. What chutzpah.