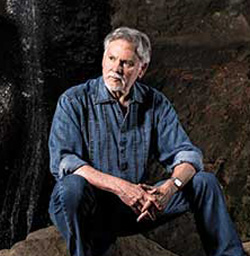 Mad Men: Inside the Men’s Rights Movement—and the Army of Misogynists and Trolls It Spawned

Men’s Rights Movement (mrm): A loose-knit network of groups and activists (MRAs) who believe men are an oppressed class. Most adherents consider Warren Farrell to be the intellectual father of men’s rights.

Fathers Manifesto: An early MRM website that combined calls for paternal custody rights with claims that blacks should be exiled and Catholic priests were sexually abusing children as part of a plot to spread AIDS.

A Voice for Men: Founded in 2009 by truck driver Paul Elam to “expose misandry on all levels,” the site, now a hub of the movement, is aimed at those turned off by the fringe politics of other men’s rights forums.

Register-Her.com: An offshoot of A Voice for Men, an “offender registry” purporting to track female murderers and rapists as well as women who make false rape accusations.

National Coalition for Men: A nonprofit group that “raises awareness about the ways sex discrimination affects men and boys.” Its leaders have filed lawsuits challenging registration for the draft and seeking to defund shelters for battered women.

Fathers 4 Justice: A British paternal rights group that gained notoriety in the mid-2000s after activists, some dressed as superheroes, scaled public monuments, allegedly threatened to kidnap the prime minister’s son, and defaced a portrait of the queen.

Red pill: In the classic sci-fi film The Matrix, the hero must choose between swallowing a blue pill, which will allow him to remain in a pleasant illusory world, or a red pill, which will open his eyes to the reality in which he is enslaved. In men’s rights parlance, “red pillers” realize that men, not women, are oppressed.

Pickup Artists (pua): Self-proclaimed or aspiring “alpha males” who attempt to seduce women through a system of psychological gambits called “the game.” Notable PUA figures include Roosh V (Daryush Valizadeh) of the Return of Kings website, who has published a collection of sex travel guides such as “Bang Brazil,” in which he writes, “Poor favela chicks are very easy, but quality is a serious problem.”

Anti-Slut Defense (asd): Tactics that Pickup Artists believe women use to dodge responsibility for sex, such as offering “token resistance” or claiming afterward that they were too drunk to say no.

Incel: A man who is “involuntarily celibate” and feels that women owe him sex. Mass murderer Elliot Rodger described himself as one.

puahate: A site for those who feel disillusioned by the PUA movement. Rodger, who blamed women for his sexual frustration, was a frequenter; Roosh V concluded about him: “Until you give men like Rodger a way to have sex, either by encouraging them to learn game, seek out a Thai wife, or engage in legalized prostitution… it’s inevitable for another massacre to occur.” (PUAhate shut down shortly after Rodger’s rampage.)

Gamergate: An ongoing conflict that pits “traditional” video game enthusiasts (mostly white males) against feminists and others who call for game culture to become more inclusive. Misogyny and violent threats are a hallmark of the online controversy.

4chan: An anonymous and often graphic online forum; used by Gamergaters to strategize about revenge tactics and by hackers who posted stolen nude photos of celebrities, including Jennifer Lawrence.

8chan: An anonymous forum that Gamergaters started using after 4chan banned their threads.

Subreddit: A forum on the social sharing site Reddit, a.k.a. “the front page of the internet.” Gamergaters, PUA followers, and others congregate in dedicated subreddits.

Mangina: What some men’s rights activists call a man who supports feminism.

Social Justice Warrior (sjw): What MRAs and Gamergaters call someone who advocates equal rights for women and minorities.

Men Going Their Own Way: A faction that vows to avoid contact and relationships with women because they think women will inevitably treat them as “disposable utilities.”