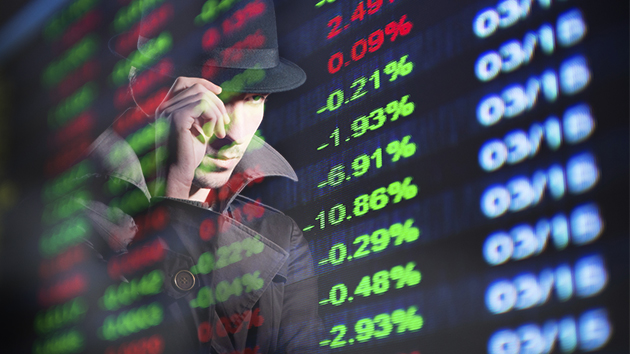 On Friday, federal prosecutors in New York filed a complaint accusing three men, Evgeny Buryakov, Igor Sporyshev, and Victor Podobnyy, of spying for Russia. Buryakov, who was arrested in the Bronx on Monday, allegedly posed as a Russian bank official while working for Russia’s intelligence service, the SVR. According to the 26-page complaint, which was unsealed Monday, Buryakov had a good reason to choose that cover: He was interested in learning about high-speed Wall Street trading, automated trading algorithms, and “destabilization of markets.”

This is a real threat. As I reported in 2013, markets have become dramatically faster in the years since the collapse of Lehman Brothers. Automated trading algorithms can buy and sell financial products in less time than it takes you to blink. Markets move way too fast for regulators to monitor. On August 1, 2012, rogue computer code at Knight Capital ran for 45 minutes before anyone at the firm could stop it. By the end of the day, the company was insolvent. And that was just “a canary in the mine,” says Michael Greenberger, a University of Maryland law professor and former regulator at the Commodity Futures Trading Commission (CFTC). The big worry is trading algorithms causing “a series of cascade failures,” warns Bill Black, another former regulator. “If enough of these bad things occur at the same time, financial institutions can begin to fail, even very large ones.”

So is it possible Russian spies are trying to find out how to purposefully unleash this chaos? The complaint doesn’t make clear whether the alleged spies were trying to find out how to destabilize US markets or worried about Russian markets being destabilized. But “fears of algorithmic terrorism, where a well-funded criminal or terrorist organization could find a way to cause a major market crisis, are not unfounded,” John Bates, a computer scientist who, in the early 2000s, designed software behind complicated trading algorithms, wrote in 2011. “This type of scenario could cause chaos for civilization and profit for the bad guys and must constitute a matter of national security.”

According to the complaint, the FBI learned of the alleged spies’ interest in market destabilization by eavesdropping on a May 2013 phone call between Buryakov and Sporyshev, a Russian trade representative. Sporyshev was the person “responsible for relaying assignments from Moscow Center to Buryakov,” according to the complaint; Podobnyy was mostly responsible for “analyzing and reporting back to Moscow Center about the fruits of Buryakov’s intelligence-gathering efforts.” (Sporyshev and Podobnyy, who were protected by diplomatic immunity, were not arrested and have left the country.) Buryakov and Sporyshev usually met in person, but on that day they didn’t have time. On the phone, Sporyshev asked Buryakov what questions an unnamed Russian news organization should ask New York Stock Exchange executives that would be useful to Russian intelligence, according to the complaint. Buryakov allegedly suggested the news organization inquire about high-frequency and automated trading systems.

According to the complaint, Buryakov was especially interested in Exchange-Traded Funds (ETFs), which are baskets of financial products that are combined and bought and sold like stocks. Many Americans might assume the Russians were interested in destabilizing American markets, but “it might be the other way around, where they are concerned with us attacking them,” says Eric Hunsader, who runs Nanex, a market data firm that tracks high-speed trading. On April 23, 2014, Hunsader’s company tracked extremely unusual movement in trades of RSX, RUSL, and RUSS—three ETFs that are based on the Russian stock index. “It was something that was definitely manipulated,” Hunsader says. “You don’t generally see that kind of movement go on…Maybe they’re concerned about us screwing with them.”

But here’s another fear: If foreign intelligence services are looking into algorithms, high-speed trading, and destabilizing financial markets, nonstate actors are probably not that far behind.

Here’s a relevant excerpt from the complaint:

Read the rest of the complaint against the alleged Russian spies here.