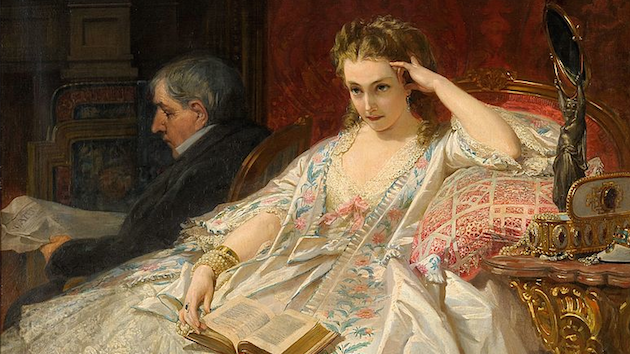 A Missouri Republican is pushing a bill that would allow a man who gets a woman pregnant to stop her from having an abortion. The measure would force a woman who wants an abortion to obtain written permission from the father first—unless she was the victim of “legitimate rape.”

Rick Brattin, a state representative from outside Kansas City, filed the bill on December 3 for next year’s legislative session. The proposed measure reads, “No abortion shall be performed or induced unless and until the father of the unborn child provides written, notarized consent to the abortion.”

The bill contains exceptions for women who become pregnant as the result of rape or incest—but there are caveats.

“Just like any rape, you have to report it, and you have to prove it,” Brattin tells Mother Jones. “So you couldn’t just go and say, ‘Oh yeah, I was raped’ and get an abortion. It has to be a legitimate rape.”

Brattin adds that he is not using the term “legitimate rape” in the same way as former Rep. Todd Akin (R-Mo.), who famously claimed that women couldn’t get pregnant from a “legitimate rape” because “the female body has ways to try to shut the whole thing down.”

“I’m just saying if there was a legitimate rape, you’re going to make a police report, just as if you were robbed,” Brattin says. “That’s just common sense.” Under his bill, he adds, “you have to take steps to show that you were raped…And I’d think you’d be able to prove that.” The bill contains no provision establishing standards for claiming the rape or incest exceptions. It also doesn’t state any specific penalties for violating the law nor say whether a penalty would be imposed on the woman seeking the abortion or the abortion provider.

Missouri is home to only one abortion clinic, based in St. Louis. Each year, legislators target the clinic with dozens of new restrictions. In 2014, the GOP-controlled Legislature approved a bill requiring women seeking an abortion to wait 72 hours between the initial consultation and the procedure. It’s the longest abortion waiting period in the county.

A group of Democratic lawmakers in Missouri found the onslaught of anti-abortion bills so ridiculous that in 2012 they introduced a bill to ban vasectomies except to save the life of a man. If conservative male lawmakers imagined jumping through hoops to obtain reproductive services, the thinking went, they would see the absurdity of their anti-abortion crusade.

Not Brattin. The father of five says that his recent vasectomy was the inspiration for this bill.

“When a man goes in for that procedure—at least in the state of Missouri—you have to have a consent form from your spouse in order to have that procedure done,” he says. “Here I was getting a normal procedure that has nothing to do with another human being’s life, and I needed to get a signed form…But on ending a life, you don’t. I think that’s pretty twisted.”

A spokeswoman for Planned Parenthood of the St. Louis Region and Southwest Missouri, a group of clinics that perform vasectomies, says that there is no law in Missouri requiring a man to get another person’s permission for a vasectomy. Individual providers sometimes require a patient to have his partner’s consent. (Planned Parenthood of Missouri does not.) Brattin saved the document his wife signed and intends to share it with other lawmakers when it comes time to promote his bill.

Brattin notes that his bill also contains an exception for cases in which continuing the pregnancy would endanger the life of the mother. Women whose partners have died can sign a sworn affidavit to that effect.

When asked if he would support an exception for women whose partners are abusive, Brattin says, “I haven’t really thought about that aspect of it.” But he adds, “What does that have to do with the child’s life? Just because it was an abusive relationship, does that mean the child should die?” Brattin notes that women in these situations can obtain protective custody once the child is born.

Asked about Casey v. Planned Parenthood, a 1992 Supreme Court decision striking down a requirement that a woman inform her husband if she haves an abortion, Brattin says he doesn’t believe the ruling affects his bill. Because Missouri has laws requiring men to pay child support during a pregnancy, he contends, a bill requiring a man’s involvement in an abortion should be constitutional.

In 2013, Brattin sponsored a bill to give intelligent design and “destiny” the same amount of attention in Missouri textbooks as evolution. Brattin has cosponsored many anti-abortion bills, including several measures restricting medication abortions that passed the Missouri Legislature in recent years. His latest bill, which would allow a man to veto a woman’s decision to get an abortion, is identical to a measure Brattin proposed in April that died in committee.

“This bill is insulting and a danger to women in abusive relationships,” says M’Evie Mead, the director of statewide organizing for Missouri’s Planned Parenthood affiliated. “That’s very much our concern. But when it comes to abortion, Missouri legislators are always trying to outdo each other.”