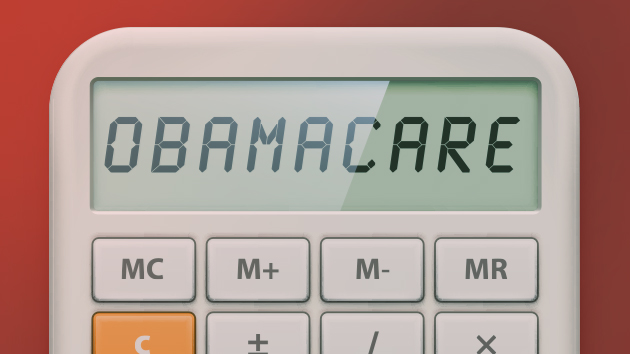 Now that Republicans control Congress, they’re again threatening to end Obamacare. On Monday, Senate Majority Leader-elect Mitch McConnell (R-Ky.) vowed to hold a repeal vote when Republicans take over the upper chamber in January, adding that GOPers “will go at that law…in every way that we can.” Obamacare is not going anywhere as long as President Barack Obama is in office. But there is a sneakier way GOPers could deal a blow to the health care law in the next two years: They can make the law look more costly than it is, boosting the case for dismantling it.

In 2012, the Congressional Budget Office (CBO)—which produces official budget projections—calculated that the combined effect of the tax increases and spending cuts in the Affordable Care Act will reduce the deficit by $109 billion over the next decade. (This is the CBO’s most recent estimate.) Conservatives cried foul, saying that the CBO double-counted savings in the law and ignored billions in health care spending in order to make the economic effects of the law seem rosier than they were. They charged that Obamacare actually adds billions to the deficit. The CBO and other economists say these assertions are nonsense. But Republicans kept complaining. Now that they control both houses of Congress, they can do something about it. All GOPers have to do is install a new CBO director who is willing to change the agency’s budget math to make it appear that Obamacare adds to the deficit. Republican leaders are reportedly considering roughly a dozen candidates to replace the current CBO chief, Doug Elmendorf, and conservatives are demanding a new director who doesn’t “cook the books” on Obamacare.

In a letter to House and Senate GOP leadership last month, conservative anti-tax activist Grover Norquist called Elmendorf’s analysis of how Obamacare would affect the budget a “facade” and urged Republicans to replace him. Democrats fear that Republicans will appoint someone who is willing to change the math to make Obamacare look more expensive, according to a congressional aide. At least one of the candidates Republicans are reportedly considering—James Capretta, a health care policy expert at the conservative American Enterprise Institute—is on record claiming the law increases the deficit.

Spokesmen for Senate budget committee chair Jeff Sessions (R-Ala.) and House budget committee chair Rep. Tom Price (R-Ga.), who will have the final word in selecting the new CBO director, declined to comment. But Sessions and fellow Republicans on his committee agree that the CBO should change how it calculates Obamacare’s effects on the budget. In October, the Senate budget committee’s Republican staff released a report claiming the Affordable Care Act will increase the federal deficit by $131 billion over the next decade, and touted support for the new analysis from several conservative health policy experts.

The CBO stands by its math. Elmendorf wrote in June that the CBO and the Joint Committee an Taxation, which calculates how tax laws affect revenue, “have no reason to think that their initial assessment that [health reform] would reduce budget deficits was incorrect.”

“CBO has accounted for deficit reduction in exactly the same way in previous Congresses, under both political parties,” Paul Van de Water, a senior fellow at the left-leaning Center on Budget and Policy Priorities (CBPP), wrote in 2012. “Until opponents of health reform latched onto the notion, no one accused CBO of faulty accounting.”

If Republicans succeed in making the law look like a huge burden on taxpayers, they could ease the way for efforts to chip away at the health care law, says Lawrence Jacobs, a political science professor at the University of Minnesota and coauthor of Health Care Reform and American Politics: “The conservative push is serious and part of the subterranean attack to ‘prepare the battlefield’ for the new Republican Congress.”

It is still possible that GOPers will reappoint Elmendorf as CBO director. Several prominent conservative economists have praised his work. But congressional aides told the New York Times last week that they are betting against him.