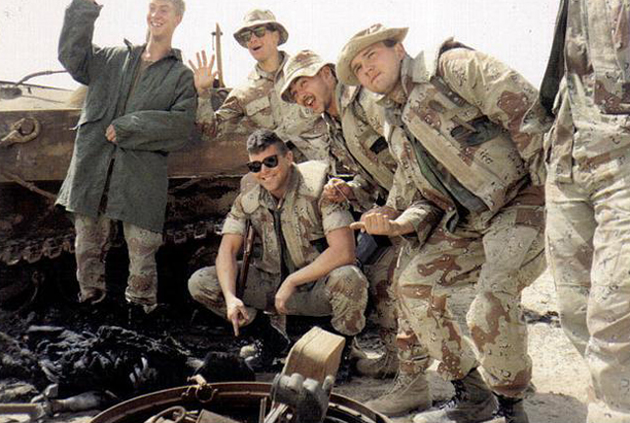 You may recall, from the dark days of Abu Ghraib, that there was a batch of photos that was never released—images the Pentagon deemed so inflammatory that they needed to stay under wraps. The ones we saw were disturbing enough: the piles of naked Iraqi prisoners, the soldier giving a thumbs up next to an ice-packed corpse, the prisoners being menaced by dogs. And who can forget that iconic shot of a hooded man (his name is Ali Shalil Qaissi), standing on a box in a shower with wires attached to his fingers—a mock execution. There are as many as 2,100 additional images, according to the ACLU, which sued the government in 2004 demanding their release. President Obama has resisted the legal efforts, noting in a statement that to make the photos public would “impact the safety of our troops.”

Newsweek‘s Lauren Walker nicely summarizes the developments so far, some of which my colleague Nick Baumann has also covered, so here’s the upshot: In August, a federal judge gave the administration an ultimatum: either release the photos or provide evidence for each image explaining why publishing it would be detrimental to national security. On December 19, the administration indicated that it would take the latter course, and a hearing on the new evidence has been set for January 20.

In his earlier statement, Obama noted that “the publication of these photos would not add any additional benefit to our understanding of what was carried out in the past by a small number of individuals.” But here’s the problem: It wasn’t just a small number of individuals. Only the small fry were punished, to be sure, but the culpability extends way up the chain of command. So while another prominent photo release might inspire attacks on American interests, there’s a more fundamental question: Should our government be allowed to hide its fuckups just because our enemies might use them against us?

“One of the reasons we’ve been fighting for so long for these photographs is because the official narrative following the disclosure of the Abu Ghraib photos was that those abuses were the result of a few bad apples,” says Alex Abdo, an ACLU staff attorney working on the case since 2005.

“These photographs come from at least seven different detention facilities throughout Afghanistan and Iraq…. We think this would once and for all end the myth that the abuse that took place at Abu Ghraib was an aberration,” he says. “It was essentially official policy. It was widespread at different facilities under different commanders.”

Even when there’s not a tacit mission to soften up prisoners for anonymous CIA operatives, as there was at Abu Ghraib, individual soldiers aren’t solely to blame for their odious behavior. By putting inadequately trained men and women into chaotic, high-stress, wartime situations with minimal oversight, the brass basically guarantees that this kind of thing is going to happen.

Consider this exchange between Stanford psychologist Phil Zimbardo and former Staff Sgt. Ivan “Chip” Frederick, who got an eight-year prison sentence for his role in the Abu Ghraib horrorshow. (He was the guy who staged the mock execution.) The interview is from Zimbardo’s 2007 book, The Lucifer Effect, which is about how good people placed in bad situations end up doing abhorrent things.

Zimbardo: Please tell me about your training to be a guard, a guard leader, in [Abu Ghraib] prison.

Zimbardo: How would you describe the supervision you received and the accountability you felt you had toward your superior officers?

Frederick worked 12-hour shifts, Zimbardo noted, from 4 p.m. through 4 a.m. He worked seven days a week and at one point 40 days straight. After his shift, he would go off to sleep in a filthy cell in another part of the prison. His superior officer—and his boss, and his—almost never showed face on the prison tier while Frederick was working. But he offered them feedback anyway.

Zimbardo: You would make recommendations?

Frederick: Yes, about operation of the facility. Not to handcuff prisoners to cell doors, should not have prisoners nude, except for self-mutilators, can’t handle prisoners with mental conditions…One of the first things that I asked for as soon as I got there was regulations, operating procedures…I was housing juveniles, men, women, and mentally ill prisoners all in the same [wing]. It’s a violation of the military code.

Zimbardo: So you would try to get up the chain of command?

Frederick: I would tell anybody that would come in who I thought had some ranking…Unsually they would tell me, “Just see what you can come up with, keep up the good work, this is the way military intelligence wants it done.”

There are other horrific photos floating around, too. Back in 2005, when I was managing editor at the Oakland-based alt-weekly East Bay Express, reporter Chris Thompson came upon a shocking story that no other American media outlet had reported. Service members were posting grisly images of Iraqi corpses and body parts, many with demeaning captions, on a website in exchange for free access to porn. (One of the tamest is shown above.) “If accurate, these are gruesome depictions of deceased people in Iraq, and that violates the standards of our values, training, and procedures that we ask military personnel to observe and obey,” an Army spokesman told the Washington Post, which ran a followup piece.

The military struck a similar tone in January 2012, when then Mother Jones reporter Adam Weinstein and senior editor Mark Follman wrote about a YouTube video that showed a group of Marines urinating on enemy corpses in Afghanistan—a pretty clear violation of the Geneva Conventions. “The actions portrayed are not consistent with our core values and are not indicative of the character of the Marines in our Corps,” a spokesman said.

And there’s the real problem. Nobody wants to see more horrific images and nobody wants to put people’s lives at risk. But the national-security establishment has a record of creating the atmosphere for abuses and then throwing individuals under the bus when those abuses come to light. A new batch of photos, it seems, may be just what we need to confront these seemingly ceaseless failures of leadership.