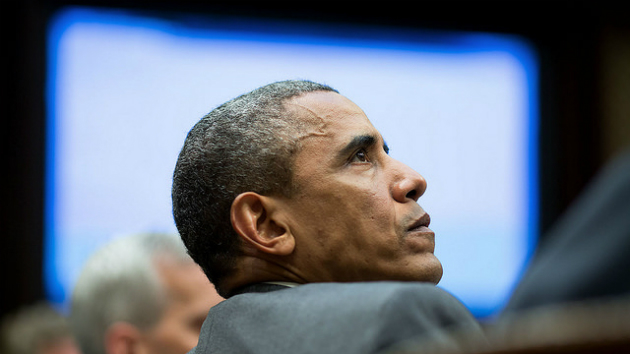 On Friday, the Supreme Court announced that it would hear King v. Burwell, a case that could gut Obamacare and leave millions of Americans without health insurance. The case hinges on what is essentially a typo in the Affordable Care Act, a mistake that conservatives claim invalidates most of the subsidies the bill provides to help people buy insurance. If the justices buy the conservatives’ argument—and there’s reason to think they might—residents of the 34 states that provide health insurance via the federal government’s HealthCare.gov, rather than through a state-run exchange, could lose their subsidies. Many people would be unable to afford to buy insurance (as the ACA requires), and the whole system could collapse.

Here’s the good news: There may be a workaround. But there’s also bad news: The solution requires the cooperation of Republican governors and legislators.

The King plaintiffs base their argument on the fact that in parts of the Affordable Care Act, the text says subsidies will be available for people “enrolled through an Exchange established by the State.” Conservatives argue that the phrase “established by the state” means the government never intended to, and therefore cannot, offer subsidies in the 34 states that use the federal exchange, a.k.a. HealthCare.gov. There’s plenty of evidence that Obamacare opponents are wrong about this. The rest of the law, its legislative history, and the recollections of lawmakers and journalists who were present at its creation all suggest that conservatives are misinterpreting a vague mistake in the legislation. Even the Cato Institute’s Michael Cannon—the intellectual force behind the lawsuit—once referred to this language as a “glitch.”

I’ve been trying to figure out how to best characterize and/or mock the legal reasoning… and I think it can be boiled down to one word: Moops.

I’m referring, of course, to George Costanza’s famous game of Trivial Pursuit against the Bubble Boy, in which Costanza tries to cheat his way out of losing by taking advantage of a misprint on the answer card: “Moops” instead of “Moors.”

“I’m sorry, the card says ‘Moops,'” Costanza replies, adopting an absurdly narrow and nonsensical interpretation of the rules that furthers his own interests.

There are all sorts of other reasons why the anti-ACA argument here is ridiculous. (Brian Beutler gets into a few here.)

But let’s say the Supreme Court agrees that the card says “Moops.” What then? There’s a way out—for states that want it.

“Governors and legislators are going to come under intense pressure,” says Bagley. “But it’s probably much too optimistic to assume [Republicans] will move to establish exchanges in short order.”

Remember: Even if the King plaintiffs succeed in invalidating health care subsidies for people using the federal exchange, state-run exchanges would remain eligible for subsidies. So if a state wants to save its residents’ health insurance, all it would need to do is set up its own exchange.

There’s even federal money available for states to do this, but the deadline to apply for those funds is this coming Friday, November 14. (The federal Center for Medicare and Medicaid Services would not say whether it would extend the deadline in light of the Supreme Court’s decision to hear King.) Health care exchanges are complex, and a few days is not much time for a state to get its act together.

States could still set up their own exchanges after Friday—as long as they do it with their own money, not federal funds. That could get expensive. But Nicholas Bagley, a professor at the University of Michigan law school, explains that there’s a relatively cheap workaround:

This idea—a state exchange in name only—is clever, and it would take less time and money than a state setting up its own exchange. (It’s also eminently achievable: Oregon and Nevada already operate state exchanges that use federal technology.) But Bagley’s plan still requires a state to want to save its residents’ Obamacare subsidies. Republicans hate Obamacare—in fact, the reason so many states don’t have their own exchanges already is because state-level Republicans refused to set them up. And that’s the real problem: Most of the states that are on the federal exchange—and risk losing subsidies—are controlled at least partially by Republicans, who may block any attempt to salvage Obamacare. (The exceptions are Delaware, Illinois, and West Virginia, and the latter two states will fall under partial Republican control in January.)

“The politics of this will be volatile,” Bagley says. “Governors and legislators are going to come under intense pressure to think about creating exchanges, but it’s probably much too optimistic to assume that Republican governors and legislators will move to establish exchanges in short order. Even if at some point in the future all the states were to establish their own exchanges, that point could be a very long time from now.”

Some experts think it may never happen. Many states “will never establish exchanges, because it means going along with Obamacare,” says Timothy Jost, a health reform expert at Washington & Lee University Law School.

And that, it seems, is exactly the point of King: Setting up a system in which only a handful of blue states have Obamacare, while people in red states—the states that benefit the most from the law—go without. “My personal feeling is that a decision for the [King] plaintiffs would create an unavoidable catastrophe,” Jost says. “There is no easy way out of it.”