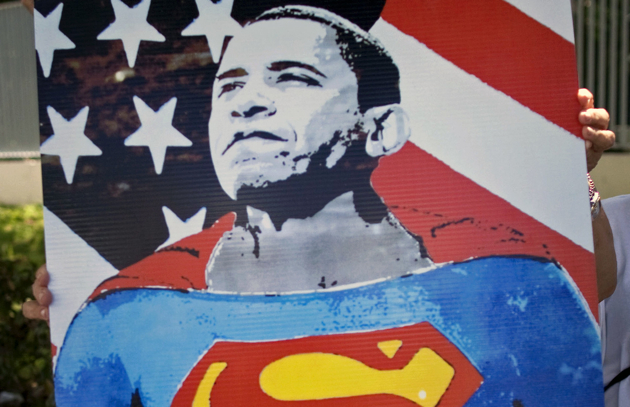 A new study featured in the journal Social Psychological and Personality Science concludes white people may possess a “superhuman bias” against black people, and are therefore likely to attribute preternatural qualities to black people.

Jesse Singal explains at the Science of Us:

In a series of five studies, some involving so-called implicit association tests in which words are flashed on a screen quickly enough to “prime” a subject with their meaning but not for them to consciously understand what they have seen, the researchers showed that whites are quicker to associate blacks than whites with superhuman words like ghost, paranormal, and spirit.

This image of a magical black person, someone holding extraordinary mental and physical powers, has long persisted through American culture, whether it be through cringe-worthy movie roles or literature.

And the damage of such a potential bias is significant. While it’s easy to understand why most clichés are both dangerous and destructive, the study suggests white people’s tendency to cast a black person as a magical being—a stereotype that on its face some might claim is positive—is actually just as detrimental as say the image of the angry black woman, absent father, etc.

The superhuman image may be able to explain matters such as why young black men are perceived to “be more ‘adult’ than White juveniles when judging culpability,” write researchers Adam Waytz, Kelly Marie Hoffman, and Sophie Trawalter. If true, such a perception could outline the overwhelming racial disparities seen in prison systems throughout the country.

This bizarre phenomenon could even have contributed to the immense hope Americans placed on President Barack Obama in 2008. As the Boston Globe recently pointed out, back in 2007 David Ehrenstein described Obama’s campaign as such:

Like a comic-book superhero, Obama is there to help, out of the sheer goodness of a heart we need not know or understand. For as with all Magic Negroes, the less real he seems, the more desirable he becomes. If he were real, white America couldn’t project all its fantasies of curative black benevolence on him.

Republicans later even attempted to make light of the stereotype with CD’s featuring a song titled “Barack the Magic Negro.”

Although the trope has been criticized for some time, researchers behind this recent study say it’s the first “empirical investigation” into the matter.