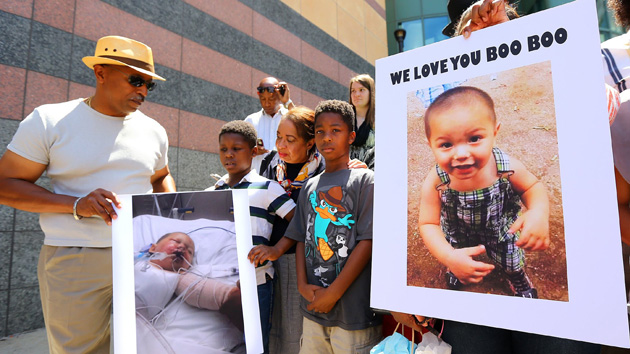 One night last May, 19-month-old Bounkham Phonesavanh (“Bou Bou”) was sleeping in the Atlanta home of relatives. Around 2 a.m., a SWAT team arrived to arrest Bou Bou’s 30-year-old cousin, an alleged drug dealer. Officers threw a flash-bang grenade into the room where Bou Bou was sleeping. It landed in his crib and exploded under his pillow, giving him third-degree burns and injuries so severe he was put in a medically-induced coma. While Bou Bou’s injuries remain severe, he’s expected to survive. The Habersham County Sheriff expressed deep regret but insisted his men were simply following procedure. Earlier this month, a jury cleared them of wrongdoing.

On the morning of May 5, 2011, in Tuscon, Arizona, a SWAT team assembled outside the home of 26-year-old Jose Guerena. A former Marine who served in Iraq; Guerena had just come home from working the night shift at the copper mine. Local law enforcement believed Guerena was involved in a drug distribution operation with his brothers. Woken up by his wife, who thought she heard burglars, Guerena went outside with an AR-15 rifle to investigate. He was shot 60 times and died before the SWAT team allowed paramedics to help. After his widow sued, the Pima County Sheriff’s Department agreed to a $3.4 million settlement in 2013.

On the night of January 4, 2011, Eurie Stamps, a 68-year-old grandfather of 12, was watching a basketball game in his Framingham, Massachusetts, home. A SWAT unit was staking out his home and had already arrested his 20-year-old stepson outside. Despite having booked their suspect, the SWAT team raided the house. Officer Paul Duncan forced Stamps to lie face down on the ground. While Stamp was complying, Duncan allegedly tripped, causing his gun to go off and kill Stamps. Duncan was cleared of any wrongdoing.

On January 4, 2008, a SWAT team arrived in the Lima, Ohio, home of 26-year-old Tarika Wilson. The team was looking for her boyfriend, who was suspected of dealing drugs. They broke through the front door and soon opened fire, killing Wilson and injuring her 14-month-old son, whom she was holding. Sgt. Joe Chavalia, who shot and killed her, was placed on paid leave and later cleared of wrongdoing. 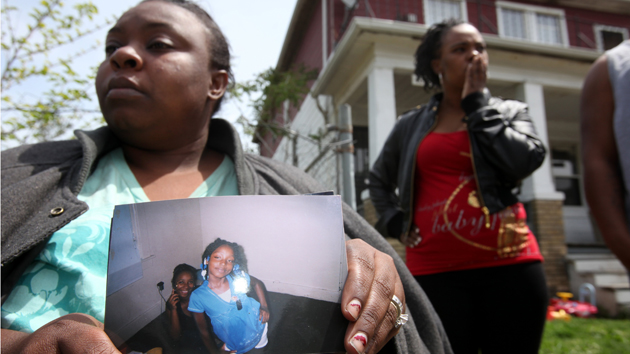 On May 16, 2010, a Detroit SWAT crew arrived at the home of seven-year-old Aiyana Stanley-Jones, with a TV crew from the A&E network trailing them to film a show. They were looking for Chauncey Owens, who allegedly shot a teenager two days before. He was upstairs, but Aiyana was sleeping on the living room couch. The front door was unlocked, but the team busted open the door. Soon after, Officer Joseph Weekly’s gun went off, sending a bullet through Aiyana’s head. She died shortly afterward. Weekly is currently being tried for felony involuntary manslaughter; he claims it was an accident.

In the past few years, SWAT teams have shot and killed dogs in Minnesota, North Carolina, Missouri, and California. In almost every case, officers have insisted that they felt threatened by the dogs. Pet owners have responded that their dogs were simply startled when SWAT teams broke in—often unannounced—to their homes, and denied that the dogs attacked officers. Take the case of Cheye Calvo, mayor of Berwyn Heights, a quiet D.C. suburb. On the evening of July 29, 2008, a Prince George’s County SWAT team burst into Calvo’s home, responding to a report of a package of marijuana on the doorstep. Upon entering, the officers shot and killed the family’s two Lab retrievers, handcuffed Calvo, his wife, and his mother-in-law, and then forced them to the ground. Police later found that Calvo had been targeted in a scheme in which drug dealers used the homes of unsuspecting people as pickup points for drugs.