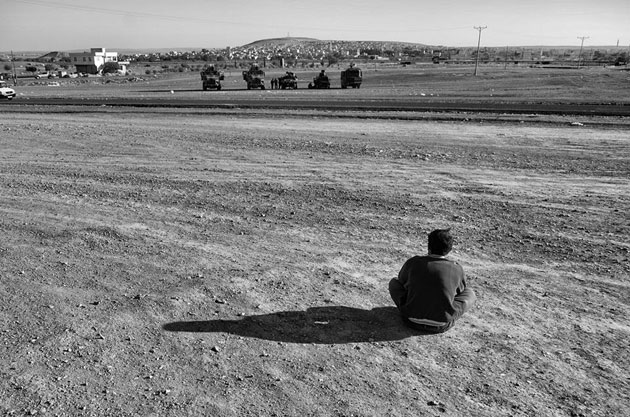 A man sits and watches the Kobani border from afar. Kazim Kizil

The ongoing fight for Kobani, a strategically important city on the Turkey-Syria border, has become the latest front in ISIS’s crusade to create an Islamic state in Syria and Iraq. For weeks, ISIS fighters have been battling Syrian Kurds for control of Kobani. If the jihadist rebels win, ISIS would gain a direct route into Turkey and consolidate its grip on territory stretching across the northern areas of Syria. Kobani has been ravaged by air strikes, shelling, drones, and suicide bombs. It is now surrounded on three sides by ISIS forces. Syrian refugees have been fleeing the city into neighboring Turkish towns, where Turkish citizens have provided them with food, water, and shelter. Yet the situation for thousands is grim.

Kazim Kizil, a young man from Izmir, Turkey, has traveled to several border towns in the area, taking pictures of the refugee crisis and posting them on Facebook and Instagram. Here are some of his heartbreaking photos: 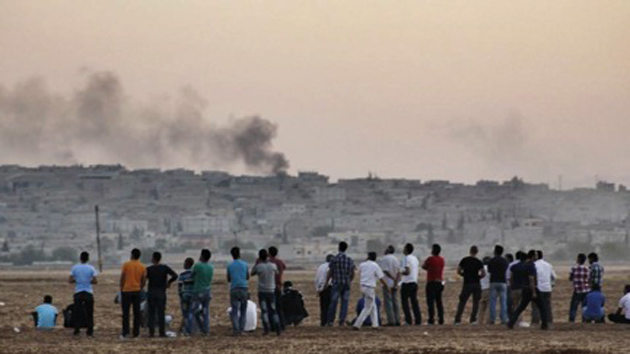 Young men in Suruc, Turkey watch on the border between Turkey and Syria. Kizil says that these men are Turkish civilians who are “giv[ing] moral support to YPG guerillas,” the Kurdish army that is defending Kobani. Smoke from air strikes billows in the distance. 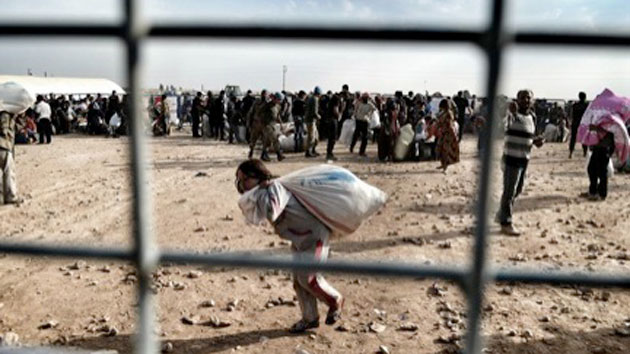 A young girl carries her belongings on the border. Kizil says that refugees often arrive on the border and must sleep in the streets because other shelters are too crowded. Some refugees—especially mothers and children—are suffering from malnutrition, diarrhea, and vomiting. 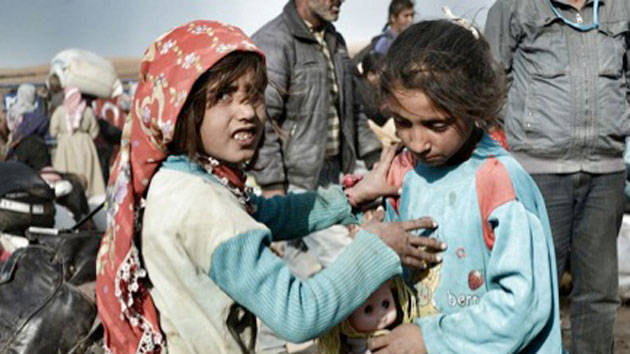 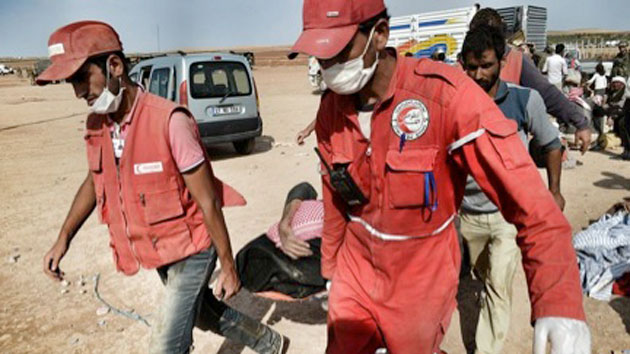 A sick, elderly man from Kobani is evacuated on a stretcher as a sandstorm approaches. Kizil says that many elderly people cannot leave the city because they are not strong enough to make the trip. 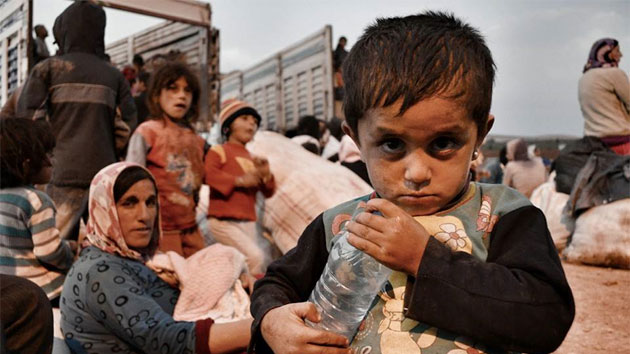 A child, dirty and running out of water, who migrated across the border from Kobani. 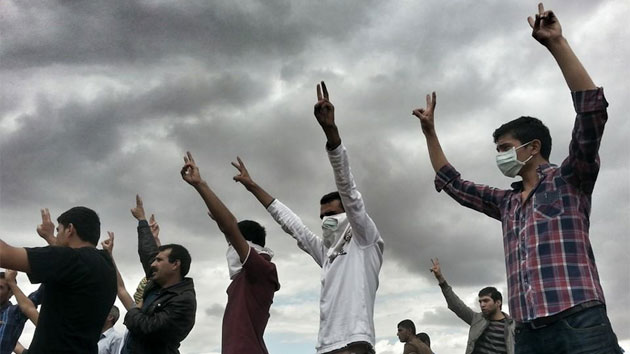 According to Kizil, thousands of people created a human chain on the border in solidarity with the Kurdish fighters. 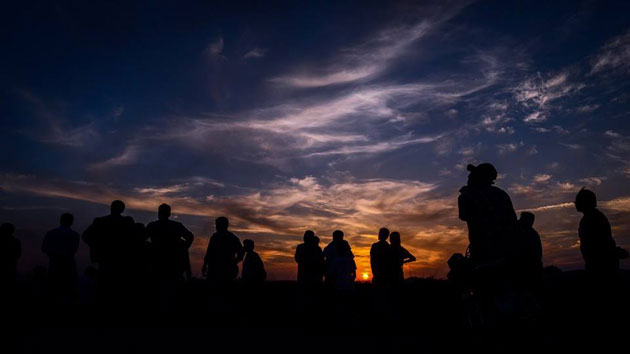 The border vigil near Kobani goes on, as the sun sets on Wednesday night. 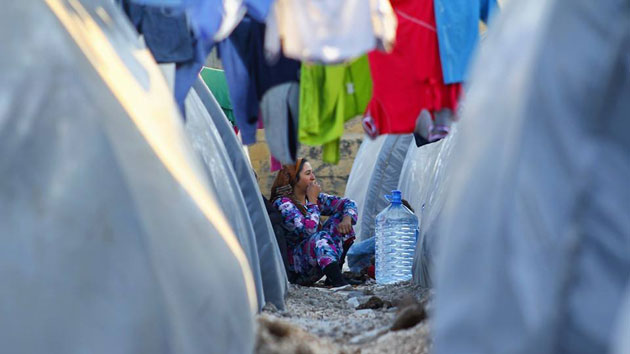 A refugee woman living on the street in a “tent city” in Suruc, Turkey. Kizil says many refugees are crammed into mosques, wedding halls, and empty shops, but most are living in tents or in the open. 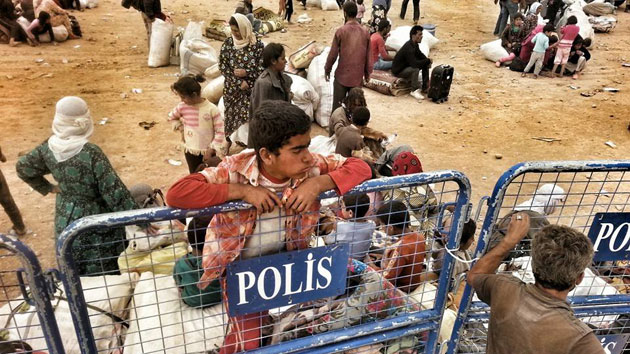 A boy from Kobani waits at the border, clinging to a police fence. 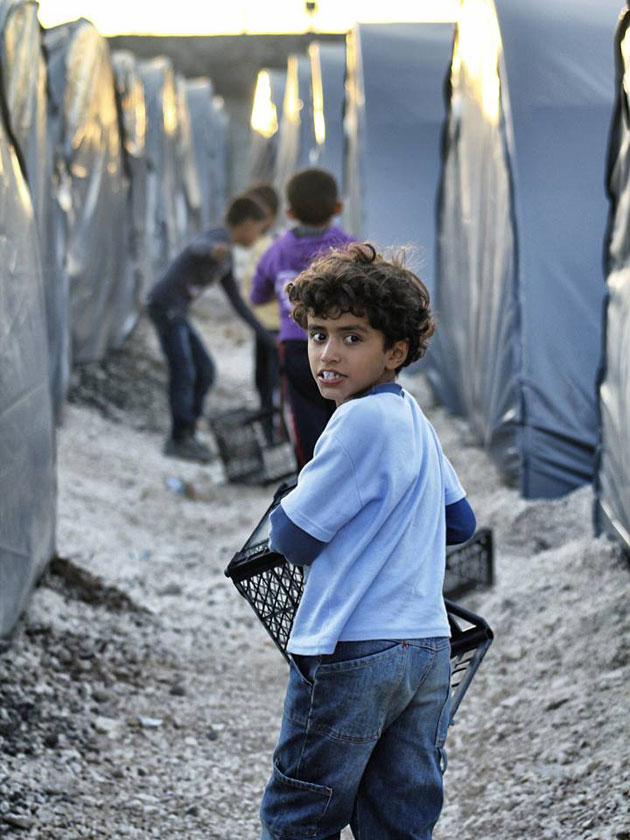 A child from Kobani in the makeshift tent city. 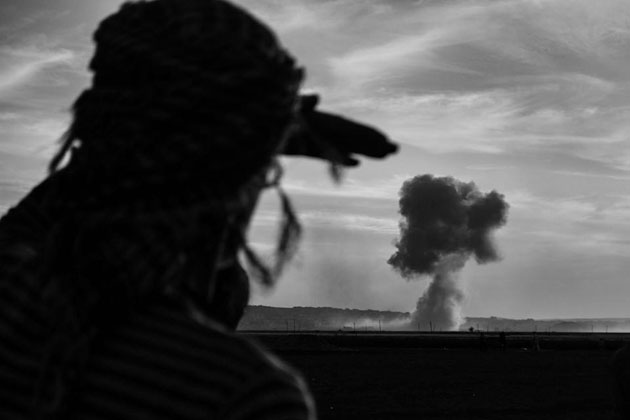 Kizil captions this photo, “I am looking at Kobani,” as a coalition air strike hits the town.