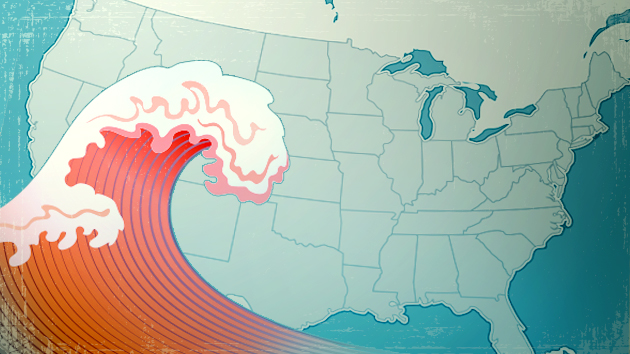 There’s never been a worse time to be a Democrat in a red state. Republicans now hold all the reins of power—the governorship and both houses of the state legislature—in 23 states. That’s up from just nine before the 2010 elections. There are now more states under single-party control than at any time since 1944. And without even token Democratic opposition, Republicans have busted unions in Michigan and Wisconsin, passed draconian tax cuts in Kansas, and enacted sweeping new abortion restrictions across the nation.

This November, more Americans could find themselves living under single-party GOP rule. There won’t be nearly as many states flipping to single-party rule as in 2010’s GOP romp, but Republicans are hoping to add Arkansas and Iowa to the list of states where they can implement their agenda free of Democratic resistance. In Arkansas, Republicans won the state House and Senate in 2012 and hope to add the governorship this year. And in Iowa, a razor-thin two-seat Democratic Senate majority is all that has held back a wave of conservative legislation.

“We are on offense this year,” says Jill Bader, communications director for the Republican State Leadership Conference (RSLC), which works to elect Republican state legislators. “We’re building these new majorities in some states that have been traditionally Democratic.”

Midterm elections present problems for Democrats. The party’s most loyal voting blocs—young voters and minorities, in particular—tend to vote at lower rates than in presidential years. This year, President Barack Obama’s falling approval rating could drag down Democratic candidates for state legislative seats. And thanks to the GOP’s widespread success in 2010, Republicans were able to redraw many states’ legislative maps after that year’s census, gerrymandering themselves into solid and consistent majorities.

Arkansas had long been one of the last Democratic redoubts in the South, but in 2012 Republicans won majorities in both chambers for the first time since Reconstruction. The GOP is expected to easily hold on to those majorities again this year and will likely gain the governor’s office, too. Mike Beebe, the popular Democratic incumbent, is prohibited by term limits from running for office again this year, and Republican ex-congressman Asa Hutchinson has led in most polls since this summer. Thanks to their ability to override Beebe’s vetoes with simple majority votes, Republicans are already dominant in the state, passing some of the most extreme anti-abortion laws and instituting a strict new voter ID law.

A Republican takeover in Iowa, on the other hand, would likely lead to a cascade of new conservative legislation. Iowa Republicans, who gained control of the state House in the 2010 elections, have tried to replicate the conservative policies that have been approved in Wisconsin, Michigan, and Ohio, which are all under full Republican control. Iowa GOPers tried to roll back the collective bargaining rights of public employees, tried to outlaw abortions after 18 weeks (and completely ban telemedicine abortions), and looked at ways to weaken gun laws. Each time, Democrats in the state Senate stopped them.

“Republicans in the state would desperately like to take control of the Senate, but it’s not just a matter of picking up one seat,” says Tim Hagle, a political scientist at the University of Iowa. “In particular, they would like to get the seat that Senate Majority Leader Mike Gronstal holds. He’s had a very good ability to control his caucus to keep a lot of things from coming to votes, not unlike Harry Reid at the national level.” If Iowa Republicans manage to wipe away the Dems’ Senate edge (and Republican Gov. Terry Branstad wins reelection as expected), the state could soon enact the same conservative policies that have shifted the political landscape in other Midwestern states.

It’s not all doom and gloom for Democrats this fall. The Democratic Legislative Campaign Committee, which works to elect state-level Dems, is hoping to cut into Republican majorities in several states, though it’s unlikely they’ll bust up any of the GOP’s legislative monopolies. Instead, Democrats will have to hope they can pick up governorships in Pennsylvania (a pretty sure bet at this point), Kansas, Wisconsin, Florida, Michigan, or Georgia. Meanwhile, the DLCC is thinking long-term. Earlier this year, the group launched a project it’s calling Advantage 2020, a push to slowly build to Democratic majorities in the states by 2020, when the next census will trigger a new round of redistricting—one Democrats hope to control.

Unlike the Republicans, Democrats don’t have good opportunities to expand the list of states where they hold single-party control—currently down to just 15. Their best hope is in Maine, where Democrats currently have majorities in both the House and Senate but lack the governorship. Incumbent Gov. Paul LePage isn’t particularly popular among voters, but he may hold on thanks to a crowded three-way race in which independent Eliot Cutler could win 10 to 20 percent of the vote. If LePage does keep his seat, he could become the first governor in history to win election twice with less than 40 percent of the vote—and the Democrats will have to look to 2016 for their next chance to cut into GOP dominance.