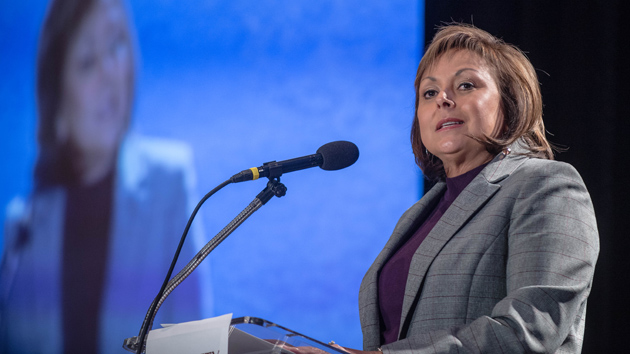 One of the central themes in my April cover story about New Mexico Gov. Susana Martinez, a rising star in the Republican Party touted as a potential vice presidential candidate, was the paranoia displayed by Martinez’s 2010 gubernatorial campaign. Here’s one of the juiciest nuggets illustrating this behavior:

Martinez’s [2010] crew saw enemies everywhere. A former staffer recalls the campaign on multiple occasions sending the license plate numbers of cars believed to be used by opposition trackers to an investigator in Martinez’s DA office who had access to law enforcement databases. In one instance, a campaign aide took a photo of a license plate on a car with an anti-Martinez bumper sticker and emailed it to the investigator. “Cool I will see who it belongs to!!” the investigator replied.

After my story went live and the Santa Fe Reporter published its own report on the license plate controversy, the Democratic Party of New Mexico filed an open-records request with the state’s Third Judicial District Attorney’s Office, which Martinez ran as DA before becoming governor in 2011. The Democrats asked for emails spanning August to December 2010 written by Martinez; Amy Orlando, a close friend who was Martinez’s chief deputy DA and then briefly succeeded her as DA; and a senior investigator in the DA’s office. The Democrats also asked for all correspondence to and from employees of Martinez’s DA office relating to her 2010 gubernatorial campaign, and any correspondence from August to December 2010 mentioning the words “Diane Denish,” “Denish,” and “license plate.” (Diane Denish was Martinez’s 2010 Democratic opponent.)

On Tuesday, Mark D’Antonio, the current DA in New Mexico’s Third Judicial District, released the findings of an internal investigation that concluded that large amounts of emails—potentially including those sought by the Democrats—had been “deleted and/or removed” during the period when the office was briefly run by Orlando, Martinez’s onetime deputy. Two of the four hard drives used by Orlando’s administration—hard drives that might have contained the requested emails—were missing. And investigators noted that all emails in the DA’s office were supposed to be backed up by a “special tape drive” in the office, but the back-up tapes were “blank and appear to have been erased.”

The report also noted that, under Orlando, the DA’s office misled a reporter who’d made his own request for similar records. The DA’s office told the reporter that the records he wanted didn’t exist because the office’s server “is routinely cleaned.” But after interviewing IT staffers, investigators concluded this statement “was inaccurate because IT personnel stated that servers were not routinely ‘cleaned’ and that the data should exist on a server.”

The report also turned up evidence of troubling behavior by Orlando. Of the few emails dug up by investigators, one exchange showed Orlando trying to thwart D’Antonio, who replaced her as DA starting in 2013, from applying for and receiving several hundred thousand dollars in grant funding for DA operations. “Don’t leave ANY notes about how to do it!! Please,” Orlando wrote to a colleague in the DA’s office. Investigators call this “a conspiracy to actively deny Dona Ana County and related law enforcement agencies with much needed grant money.”

In a September 2010 email, Orlando asked the tech staff in the DA’s office to change the access level to her calendar and to obfuscate the reason why. “I need the people that have access to my calendar changed. But I need it done quietly. Please get with [senior investigator] Kip [Scarborough] and he will explain. And we will need to say that a virus or something happened.”

In an August 2010 email addressed to Orlando, a staffer in the DA’s office appears to admit to forging then-DA Martinez’s name on an affidavit relating to a hotel bill. “I had to fill out an affidavit that SM had to sign (forgery), and fax to the Hyatt to get her hotel bill.”

And in a November 2010 email, Orlando makes a snide remark about the planning for Martinez’s upcoming inaugural ball (she was then the governor-elect). Apparently relaying Martinez’s wishes about the theme of the ball, Orlando wrote to a party planner (whose name is redacted): “She wants it blk and white w a hint of Susan [Komen] color pink!”