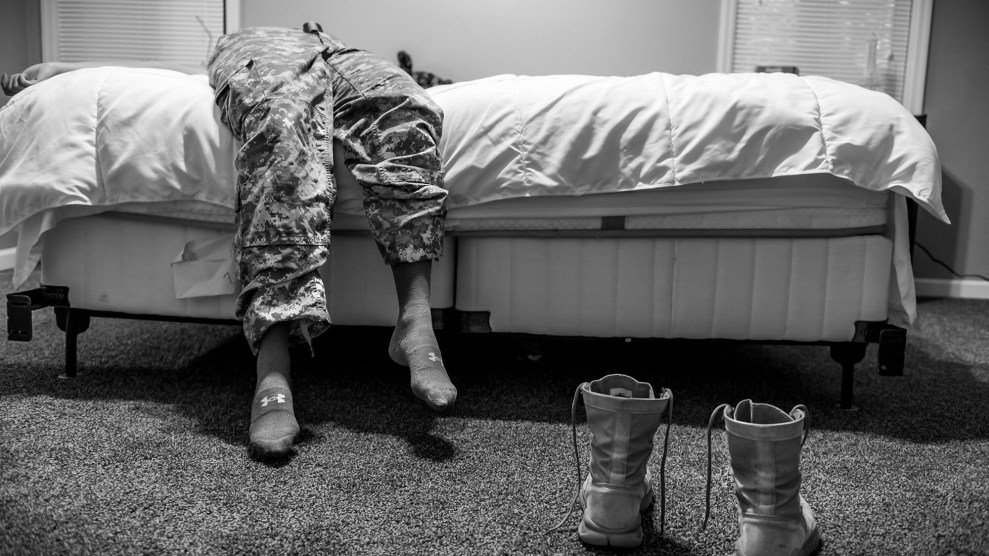 Editor’s note: Mary F. Calvert won the 2013 Canon Female Photojournalist Award for this body of work and it was shown at the 2014 Visa Pour l’image in Perpignan, France. Calvert also just won the Alexia Foundation 2014 Women’s Initiative Grant to help fund her related project, Missing in Action: Homeless Female Veterans. She also was a co-winner (along with Mother Jones contributing photographer Marcus Bleasdale) of the W. Eugene Smith Award in Humanistic Photography for the work. Congratulations Mary!

Women in the US military are being raped and sexually assaulted by their colleagues in record numbers. An estimated 26,000 rapes and sexual assaults took place in the military in 2012, the last year that statistic is available; only 1 in 7 victims reported their attacks, and just 1 in 10 of those cases went to trial.

According to mental-health experts, the effects of military sexual trauma (MST) include depression, substance abuse, paranoia, and feelings of isolation. Victims spend years drowning in shame and fear as the psychological damage silently eats away at their lives. Many frequently end up addicted to drugs and alcohol, homeless, or take their own lives.

In 2013, Sens. Kirsten Gillibrand (D-N.Y.) and Barbara Boxer (D-Calif.) introduced the Military Justice Improvement Act, which was designed to change the ways the military prosecutes sexual-violence crimes and restricts commanding officer’s power to set aside or overturn convictions for sexual violence. But in March 2014, the bill fell 5 votes short of the 60 required to avoid a filibuster.

In May, the Department of Defense Annual Report on Sexual Assault in the Military for fiscal year 2013 found that reports of sexual assault were up 50 percent. Defense Secretary Chuck Hagel has implemented a variety of measures to combat sexual assault, including the examination of gender-responsive and appropriate military culture, a review of alcohol policies and sales, the evaluation and improvement of sexual-assault prevention and response training for commanders, and encouraging more male victims to report sexual assaults.

But the violence of rape and the ensuing emotional trauma are still compounded by what victims see as the futility of reporting the attacks to their commands. Take the case of Kate Weber, who says she was raped one week into an Air Force deployment to Germany when she was 18. After she reported the attack, she says she was stalked and harassed. “I just lost everything,” Weber says. “I know he was a repeat offender the moment he touched me. He was able to get away with it because the chain of command allowed it.” 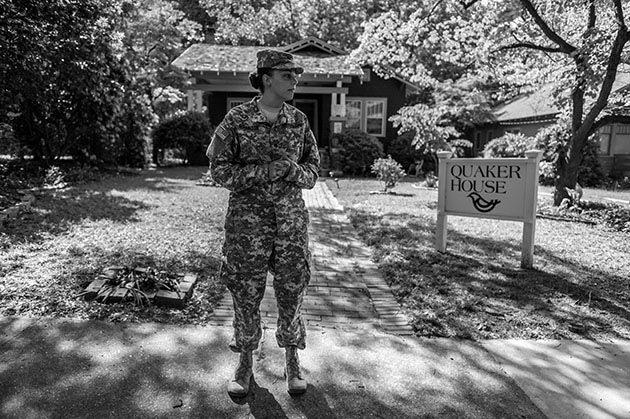 US Army Spc. Natasha Schuette says she was sexually assaulted by her drill sergeant during basic training and subsequently suffered harassment by other drill sergeants after reporting the assault at Fort Jackson, South Carolina. Schuette’s assailant is serving four years in prison for assaulting her and four other trainees; she says she suffers from PTSD. 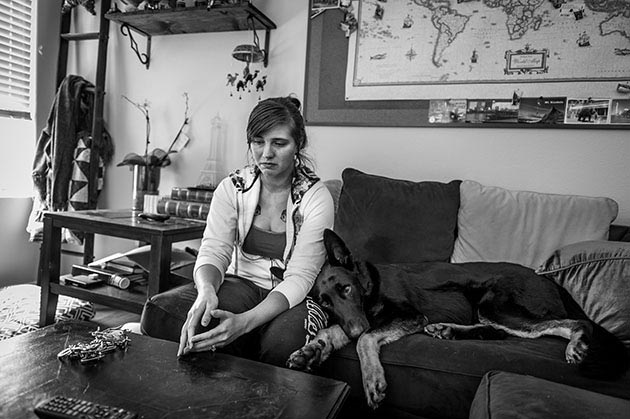 While stationed in Bahrain, Brittany Fintel says she was grabbed and pinned down on a bed by a superior. She says she reported the assault and was told she had an “adjustment disorder,” was taken off the ship, and eventually left the Navy due to PTSD. “They kick the victim out. The victim is more fucked up in the head than apparently the rapist,” she says, weeping at her home in San Diego. Her PTSD service dog, Indiana, is never far from her side. 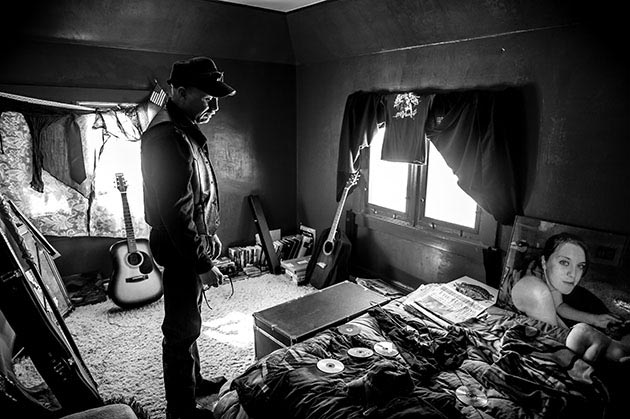 Gary Noling stands in his daughter Carri’s bedroom in Alliance, Ohio, on the anniversary of her death. Noling says Carri Goodwin faced severe retaliation after reporting her rape to her Marine superiors. Five days after going home with a bad-conduct discharge, she died from drinking to excess. “It destroyed my family,” Noling says. 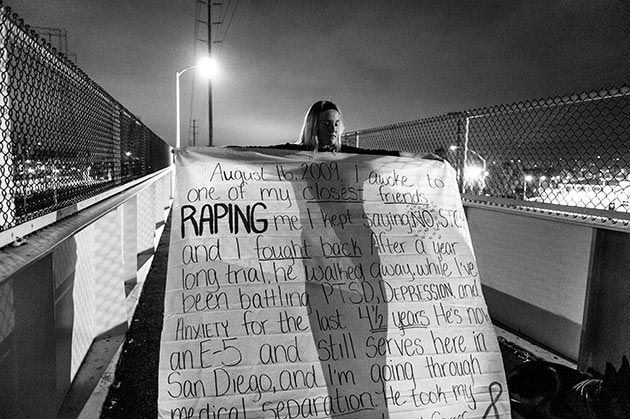 Melissa Bania holds her banner before hanging it on the foot bridge across from the entrance to Naval Station San Diego. Earlier that evening, military sexual-trauma survivors had gathered at Brittany Fintel’s San Diego home to make banners inscribed with their sexual-assault experiences in the Navy. 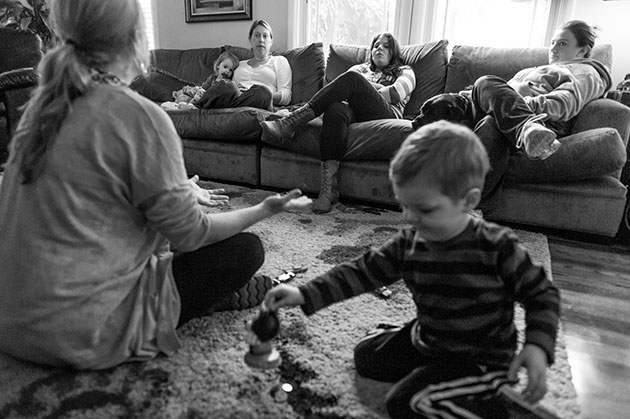 Jessica Hinves meets with fellow military rape survivors in Biloxi, Mississippi, while her son plays. Hinves was an Air Force fighter jet mechanic and says she was raped by a member of her squadron at Nellis Air Force Base. Her case was thrown out the day before the trial was to begin. 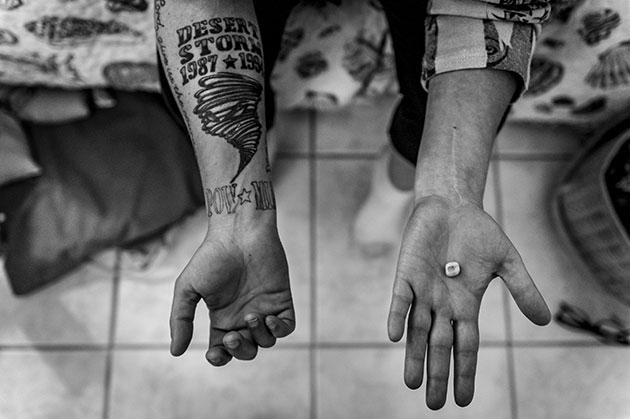 Connie Sue Foss says she was raped while in the Army. She bears scars from punching a window during a PTSD episode and holds a molar she lost from grinding her teeth at night. 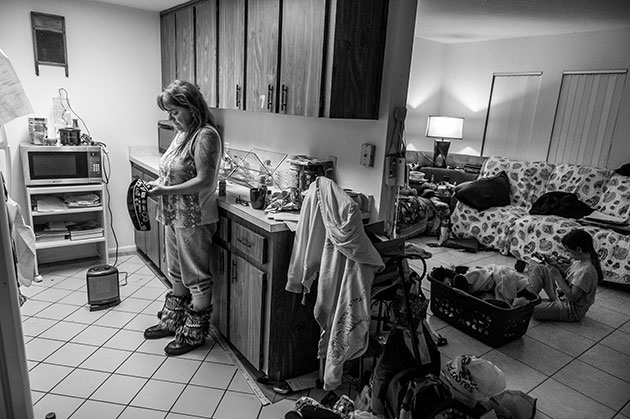 Since the assault, Foss says hasn’t been able to hold down a job to care for herself and her daughter. 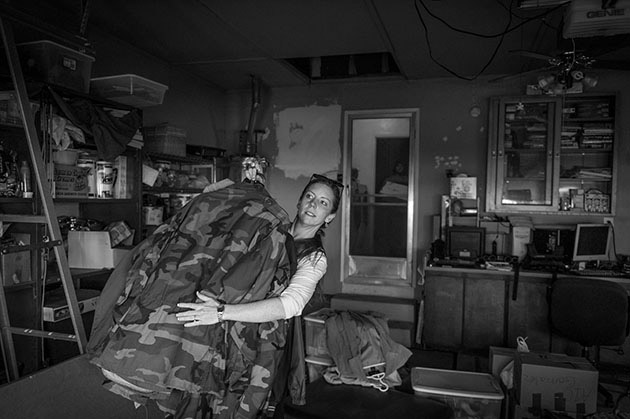 Kate Weber says she was raped one week into an Air Force deployment to Germany when she was 18 and now suffers from severe PTSD. Here, she carries the uniforms of a fellow military rape survivor whom she’s helping move. 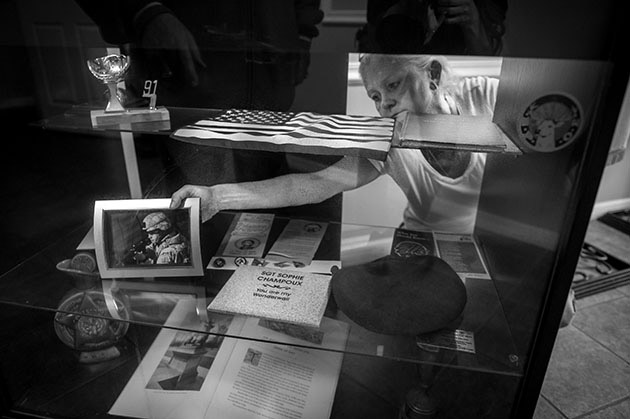 Suzie Champoux mourns the death of her daughter, Army Sgt. Sophie Champoux, who committed suicide under suspicious circumstances after allegedly being repeatedly raped while in the military. Suzie places a picture of her daughter in a display case at her local Veterans of Foreign Wars chapter in Clermont, Florida. 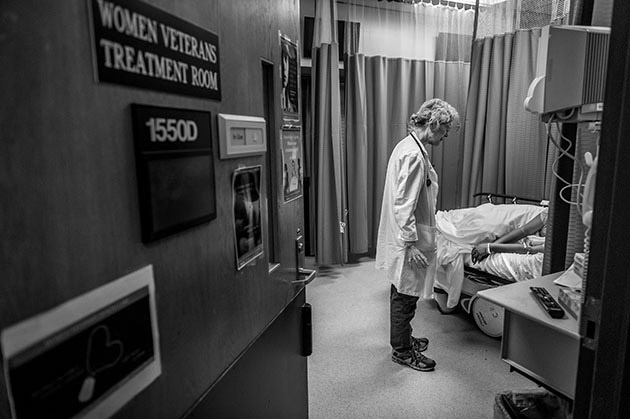 Dr. Nancy Lutwak, a VA emergency room physician in New York, opened up a room just for female vets so they could have a safe place to share their experience of being raped in the military and the health problems they face due to the assaults. 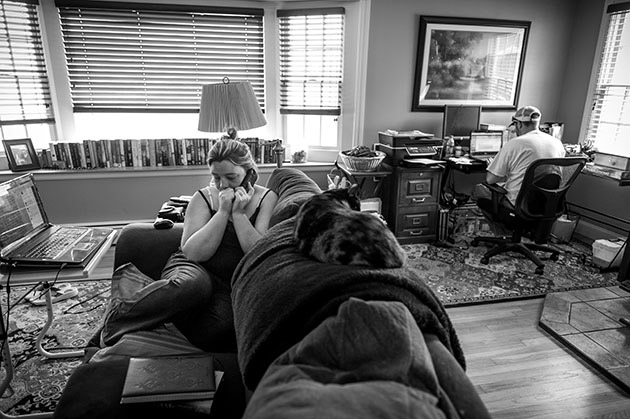 Jennifer Norris says she was drugged and raped after joining the Air Force. In tech school, Norris says, she fought off the advances of other superiors. “It’s like being in a domestic-violence marriage that you can’t get divorced from,” she says. Norris reported the assaults, rape, and harassment and saw her attackers punished—but then says she endured a sustained campaign of retaliation by her peers at work. Now she suffers with PTSD and has become an advocate, counseling MST survivors in Maine.

Tiffany Berkland and Elisha Morrow were sexually harassed by the same man when in basic training after joining the Coast Guard. “He haunts your person by day and your dreams at night,” Morrow says. They did not report the harassment for fear of being kicked out but came forward when they met a third victim. When their case went to trial, they met a fourth young woman who had been raped recently by the same superior. Berkland and Morrow say they’re guilt-ridden for not coming forward sooner. 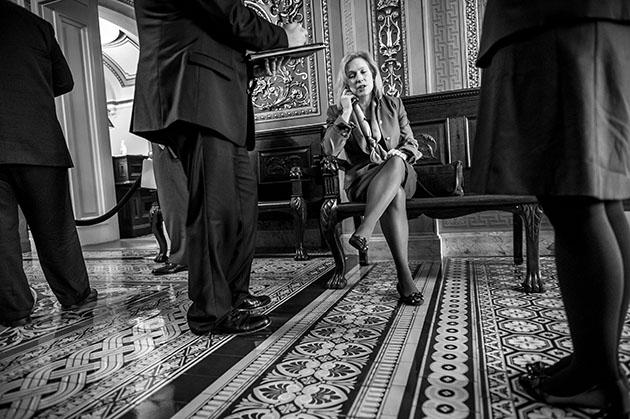 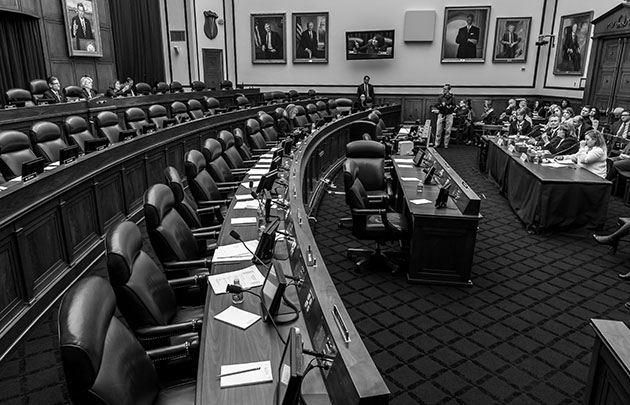