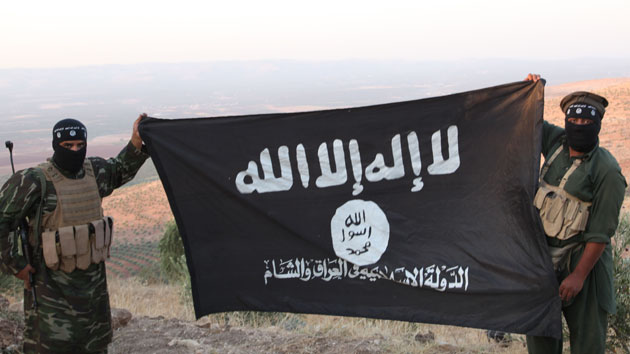 ISIS militants in Syria, holding a flag reading "Islamic State of Iraq and the Levant"Medyan Dairieh/ZUMA

“Its Islam over everything.”

So read the Twitter bio of Douglas McAuthur McCain—or, as he reportedly called himself, “Duale Khalid”—the San Diego man who is apparently the first American to be killed while fighting for ISIS. According to NBC News, McCain grew up in Minnesota, was a basketball player, and wanted to be a rapper. Friends describe him as a high school “goofball” and “a really nice guy.” So what could have made him want to join the ranks of other Americans drawn towards militant Islam like John Walker Lindh and Al Qaeda spokesman Adam Yahiye Gadahn? And how can we explain the dozens of other Americans who have also gone off to fight as jihadists in Syria, for ISIS and other militant groups?

According to University of Maryland psychologist and terrorism expert Arie Kruglanski, who has studied scores of militant extremists, part of the clue may lie in that Twitter tagline of McCain’s. Not just its content, but the mindset that it indicates—one that sees the world in sharp definition, no shades of gray. “These extreme ideologies have a twofold type of appeal,” explains Kruglanski on the latest Inquiring Minds podcast. “First of all, they are very coherent, black and white, right or wrong. Secondly, they afford the possibility of becoming very unique, and part of a larger whole.”

That kind of belief system, explains Kruglanski, is highly attractive to young people who lack a clear sense of self-identity, and are craving a sense of larger significance. In fact, Kruglanski and his colleagues have found that one important psychological trait in particular seems to define these militants who leave their own culture and go off to embrace some ideology about which they may not even know very much. (We recently learned that Yusuf Sarwar and Mohammed Ahmed, two British jihadis who went to fight in Syria last year, ordered Islam for Dummies and The Koran for Dummies from Amazon before they departed.) 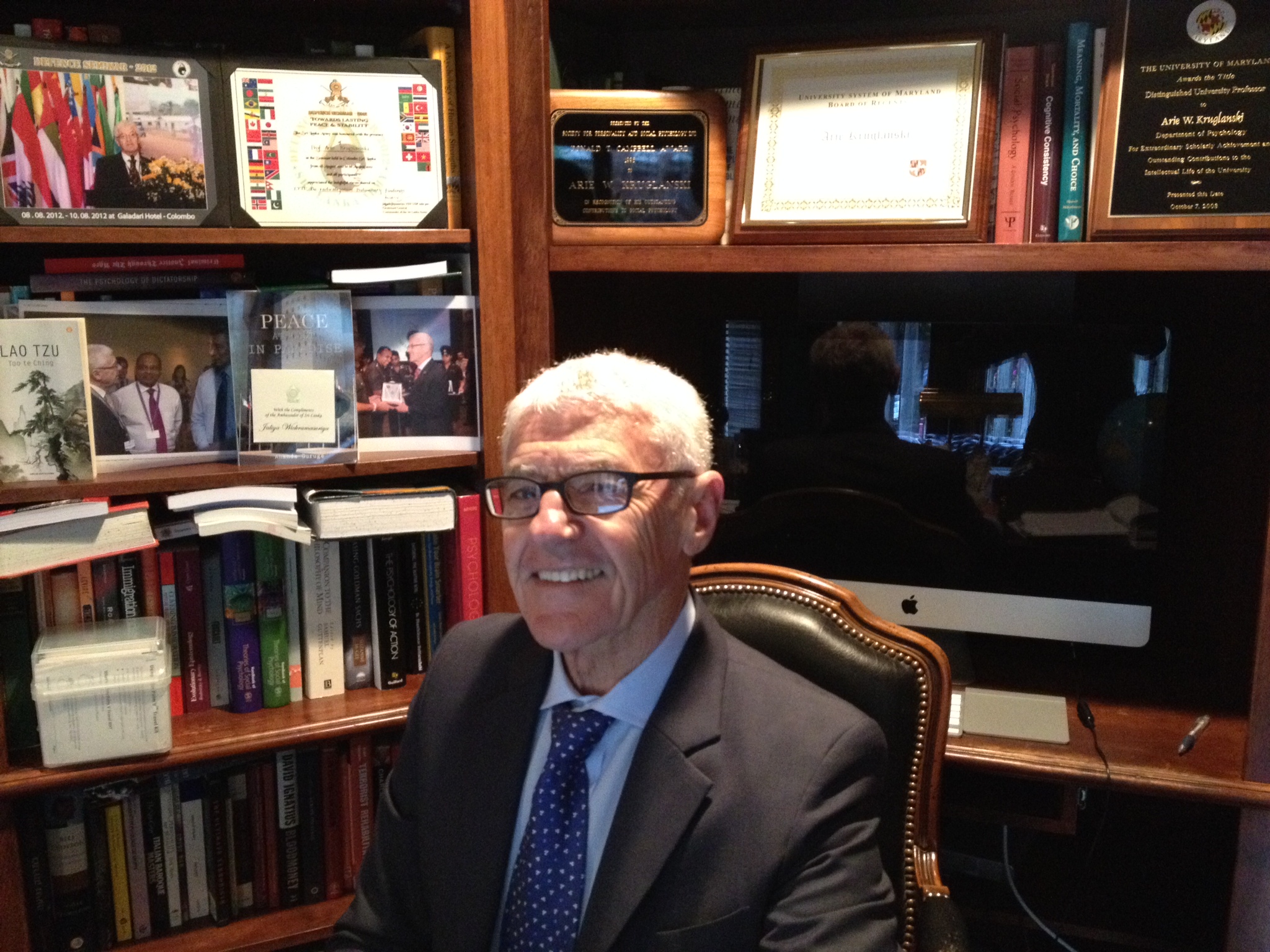 These young people seem to have what psychologists call a very strong “need for cognitive closure,” a disposition that leads to an overwhelming desire for certainty, order, and structure in one’s life to relieve the sensation of gnawing—often existential—doubt and uncertainty. According to Kruglanski, this need is something everyone can experience from time to time. We all sometimes get stressed out by uncertainty, and want answers. We all feel that way in moments, in particular situations, but what Kruglanski shows is that some of us feel that way more strongly, or maybe even all the time. And if you go through the world needing closure, it predisposes you to seek out the ideologies and belief systems that most provide it.

Fundamentalist religions are among the leading candidates. Followers of militant Islam “know exactly what is right and what is wrong, how to behave in every situation,” explains Kruglanski. “It’s very normative and constraining, and a person who is a bit uncertain, has the need for closure, would be very attracted to an ideology of that kind.” And for an outsider coming into Islam and drawn to that sense of certainty that it imparts, Kruglanski adds, you then want to prove yourself. To show your total devotion and commitment to the cause.

That’s not to say every fundamentalist becomes a terrorist, any more than it is to say that every person with a need for cognitive closure does. Other life factors definitely matter as well, and the need for cognitive closure is a trait measured on a continuum; it’s not that you either have it our you don’t. All of that said, the trait clearly does show up again and again in these extremists.

Followers of militant Islam “know exactly what is right and what is wrong, how to behave in every situation,” explains Kruglanski.

How do we know? Kruglanski and his colleagues have directly studied violent extremists and measured them on these traits. In Sri Lanka, for instance, Kruglanski was able to study thousands of members of the so-called Tamil Tigers (more formally called the Liberation Tigers of Tamil Eelam). A militant and terrorist group fighting to secede from Sri Lanka—a conflict fueled by both linguistic and religious differences—the Tigers had lost their civil war and surrendered, and many were now in a deradicalization program (thousands have since been released). “We administered questionnaires and interviews to about 10,000 of them, and we see how their thinking has evolved, and how it has changed,” he says.

Other psychological research points to conclusions highly consistent with those of Kruglanski. Psychologist Peter Suedfeld of the University of British Columbia, for instance, has investigated a trait called “integrative complexity,” which is clearly related to the need for cognitive closure and can be analyzed by examining an individual’s public speeches or writing. It is literally a measure of the complexity of thought, and one of its key aspects is whether one accepts that there are a variety of legitimate views about an issue, rather than thinking there is only one right way.

Suedfeld’s work has shown that in global conflicts, a decrease in integrative complexity on the part of the contending parties—exhibited, for instance, in an escalation of black-and-white rhetoric—is a good predictor that violent conflict will occur. He has also shown, through analyzing the speeches of Osama bin Laden, that the terrorist leader’s integrative complexity plummeted markedly in the run up to two major attacks: the twin embassy bombings in 1998 in Tanzania and Kenya, and the 2000 attack on the USS Cole. Bin Laden “was very purist in his ideology,” adds Kruglanski—a trait suggesting his need for closure. 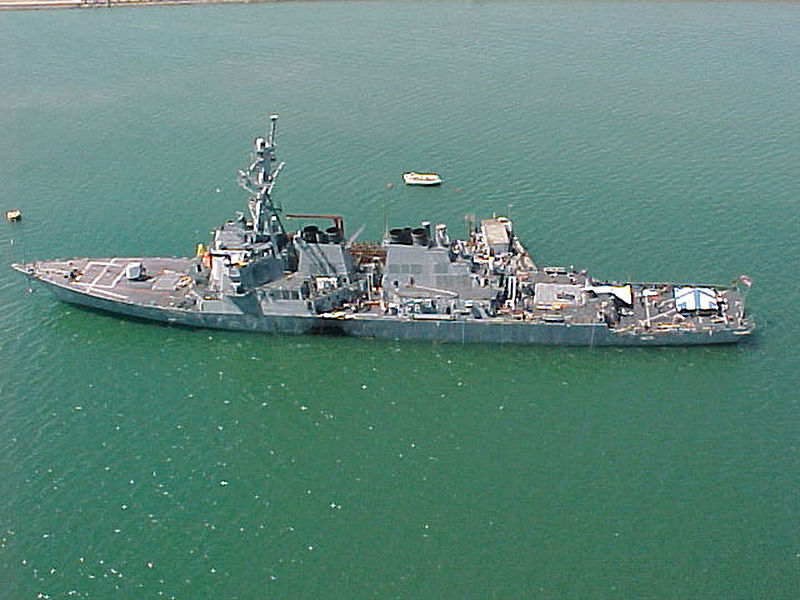 The USS Cole, with a visible hole in its side following a terrorist attack Department of Defense/Wikimedia Commons

And as it relates to terrorism, the need for cognitive closure has another, surprising implication. According to Kruglanski’s research, when terrorists attack a population, the fear and uncertainty that are created (for instance, following the 9/11 attacks) induce a strong need for closure in the attacked population as a whole. And this creates a kind of extremism of its own. People become more suspicious of outsiders and much more supportive of strong security measures that could curtail individual liberties. And they tend to rally around what is perceived to be a strong leader.

“The psychology of the terrorist victim—there is a high need for closure, high need for clarity, high need to commit to an ideology that would provide quick answers,” says Kruglanski. That’s certainly not saying that the victims of terrorism are themselves equivalent to terrorists. But it does mean that as psychological warfare, terrorism might very well work.

So how do you overcome the need for closure, and achieve deradicalization, when much of this core impulse emerges from the very human need to manage uncertainty and find meaning and significance in life? Kruglanski celebrates community-based programs in Muslim countries that try to “inoculate” young people against extreme ideologies. He also praises deradicalization efforts that seek to weaken the ideology of former terrorists with the promise of potential release and reintegration.

Both types of programs have shown at least some effectiveness, says Kruglanski. They help former extremists “find alternative ways of being significant, making a contribution, other than violence.”

This episode of Inquiring Minds, a podcast hosted by neuroscientist and musician Indre Viskontas and best-selling author Chris Mooney, also features a discussion of a new Pew report showing that social media may actually discourage the expression of some opinions (rather than enabling them), and of how neuroscientists and filmmakers are working together to understand how people’s perceptions actually work in a movie theater.