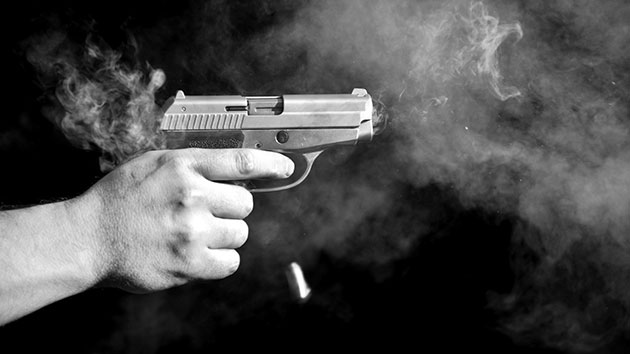 In the week since 18-year-old Michael Brown was shot and killed by a police officer in Ferguson, Missouri, initial autopsy findings, police reports, and eyewitness accounts have begun to provide some insights into the circumstances of his death. But plenty of questions remain unanswered, not the least of them: Where is Officer Darren Wilson, and what’s likely to happen to him?

Wilson, who was put on administrative leave after killing Brown, reportedly left home with his family a few days before his name was made public. A fundraising campaign launched on August 17 has already raised more than $10,000 to cover the financial needs of Wilson’s family, “including legal fees.” (The campaign has since increased its goal to $100,000.)

It remains to be seen whether Wilson will face criminal charges, but a limited review of similar killings by police suggests that the officers more often than not walk away without an indictment, and are very rarely convicted. Delores Jones-Brown, a law professor and director of the Center on Race, Crime, and Justice at John Jay College of Criminal Justice, looked at 21 publicized cases from 1994 through 2009 in which a police officer killed an unarmed black person. Of those, only seven cases resulted in an indictment—for criminally negligent homicide, obstruction of justice, conspiracy, or violation of civil rights—and only three officers were found guilty.

Let’s take a closer look at five specific cases in which an unarmed black man was killed by officers while allegedly fleeing or resisting in some fashion.

City: Memphis, Tennessee
Date: October 1974
Officers: Elton Hymon and Leslie Wright
Victim: Edward Garner
What happened: Officers Hymon and Wright were responding to a burglary call when Hymon spotted Garner, an unarmed 15-year-old, by a fence in the backyard of the home in question. After Hymon ordered Garner to halt, the teenager tried to climb the fence. In response, the officer shot him fatally in the head. A federal district court ruled that the shooting was justified under a Tennessee statute—the law said that once a police officer voices intent to arrest a suspect, “the officer may use all the necessary means to effect the arrest.” Garner’s father appealed, and the case ended up in the Supreme Court, which ruled the Tennessee statute unconstitutional and the killing unjustified. Justice Byron White wrote for the majority: “It is not better that all felony suspects die than that they escape. Where the suspect poses no immediate threat to the officer and no threat to others, the harm resulting from failing to apprehend him does not justify the use of deadly force to do so. It is no doubt unfortunate when a suspect who is in sight escapes, but the fact that the police arrive a little late or are a little slower afoot does not always justify killing the suspect. A police officer may not seize an unarmed, non-dangerous suspect by shooting him dead.” Despite the reversal, the officer who shot Hymon was never charged. 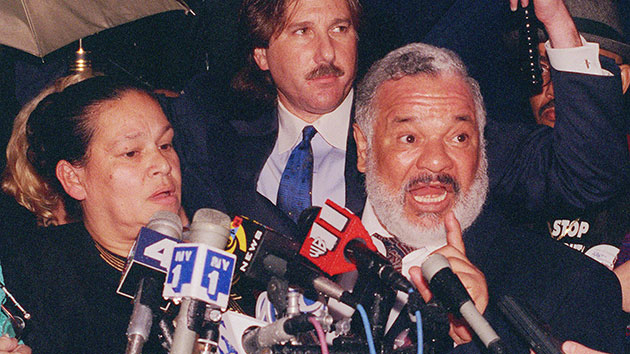 City: Bronx, New York
Date: December 1994
Officer: Francis X. Livoti
Victim: Anthony Baez
What happened: Officer Livoti choked to death 29-year-old Anthony Baez in a case that would later be featured in a PBS documentary titled Every Mother’s Son. After their football struck his patrol car, Livoti had ordered Baez and his brother to leave the area. When the brothers refused, Livoti attempted an arrest. After Baez allegedly resisted, the officer administered the choke hold that ended his life. Livoti, who had been accused of brutality 11 times over 11 years, was charged with criminally negligent homicide, but found not guilty during a state trial in October 1996. He was fired the following year, however, after a judge ruled his choke hold illegal. In June 1998, a federal jury sentenced him to 7.5 years in prison for violating Baez’s civil rights, and the Baez family received a $3 million settlement from the city later that year. In 2003, two more cops were fired for giving false testimony in Livoti’s defense. 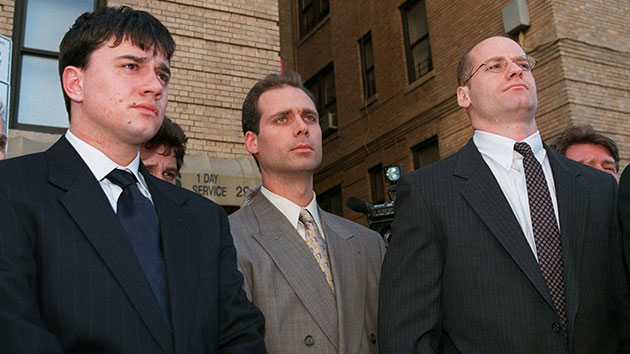 City: Bronx, New York
Date: February 1999
Officers: Sean Carroll, Edward McMellon, Kenneth Boss, Richard Murphy
Victim: Amadou Diallo
What happened: Amadou Diallo, an unarmed, 23-year-old immigrant from Guinea, was killed in the vestibule of his own building when four white police officers fired 41 shots, striking him 19 times. Diallo had just returned home from his job as a street vendor at 12:44 a.m. when he was confronted by the plainclothes officers. The officers later said he matched the description of a rape suspect, and that they mistakenly believed he was reaching for a gun. (He was pulling out his wallet.) Three of the officers had been involved in previous shootings, including one that led to the death of another black civilian in 1997. The four cops were acquitted of all charges, prompting citywide protests. They were not fired, either, but lost permission to carry a weapon—although one of the officers eventually had his carrying privilege restored. In 2004, Diallo’s family received a $3 million settlement from the city. His mother said her son had been saving to attend college and become a computer programmer. A foundation in Diallo’s name seeks to promote racial healing. 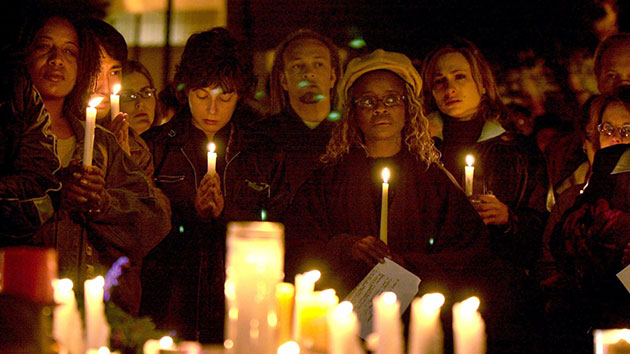 City: Los Angeles, California
Date: October 2000
Officer: Tarriel Hopper
Victim: Anthony Dwain Lee
What happened: Lee, a 39-year-old black actor who had roles in the 1997 movie Liar Liar and the TV series ER, was attending a Halloween party when the LAPD showed up, responding to a noise complaint. According to police accounts, a group of officers were searching for the party’s host when they found Lee and two other men in a small room, engaged in what the police claimed looked like a drug deal. Lee, who was dressed as a devil, allegedly held up a toy pistol, whereupon Officer Hopper fired several times, wounding him fatally. The LAPD’s internal review board determined that the shooting was justified because Hopper had believed Lee’s pistol was real and feared for his life. 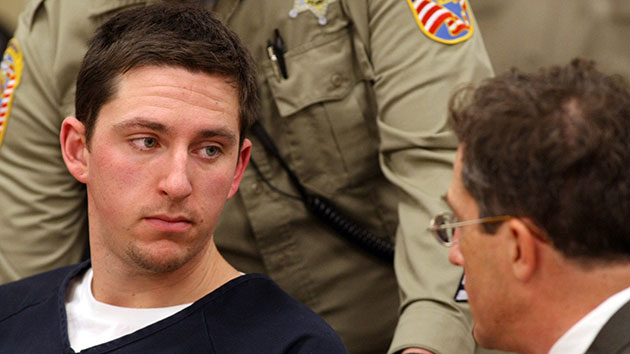 City: Oakland, California
Date: January 2009
Officer: Johannes Mehserle
Victim: Oscar Grant
What happened: Early on New Year’s Day, BART transit officers responding to reports of fighting on a train detained Oscar Grant, 22, and several other men on the platform at Fruitvale Station. In an incident captured on cell phone cameras, Officer Mehserle pulled out his gun and fatally shot Grant, who was face down on the platform at the time. Mehserle later testified that he thought he was reaching for his Taser while trying to put handcuffs on Grant, who resisted. A jury found Mehserle guilty of involuntary manslaughter and sentenced him to two years in jail. He was released after serving 11 months at the Los Angeles County Jail. The episode was turned into the acclaimed 2013 feature film, Fruitvale Station.