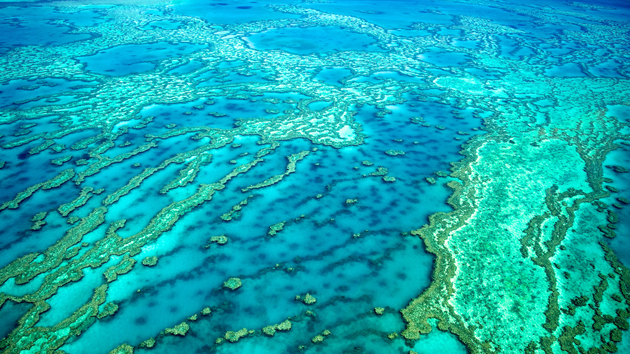 The Great Barrier Reef is set to be ravaged by the expected El Niño weather phenomenon and scientists warn that similar warming events have significantly impacted upon the reef’s coral.

Research by the University of Queensland studied large Porites coral colonies, a type of coral considered more resistant than others to changes in the environment.

By analysing and dating coral samples, researchers found there was a significant correlation between mass coral mortality events and spikes in sea surface temperature over the past 150 years.

This finding raises “serious concern” for the wellbeing of the Great Barrier Reef, the scientists said, because of the long-term threat of climate change and, more immediately, the arrival of El Niño.

El Niño is a climate phenomenon, occurring every few years, when water in the western part of the Pacific Ocean becomes exceptionally warm. It has different impacts in different parts of the world but in Australia it is associated with warmer temperatures and increased risk of droughts.

The chances of El Niño hitting this year has been measured at 90%; scientists are concerned it could cause widespread damage to the reef, which is already weakened because of pollution, cyclones and a plague of coral-eating starfish.

It has suffered a number of coral bleaches, notably in 1997 and 1998, after an El Niño. Bleaching is where the coral loses life and colour and turns white and brittle.

Professor Jian-xin Zhao, who led the University of Queensland project, said there has been a rise in Porites coral deaths in recent decades.

“The 1997-98 bleaching followed a strong El Niño event on top of a decline in water quality and a long-term global warming trend, which seems to have pushed the most robust corals past their tolerance limit,” he said.

“Considering that a similar El Niño event is predicted to occur this coming summer, we have grave concerns for the reef.”

Dr Tara Clark, lead researcher, said the loss of delicate hard corals was a concern because they provided habitat for many fish species.

“These Porites corals are meant to be robust, so for them to show a response to warming is significant,” she said. “We may have another bleaching event if there’s another El Niño, which would have dire consequences.

“If we start losing types of hard coral we’ll see these environments completely change, which will have implications down the track for a range of fish species.

“A stronger than normal El Niño event has been predicted, which is worthy of concern. But we should be focusing on things like pollution and overfishing, things we can control. If we can improve the water quality, it will buy us some time.”