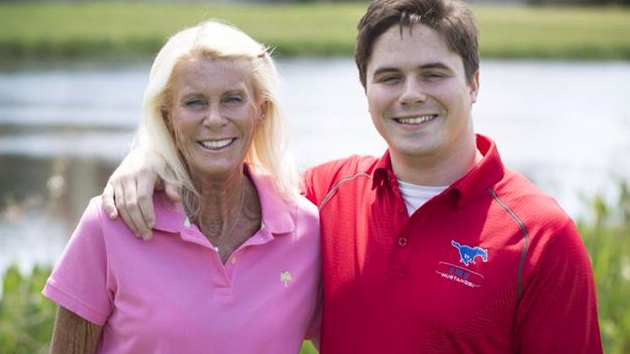 Update 06/25/2014: Despite the fact Turner’s campaign and super PAC spent more than $800,000 on his run for Congress—his next closest competitor spent some $370,000—Turner captured just 14 percent of the primary vote and failed to make the runoff.

Lots of parents fret that their millennials will never fly the coop. But one mother may have hit on a novel way to boost her 27-year-old son’s career: finance his run for the US House of Representatives.

That young man, Mike Turner, is in a six-way Republican primary for Oklahoma’s fifth congressional district. And his campaign has taken getting help from your parents to new heights: A super-PAC that appears to be financed by his mom has paid for $225,693 worth of pro-Turner ads. Turner donated $375,000 to his own campaign—money earned partly from his stake in the family trucking business. And when Turner filed papers to run for Congress, he listed as his address his childhood home.

Not that Turner is loafing; like most millennials, he’s held plenty of part-time work. In 2013, he was elected to the Oklahoma House, where he became known for introducing a bill to ban all marriage in Oklahoma. That way, Turner explained, the state could prevent same-sex marriage without running afoul of the Supreme Court ruling that same-sex marriage bans were unconstitutional.

His campaign website describes him as an entrepreneur and a consultant to inventors and manufacturing startups—although it doesn’t identify any businesses he’s advised, and a Nexis search and a search of Oklahoma’s business entities failed to turn up any corporations in Turner’s name.

Turner’s campaign and super-PAC have outspent his nearest competitor by about $430,000 ahead of Tuesday’s primary. His competition includes Steve Russell, a former state senator and retired lieutenant colonel who led the search for Saddam Hussein and still insists that the US found weapons of mass destruction in the Iraq War.

Every dollar that the Democracy Values Fund, the super-PAC, has reported so far has come from Turner family sources. The majority of its funds, $125,000, come from a revocable trust in the name of Michele G. Turner.

Neither Turner’s campaign nor the super-PAC’s treasurer responded to requests for comment about Michele G. Turner’s relationship to Mike. A video released by Turner’s campaign features his mother, spelling her name Michelle Turner. However, a Nexis search for Mike Turner shows him living in a house purchased by Michele G. Turner and Jeffrey E. Turner in 1997—the same Edmond, Oklahoma, address Turner listed on his candidate filings. (Property tax records confirm that the house was recently owned by Michele and Jeffrey Turner.)

There is one way in which Turner stands out from the rest of the boomerang generation. Although he lists the Edmond home as his address, Turner isn’t exactly living in his childhood home—because he is now the house’s part-owner. The title for the 6,000-square-foot house, valued by Zillow at $1.1 million, was recently transferred to the Turner Family Trust and the Michael Jeffrey Turner Trust.