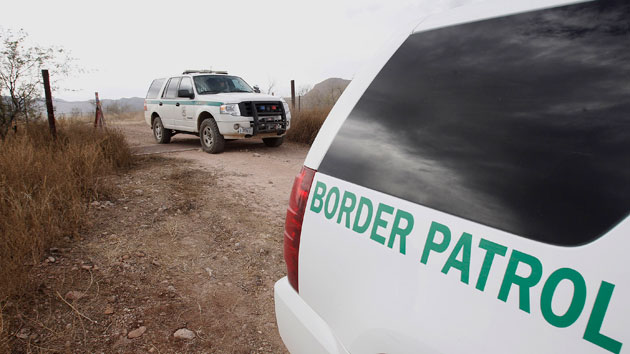 This year, more than 70,000 unaccompanied immigrant children are expected to show up at the US border.

A complaint filed Wednesday with the Department of Homeland Security on behalf of 116 unaccompanied minors gives a glimpse of the sort of treatment the kids may receive if they are taken into custody. Prepared by the ACLU and four other civil rights organizations, the complaint details claims of physical, sexual, and verbal abuse directed at children—some as young as five years old—at the hands of US Customs and Border Protection (CBP), often after the children fled violence or threats in their home countries.

The complaint is not an exhaustive accounting, but rather, the organizations note, a “representative sample” based on interviews conducted this spring. About a quarter of the children reported some form of physical abuse by CBP officials, including “sexual assault, beatings, and the use of stress positions.” More than half reported verbal abuse and denial of medical care. The children are not guaranteed legal counsel after being apprehended.

Below are some excerpts from the full complaint (PDF), divided by categories of abuse:

Physical and sexual abuse: “D.G. is a 16-year-old Central American girl. Shortly after CBP arrested her, officials mocked her and asked her why she did not ask the Mexicans for help. When they searched her, officials violently spread her legs and touched her genital areas forcefully, making her scream. D.G. was detained with both children and adults. She describes the holding cell as ice-cold and filthy, and says the bright fluorescent lights were left on all day and night.”

Inhumane conditions: “C.S. is a 17-year-old girl who was apprehended after crossing the Rio Grande. CBP detained C.S. in a hielera [a cold cell, or “freezer” in Spanish] in wet clothes that did not dry for the duration of the three and a half days she was there. The only drinking water available to C.S. came from the toilet tank in her holding cell. The bathroom was situated in plain view of all other detainees with a security camera mounted in front of it. C.S. could not sleep because the temperature was so cold, the lights were on all night, and officials frequently woke the detainees when they tried to sleep.”

Due process concerns: “K.H. is an orphan who was apprehended at the border when she was 17-years-old. K.H. fled to the safety of her extended family in the United States after a gang tried to force her into a sexual relationship with one of their members…Because she is an orphan, K.H. would have been eligible for Special Immigrant Juvenile Status (SIJS), a defense to removal which must be initiated prior to a child’s 18th birthday. However, because CBP officials confiscated her identity documents and did not return them, K.H. was unable to file an application for SIJS before her 18th birthday.”

Similar complaints have been filed over the past few years, to little or no response from the Department of Homeland Security: Earlier this year, the American Immigration Council found that 97 percent of the 809 abuse complaints against CBP between January 2009 and January 2012 resulted in the classification of “no action taken.” Sixty percent of those complaints involved the abuse of migrant children.

This week did bring a bit of good news for migrant children: the Obama administration announced the launch of a legal aid program that will enroll about 100 lawyers and paralegals to provide legal services to the “most vulnerable” children. However, the program is only expected to help a fraction of the 74,000 kids who could arrive this year.