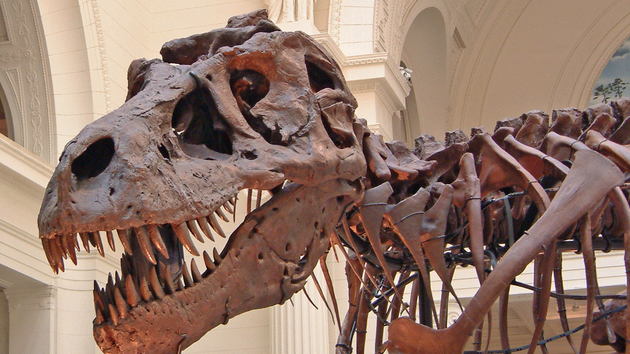 In an interview that aired on November 2, 2012, Sally Mauk, news director for Montana Public Radio, asked Daines, who was then running for Montana’s lone House seat, whether public schools should teach creationism. Daines responded, “What the schools should teach is, as it relates to biology and science is that they have, um, there’s evolution theory, there’s creation theory, and so forth. I think we should teach students to think critically, and teach students that there are evolutionary theories, there’s intelligent-design theories, and allow the students to make up their minds. But I think those kinds of decisions should be decided at the local school board level.” He added, “Personally I’d like to teach my kids both sides of the equation there and let them come up to their own conclusion on it.”? Here’s a recording of the exchange:

??Daines did not respond to multiple requests for comment. Lauren Passalacqua?, a spokeswoman for Democratic Sen. John Walsh—who was appointed in February by Montana Gov. Steve Bullock to replace longtime Democratic Sen. Max Baucus and could potentially face Daines in the general election—says, “Sen. Walsh respects everyone’s right to practice their faith but believes public school is a place for science, not religion.?”?

The radio interview wasn’t the first time Daines dabbled in creationism. On July 31, 2012, Don Pogreba, a Montana high school teacher who blogs about politics, reported that Daines was scheduled to attend a breakfast fundraiser for his campaign at the Creation Museum in Petersburg, Kentucky—an establishment that says it “brings the pages of the Bible to life.” Visitors to the Kentucky museum learn about what the world looked like “6,000 years into the past”—at “the dawn of history”—and can see “children play and dinosaurs roam near Eden’s Rivers.” A notice for the event was reportedly posted on Daines’ campaign website. A few days later, Alex Sakariassen, a reporter for the Missoula Independent, asked Daines’ campaign why the congressman was holding a campaign event at the controversial museum. Zach Lahn, Daines’ campaign manager at the time, replied that “all location details and speaker invitations have been made by [Daines] supporters,” not the campaign itself. After the Independent published a story about the event, the announcement for the fundraiser disappeared from the Daines campaign’s website. And a spokeswoman for the Kentucky museum says the fundraiser never took place there.?

On the campaign trail, Daines points to his executive experience at a Bozeman-based tech firm, RightNow Technologies, as evidence he’s a pragmatic businessman focused on economic issues. Greg Gianforte, a longtime Daines ally and donor who founded RightNow and sold it in 2012 for more than $1.8 billion, also has a history of supporting creationism. In 2009, his charity, the Gianforte Family Foundation, helped fund the $1.5 million creationist dinosaur museum in Glendive, Montana. According to the? Billings Gazette, Gianforte’s foundation made “the largest donation for a specific exhibit,” funding a display featuring Tyranosaurus rex and Acrocanthosaurus. In the years since that museum opened, Gianforte has become one of Daines’ campaign backers; he sued the Montana Democratic Party in 2012 for allegedly making false claims about Daines and RightNow, he contributed the maximum $5,200 to Daines’ campaign in 2013, and the two men appeared together publicly as recently as March 2014, at a Yellowstone County Republicans dinner. (Gianforte did not respond to multiple requests for comment.)

The Glendive museum’s website contends that “the wonders of God’s creation are prostituted for evolutionism.” The museum promises to tell visitors whether “the dinosaurs die[d] out 65 million years ago” or “co-exist[ed] with man and diminish[ed] within the last five thousand years.?” (Spoiler alert: The museum sides with the latter.) Otis Kline, president of the Foundation Advancing Creation Truth?, which runs the museum, says that he knows Daines, but hadn’t “seen him for quite some time.” Kline would not say whether Daines had donated to or supported the Glendive museum.

Although it may give pause to some scientists and educators, Daines’ advocacy for “teaching the controversy” won’t necessarily hurt him in the polls. A Pew Research Center poll conducted last year found that 33 percent of US adults say they do not believe in evolution. Of the 60 percent who indicated that “humans have evolved over time,” a little less than half said that a “supreme being guided evolution.”