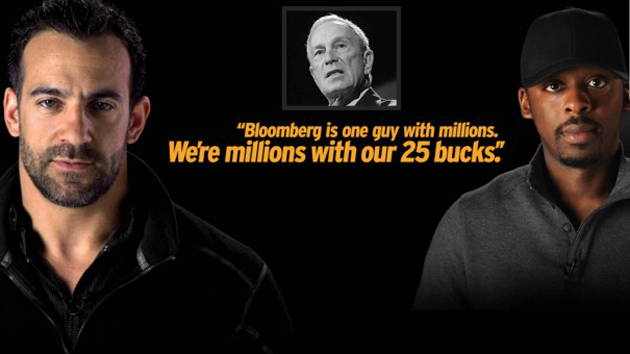 Every year at the National Rifle Association’s convention, executive vice president Wayne LaPierre makes a point of extolling the broad, grassroots appeal of the organization’s membership, which may or may not be 4 to 5 million strong. “I think that in human history, seldom has there been a meeting quite like this,” his speech last weekend in Indianapolis began. “A gathering—and you know we are—of all ages, all political parties, races, all religions. A gathering of people who just love our great nation.”

LaPierre and the NRA also unveiled a glossy new video meant to reinforce that all-American message and push back hard against Everytown for Gun Safety, a new group combining Moms Demand Action and Mayors Against Illegal Guns and armed with major funding from Michael Bloomberg.

The NRA video opens with a casually dressed, rugged-looking white guy talking directly into the camera: “Michael Bloomberg says he has 50 million dollars to attack my gun rights. Well, I have 25 dollars to protect them.” He’s referring to the cost of a one-year NRA membership. Then, a veritable rainbow coalition of youngish NRA members flashes by, all of them in agreement: “I’ve got 25 dollars,” says a black guy with a goatee and baseball cap. “And me too,” says a smiling Asian guy. “I’m a mom, and I do too,” says a blonde woman. Hispanic woman? Check. Additional women? Check. A banner across the top invites viewers to “join now.” Then the rugged guy comes back around to ding Bloomberg again: “This guy thinks he can scare us into running from a fight to protect our rights and our freedoms. He’s one guy with millions. We’re millions with our 25 bucks.”

In fact, this group has quite a bit more firepower than it’s letting on. At least seven of the ordinary-looking folks in the video work for NRA News, the media arm of the nation’s biggest gun group. They comprise the official team of NRA News commentators, part of an operation billed as “America’s premier source for Second Amendment news,” which includes a website, multiple video channels, satellite radio programming, and a magazine.

An executive producer for the network, John Popp, confirmed in an email to Mother Jones that the people in the Bloomberg video “are employees of NRA News.” The main talking head is Dom Raso, an ex-Navy SEAL who also stars in a forthcoming NRA production, I Am Forever. In that show, according to the Blaze, Raso “takes his experience as a former operative and breaks it down for a young, 17-year-old girl in an attempt to teach her how to not only be proficient in guns, but also be smart and defend herself.” 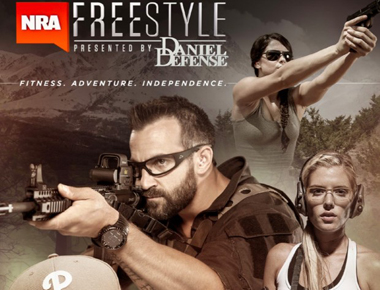 Just prior to this year’s gathering in Indianapolis, NRA News announced that it had added three new commentators to the official team, including two women, Gabby Franco and Nikki Turpeaux, and an openly gay former Google employee from San Francisco, Chris Cheng. They all appear in the video, as do the rest of their colleagues on the team, Natalie Foster, Billy Johnson, and Colion Noir.

It’s unclear what financial rewards underwrite the group’s passion for the Second Amendment: Popp declined to answer questions about the terms of the commentators’ employment, including how much they’re paid for appearing in NRA videos and other programming. Team member Noir recently confirmed in the Los Angeles Times that he was approached by the NRA and agreed to a deal, but also declined to discuss his compensation.

It’s not as if the NRA has gone to great lengths to hide the identities of the people in the video; they are all profiled on the NRA News site. But the video itself doesn’t identify any of them, and most viewers are unlikely to wonder much about who they are, let alone go looking for more information about them.

Such sleight-of-hand is perhaps unsurprising from an organization that raises the specter of a federal gun registry from legislation that in fact specifically outlaws one, or that rolls out a report with a phony mass shooting in it as it calls for more guns in schools. Yet, launching the new video in tandem with LaPierre’s grandiloquent praise in Indianapolis for rank-and-file members may have been intended for a specific purpose—to divert attention from the increasing chasm between the extreme politics of the NRA’s leadership and the views of most Americans, including those of most NRA members.

It may also seem ironic for the NRA to appropriate a David-versus-Goliath theme, given the prodigious sums of money it gets from gun companies and other corporate patrons and that it pumps to its favorite politicians. But it’s also a savvy tactic: LaPierre and company no doubt recognize that they’ve got a growing public-relations problem in the post-Sandy Hook era, not least with women. It’s no coincidence that the NRA also gave its women’s network a makeover last year. (Natalie Foster, one of the NRA News commentators appearing in the video, explains here how the NRA approached her for help and she negotiated with them for months before deciding to “accept the offer.”)

Even if the NRA hopes to come off as a diverse, lady-friendly underdog with the new Bloomberg spot, the finale suggests that the gun group won’t wander far from its usual approach of strafing the opposition. As Raso puts it, “Let’s see who crushes who.”