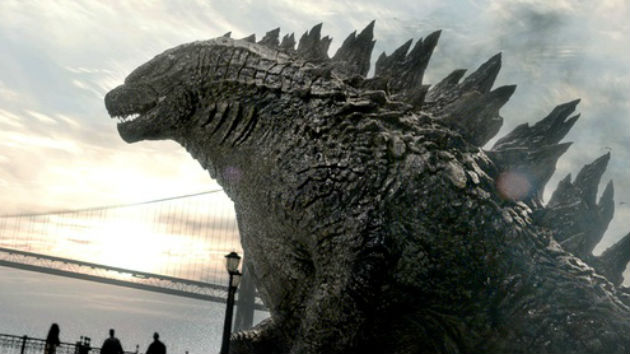 You might have already heard that the images of destruction in the new Godzilla movie (starring Aaron Taylor-Johnson, Elizabeth Olsen, Ken Watanabe, and Bryan Cranston) were largely inspired by real-world disasters. “As we were writing the film, the horrible events in Fukushima [where a tsunami caused a nuclear meltdown] happened and we had to make the decision: Do we stay away from that or do we acknowledge that you’ve opened this Pandora’s box of nuclear power, and when it goes wrong, it really does go wrong?” director Gareth Edwards told the Daily News. (The original Godzilla film, Gojira, was cleverly critical of US nuclear testing, and the critically maligned 1998 Godzilla, directed by Roland Emmerich, blamed Godzilla’s wrath on nuclear tests in French Polynesia.)

The 9/11 attacks and Hurricane Katrina are also given visual nods in Edwards’ version of Godzilla. Furthermore, the director drew on the horrors and devastation of modern warfare. Edwards says that he and his crew revisited images from Iraq, Afghanistan, World War II, and other conflicts.

“You sit down on Day One with all of the different heads of department and you say, ‘OK, let’s take this seriously, let’s do this realistically,'” Edwards tells Mother Jones. “There’s never really going to be giant monsters that come out of the ocean and smash a city and cause a tsunami and things like this. But, there are events that smash cities and cause tsunamis within nature and war, and so you don’t have to think very hard to recall that imagery. It’s so scarred in our minds that as we are creating the movie, we are getting all of those reference images and it’s nearly impossible not to be influenced by them.”

One of the first things Edwards did when he started this project was he went out and bought photography and history books and then studied them closely with his team. “We literally sat down and had a hundred different books,” Edwards says. “A lot of war books, a lot of aftermath, whether it be terrorist or natural disasters; just because people are so familiar with that imagery that…now we have a reference for what it’s supposed to look like when a giant monster comes…Science fiction is not really about the future. It’s about the time today when it was made and it’s reflecting the things of the moment.”

Here are a couple shots from the film that have a wartime or natural-disaster vibe: 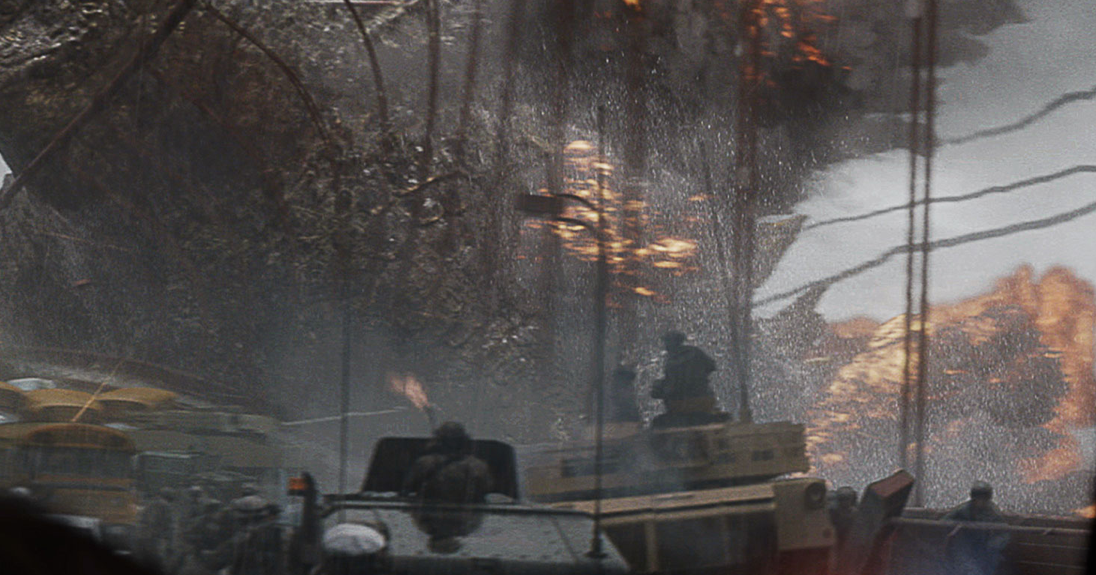 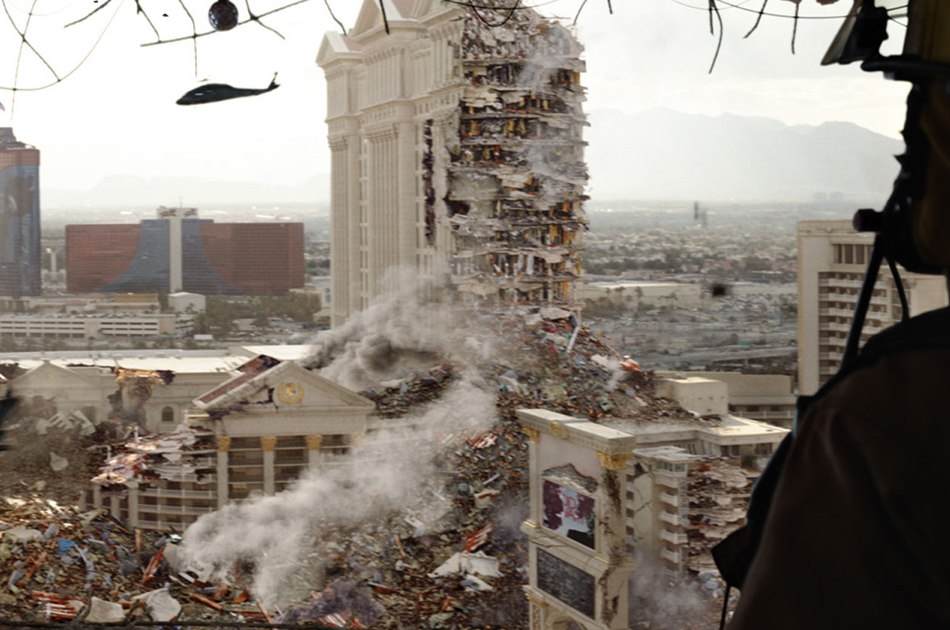 The Department of Defense cooperated with the filmmakers, which gave Edwards and his crew access to aircraft carriers and US soldiers, some of whom appear in the movie as extras.

If you’d like to check out a full transcript of the roundtable discussion a few critics and I had with Edwards, click here. Now, here’s the trailer for the latest Godzilla: