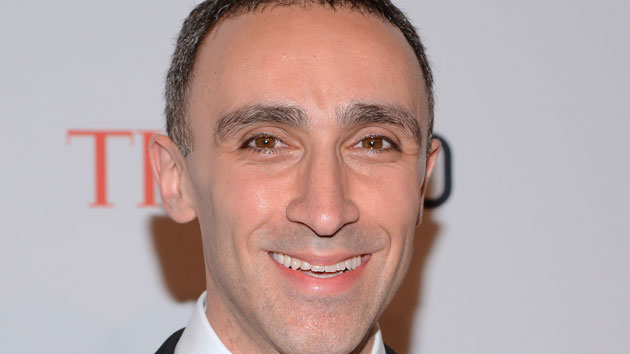 Last week, the online dating site OkCupid switched up its homepage for Mozilla Firefox users. Upon opening the site, a message appeared encouraging members to curb their use of Firefox because the company’s new CEO, Brendan Eich, allegedly opposes equality for gay couples—specifically, he donated $1000 to the campaign for the anti-gay Proposition 8 in 2008. “We’ve devoted the last ten years to bringing people—all people—together,” the message read. “If individuals like Mr. Eich had their way, then roughly 8% of the relationships we’ve worked so hard to bring about would be illegal.” The company’s action went viral, and within a few days, Eich had resigned as CEO of Mozilla only weeks after taking up the post. On Thursday, OkCupid released a statement saying “We are pleased that OkCupid’s boycott has brought tremendous awareness to the critical matter of equal rights for all individuals and partnerships.”

But there’s a hitch: OkCupid’s co-founder and CEO Sam Yagan once donated to an anti-gay candidate. (Yagan is also CEO of Match.com.) Specifically, Yagan donated $500 to Rep. Chris Cannon (R-Utah) in 2004, reports Uncrunched. During his time as congressman from 1997 to 2009, Cannon voted for a constitutional amendment banning same-sex marriage, against a ban on sexual-orientation based job discrimination, and for prohibition of gay adoptions.

Of course, it’s been a decade since Yagan’s donation to Cannon, and a decade or more since many of Cannon’s votes on gay rights. It’s possible that Cannon’s opinions have shifted, or maybe his votes were more politics than ideology; a tactic by the Mormon Rep. to satisfy his Utah constituency. It’s also quite possible that Yagan’s politics have changed since 2004: He donated to Barack Obama’s campaign in 2007 and 2008. Perhaps even Firefox’s Eich has rethought LGBT equality since his 2008 donation. But OkCupid didn’t include any such nuance in its take-down of Firefox. Combine that with the fact that the company helped force out one tech CEO for something its own CEO also did, and its action last week starts to look more like a PR stunt than an impassioned act of protest. (Mother Jones reached out to OkCupid for comment: We’ll update this post if we receive a response.)

Update April 8, 2014, 12:30 p.m. PDT: OkCupid CEO Sam Yagan provided a statement to the SF Chronicle this morning clarifying the intentions behind his donation to Cannon and his stance on gay rights. Here it is in full:

A decade ago, I made a contribution to Representative Chris Cannon because he was the ranking Republican on the House subcommittee that oversaw the Internet and Intellectual Property, matters important to my business and our industry. I accept responsibility for not knowing where he stood on gay rights in particular; I unequivocally support marriage equality and I would not make that contribution again today.  However, a contribution made to a candidate with views on hundreds of issues has no equivalence to a contribution supporting Prop. 8, a single issue that has no purpose other than to affirmatively prohibit gay marriage, which I believe is a basic civil right.