Civilization as we know it is going to collapse—someday at least. Judging by what climate scientists are saying—or what some are gleaning from the buffalo running around Yellowstone—it could be a lot sooner than we’d like.

The band Kithkin, hailing from the frigid (and fictitious), tree-worshiping Northwestern nation of Cascadia (consisting of Oregon, Washington, and British Columbia), plans to make the most of it by offering audiences the chance to go down dancing.

With their aptly named debut album, Rituals, Trances & Ecstasies for Humans in the Face of Collapse coming May 20, the (actually) Seattle band is hoping to highlight the role of humans in our own demise—and help us think about how we can prevent it.

Kithkin was inspired by Ishmael, a philosophical novel by Daniel Quinn that reframes civilization and its end by means of a Socratic dialogue between the narrator and a telepathic gorilla. “It talks about climate change, sustainability, resource distribution, food, and all these big, kind of hard-to-digest topics in a really engaging and streamlined way,” explains Kelton Sears, one of the band’s lead singers. 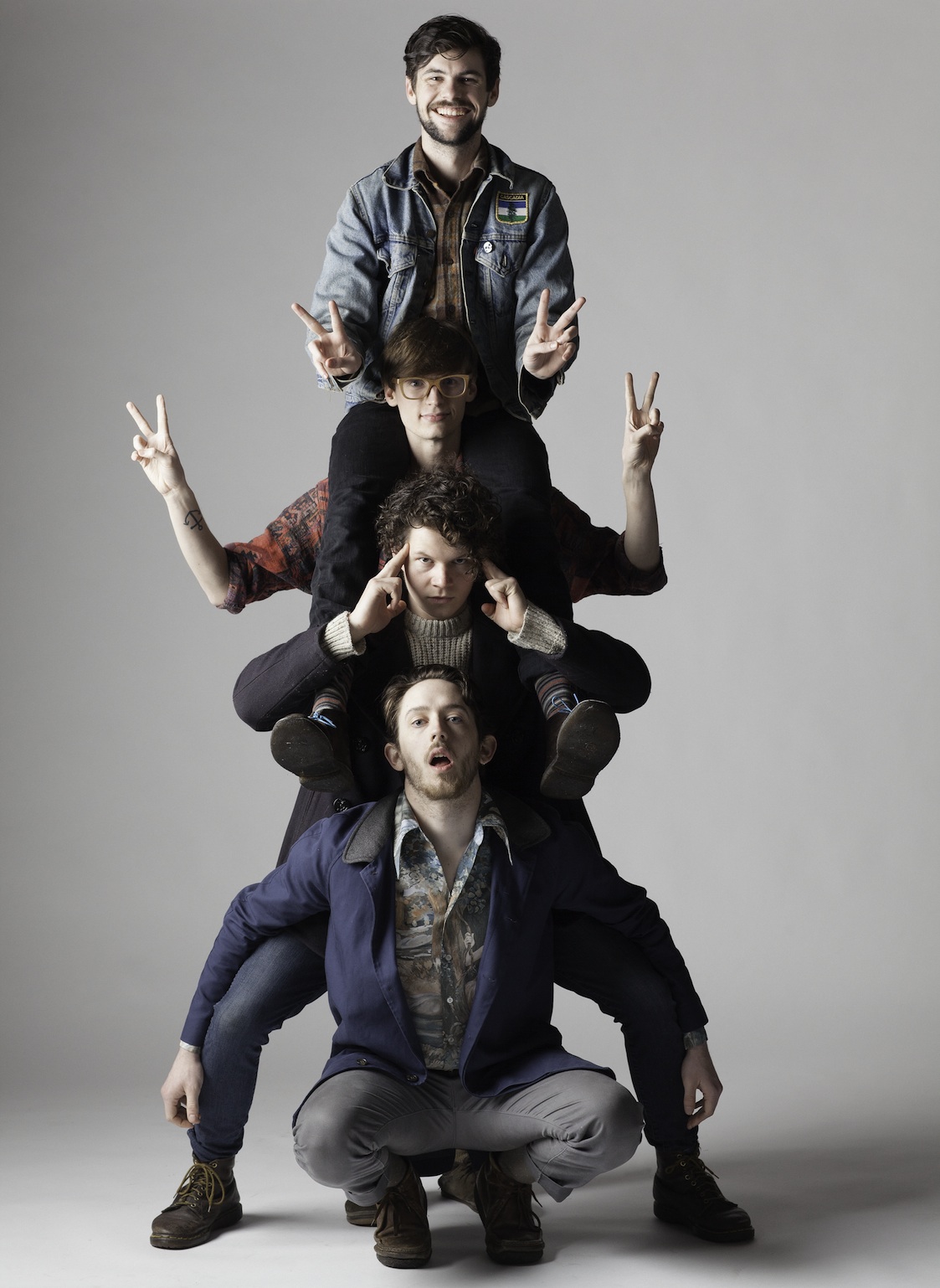 Though Kithkin was founded on a mutual affinity for drums and rhythmic music shared by Sears (who also plays bass) and his fellow frontman Ian McCutcheon, Quinn’s ideas shaped the band’s identity and moved its members to make positive music about negative things. “It is a very apocalyptic book that’s kind about how the way that humans live isn’t working anymore, and that things are going to crumble,” Sears says. “You don’t pay attention to because it is sort of hard to comprehend and think about.”

At Seattle University, the two met up with Alex Barr (guitar) and Bob Martin (keys and theremin), and Kithkin was born. Every member plays the drums as well as their other instruments, which explains the complex layers of rhythms that give their charged lyrics an upbeat quality.

But the bandmates aren’t all serious and earnest. They are self-proclaimed “fantasy nerds,” and Sears says a lot of the tree-centric Cascadia imagery is just for fun. Still, Kithkin hopes to get listeners thinking. “Singing about that stuff just makes us as honest with ourselves as possible,” Sears says. “You are naturally more passionate about it if it has that deeper meaning to you.”

The exclusive video at the top of this post, titled “W (Upturned Moon),” is set to Kithkin’s single “Altered Beast” and depicts a coven of women in a forest attacking a pile of trashed consumer goods—one metric ton of it, if you want to get specific.

“Thinking about the video, we were also interested in this idea of the witch,” Sears explains. “This archetype is interesting to us, and this idea of women as agents of change, breaking all this stuff that is symbolic of all the stuff humans are doing that is contributing to the demise of civilization. And in a way, making it a celebratory thing instead of a scary thing.”

Check out the video and catch the band on its first official tour this spring. Who knows when civilization will collapse? In the meantime Kithkin has created an album of great songs, laced with ideas all need to ponder. If the Apocalypse is coming, at least it won’t sound that bad.