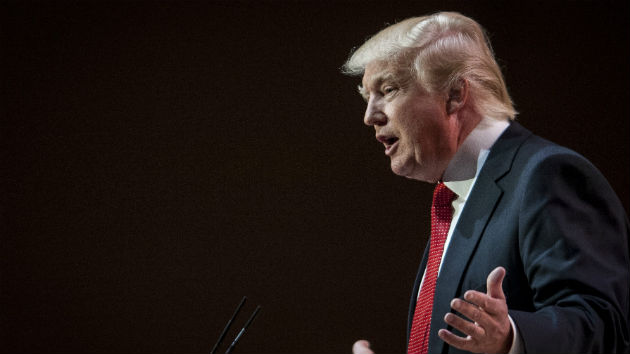 In the bowels of the National Harbor convention center in suburban Maryland on Thursday, a nonprofit called Empact America schooled attendees about the threat of a terrorist attack by way of an electromagnetic pulse. Former Reagan Defense Department official Frank Gaffney articulated his view that anti-tax activist and American Conservative Union board member Grover Norquist is an undercover agent for the Muslim Brotherhood. Ginni Thomas, a Daily Caller contributor and wife of Supreme Court Justice Clarence Thomas, alleged that President Barack Obama may be guilty of providing material support for terrorism. At least one panelist suggested that Speaker of the House John Boehner was a part of the Benghazi cover-up. (Who can say?)

But this gathering of very concerned right-wingers wasn’t an official part of the annual Conservative Political Action Conference underway in the same facility. The panelists were the “uninvited”—a motley crew of conservative activists who had been shunned by CPAC organizers and assembled, for the second consecutive year, as a sort of shadow convention by Breitbart News. After building a reputation for catering to conspiracy theorists and bigots (especially during the first five years of the Obama administration), CPAC, the nation’s largest annual conservative political shindig, seems to have turned down the volume.

That is, CPAC is getting soft.

Just consider the recent history. In 2012, CPAC organizers opened up their conference to folks like John Derbyshire (since fired from the National Review for telling his kids to avoid black people), and the founder of VDare.com, celebrating the first English child born in North America. Last year, Wayne Allyn Root, who attempted to swing the 2012 election by claiming Obama attended Columbia as a foreign exchange student, spoke from a CPAC side stage. Three years ago, Thomas Woods, a founder of the secessionist group League of the South, spoke at a CPAC breakout session and held a book signing. Last year, a Fox News commentator made a rape joke about a rape victim. There have even been CPAC panels on the supposed Muslim Brotherhood takeover of CPAC.

None of these figures appear on the CPAC schedule this year. Nor does Pamela Geller, who once published a scoop claiming that Obama was the secret love child of Malcolm X. She was exiled from CPAC in 2013. Rep. Allen West (R-Fla.), a leader of the movement that believes the conservative movement is being co-opted by stealth Islamists, didn’t make the trip this year. Bishop Harry Jackson, who claims gays are trying to “recruit” children, is nowhere in sight, even though he’s from suburban Maryland. Rep. Steve King (R-Iowa), the Republican party’s most prominent anti-immigrant voice, didn’t get a speaking slot.

Oh, at this year’s CPAC there was still the Georgia man who travels the country dressed up as Declaration of Independence signer Button Gwinnett. There were plenty of bow ties. And two college-age bros walked around in American-flag boxers and boat shoes—which is to say, they walked around like college-age bros. CPAC was still, very noticeably, CPAC. There was the now-annual controversy about refusing to allow an LGBT conservative group, GOProud, to cosponsor the conference. Donald Trump was there, Donald Trumping.

But for the first time in a long while, the lunatics haven’t taken over the CPAC asylum. At least not yet.