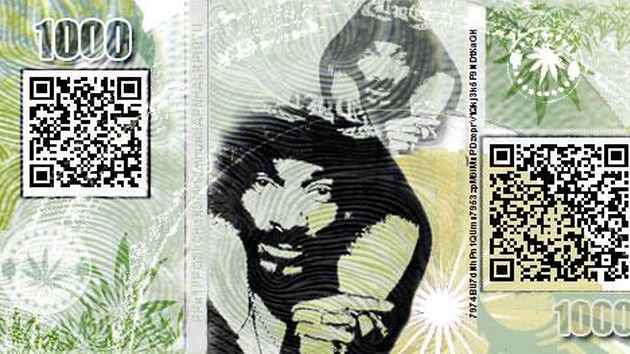 In October 2012, four assailants allegedly kidnapped a California pot dispensary owner and drove him out to the desert, where they believed he was hiding the proceeds of his successful marijuana business. There was no cash to be found, but, in a bid to make the businessman talk, the would-be-robbers burned him with a blow torch and then cut off his penis, driving away with it so that it couldn’t be surgically reattached.

So far 20 states and the District of Columbia have legalized the use of marijuana for medical or recreational purposes, but with the rise of the legal pot business has come a wave of robberies and other crimes targeting pot dispensaries and their owners. The purveyors of legal pot are a major crime magnet, in part because they largely operate on a cash-only basis. And that’s due to the fact that most banks and credit card firms refuse to work with these businesses for fear of being prosecuted under federal law, where the sale of pot remains illegal. Last month, the Obama administration issued new guidelines aimed at making banks feel more at ease in providing services to legal marijuana businesses. But the administration stopped short of promising immunity, so for now most financial firms are steering clear.

That leaves many potrepreneurs to handle large amounts of cash—and fearful for their safety. “Everyone in the industry is having nightmares,” Michael Elliot, executive director of the Marijuana Industry Group, recently told NBC. So perhaps it’s fitting then that the idea for PotCoin—a new digital currency, akin to bitcoin, that’s being marketed to legal marijuana businesses—came to “MrJones” in a dream.

MrJones is one of the three founders of PotCoin, which launched earlier this year. They have so far kept their identities secret, but they are developers who claim to have nationally recognized startups under their belts. They’re planning to unmask themselves at a cryptocurrency convention in April.

“I guess anyone with an MBA and a love for crypto could have seen the opportunity,” MrJones told Mother Jones in an email. “I saw it first and acted.” He added, “This is an industry stigmatized unjustly for too long, first by lawmakers way back, now by bankers…Our business model is woven into the fabric of the loyal community, the commodity at large and the industry under attack.?”

PotCoin works similarly to bitcoin, the most popular digital currency. Someone interested in buying or selling marijuana starts by downloading an online “wallet.” There are then three ways to fill that wallet with PotCoins: People can pay you with the currency, you can purchase it on an exchange using bitcoin or US dollars, or you can “mine” new PotCoins (a complicated process that is described in more detail here). The current exchange rate for PotCoin, as of March 24, is about .00179 PotCoins per $1. The transaction fee for using PotCoins is negligible, and MrJones claims that PotCoin’s transaction time is considerably faster than bitcoin’s. (A bitcoin purchase can take up to an hour to process.) The goal, he says, is for PotCoin to be as easy to use as swiping a credit card.

“This is an industry stigmatized unjustly for too long, first by lawmakers way back, now by bankers,” say one of PotCoin’s founders.

Bitcoin notoriously has been used to facilitate illegal drug transactions. And a digital currency called DopeCoin was recently launched to tap into illicit drug trade. But PotCoin’s founders intend for their currency to be used by people and merchants who are legally permitted to buy and sell weed. Nonetheless, there’s nothing stopping buyers from using PotCoin to purchase drugs illegally. “We have no control on what people do with their coins. Nor are we accountable for their actions, good or bad,” says MrJones. But he adds, “We have no criminal DNA, nor do we have any criminal aspirations.?”

Jerry Brito, a senior research fellow who specializes in technology and cryptocurrency at George Mason University’s Mercatus Center, says that he doesn’t expect banks to start working with marijuana dispensaries until there’s a move toward legalization at the federal level. And he notes that “if the customers are savvy enough,” PotCoin could be attractive to businesses that don’t want to deal with the headaches of cash. Brito cautions, however, that because digital currencies like PotCoin aren’t widely used yet, their values are highly volatile. “PotCoin is going to be less stable than bitcoin, so that’s a risk you’re taking,” he says.

Several online retailers have reportedly started accepting PotCoin—including Smoke Cartel, which sells marijuana paraphernalia, Bitcoin Seedstore, which offers marijuana seeds, and Chronic Star Medical, an online store that sells edible pot. The founders of PotCoin are developing an encrypted database synced with Google Maps that will allow buyers to anonymously find merchants that accept the currency. But whether or not more retailers will make the jump to PotCoin remains to be seen. Brito notes that marijuana businesses looking for an alternative banking system might have better luck using bitcoin, since it’s more widely accepted in other industries. But he adds, “I’m not trying to put down the PotCoin idea. It’s smart.”