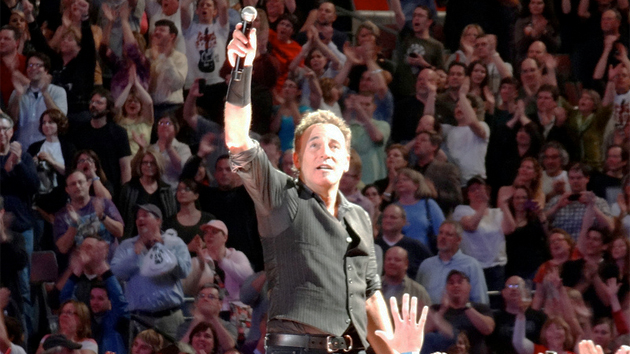 On the one hand, it’s a little tired to obsess over Oscar snubs in what is essentially a Hollywood popularity contest. On the other, we wouldn’t have to do this if the Academy weren’t so wrong all the time. These five original songs, whether for petty rules reasons or basic Academy oversight, couldn’t even garner nominations—but they’re still more than worth your time.

Coolio’s “Gangsta’s Paradise” (Dangerous Minds, 1995): Did you even remember this movie existed? It’s novel, groundbreaking plot—a passionate teacher gets inner city kids to love learning!—and high level schmaltz were panned by critics. Roger Ebert even dug into the autobiography the film was based on and found that the real-life teacher used famous hip-hop songs to connect with her students—the movie (ironically, given the soundtrack) whitewashes the musical connection to Bob Dylan. “Gangsta’s Paradise” rightfully eclipsed its source material, going on to sell millions of copies, inspire one of Weird Al’s most popular songs, and win a Grammy and two MTV Video Music Awards. Coolio’s trophy case lacks an Oscar, though, since songs that rely on sampled or reworked material can’t be nominated. (Stevie Wonder’s “Pastime Paradise” is sampled throughout.) “Colors of the Wind” from Disney’s Pocahontas won that year instead, beating out another artist on this list.

Radiohead’s “Exit Music (For a Film)” (Romeo+Juliet, 1996): This haunting track plays over the credits to Baz Luhrmann’s modernization of Shakespeare. The band didn’t want it to be included on the movie’s official soundtrack, though, so it ended up on 1997’s OK Computer, which did pretty well for itself. Radiohead was on tour with Alanis Morisette when Luhrmann sent over an unfinished cut of the last 30 minutes of the film and asked for a song. The rest is history, though the success of “Exit Music” was far from assured at the time; guitarist Ed O’Brien said in a 1997 interview that he didn’t like the idea of a credits song because “it will have to compete with the sound of chairs clapping up.” Madonna’s “You Must Love Me” won the Oscar that year, but Radiohead can still lay claim to stopping Marilyn Manson from jumping off a cliff.

“America (Fuck Yeah)” (from Team America: World Police, 2004): It shouldn’t be too controversial to call this the best patriotic satire ever to be featured in a movie starring marionettes. The South Park crew’s action extravaganza struck out at the Oscars—maybe because the movie killed off half of Hollywood—but this track lives on in the hearts and minds of YouTube uploaders and internet commenters everywhere. Jorge Drexler’s “Al otro lado del río” from The Motorcycle Diaries took home the statue, beating out the Counting Crows song that made sure an entire generation would never revisit August and Everything After.

Bruce Springsteen’s “The Wrestler” (The Wrestler, 2008): The Boss already has an Oscar for “Streets of Philadelphia” and was nominated again for 1995’s “Dead Man Walkin’.” That doesn’t make “The Wrestler” any less deserving though. Bruce wrote the song after receiving a heartfelt letter from star Mickey Rourke—the two had been friends, but lost touch in he midst of Rourke’s personal troubles—and ended up giving them the track for free. The melancholy track won a Golden Globe, but to everyone’s surprise wasn’t even nominated by the Academy. “Jai Ho” from Slumdog Millionaire won that year. At least it was a much worthier competitor than Miley Cyrus’ “The Climb,” which beat out “The Wrestler” for a prestigious MTV Movie Award.

Metric’s “Black Sheep” (Scott Pilgrim Vs. The World, 2010): That every original song from this move wasn’t given 10 Oscars each is a crime that Canadian courts are probably too polite to prosecute. Beck, Broken Social Scene, and Metric served as stand-ins for the Toronto-set film’s bands, with “Black Sheep” getting the nod for actress Brie Larson’s performance in the movie itself. (Metric’s full version appears on the soundtrack.) Randy Newman’s “We Belong Together” from Toy Story 3 won the Oscar that year, probably because Academy members couldn’t stop crying. Still, in an alternate universe, Metric wins and Crash and the Boys play “We Hate You Please Die” on the Oscar stage.

Correction: The original post incorrectly listed Alison Brie, not Brie Larson, as the actress who performed in Scott Pilgrim Vs. The World.