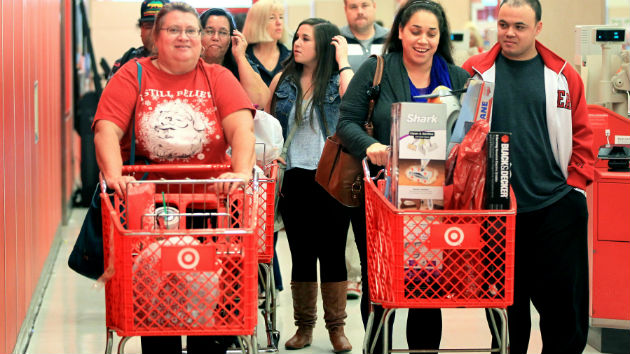 Last year up to 110 million Target customers had their sensitive personal information stolen over the holidays in one of the largest data thefts in retail history. After stolen credit cards began to flood black market websites, Target offered all of its US customers one year of free daily credit monitoring to help them fend off identity theft. But credit experts and Consumer Reports say that this service is misleading victimized customers by providing incomplete monitoring—and advertising comprehensive reports for a fee.

“It’s a misconception to think that you’re getting full credit monitoring,” says John Mackey, founder of Master Credit Solutions, which helps people rebuild their credit. “I live three or four miles from the Target headquarters in Minneapolis, and I want to go over there and tell them that it’s deception that they’re committing. The reports won’t tell you squat.”

Under federal law, Americans who are victims of identity theft are allowed to get a free credit report from the three major credit bureaus: Experian, Equifax, and TransUnion. Target’s program, “ProtectMyID,” promises to go further than that, providing several resources, including giving customers free credit monitoring for one year. Credit monitoring works by notifying consumers after fraudulent activity occurs—for example, if a new credit card has been opened in the victim’s name—so that it can be quickly stopped. It doesn’t alert customers if someone is actually using a stolen credit card, since that information doesn’t show up on a credit report. “Free credit monitoring is like someone running up to you after a car accident and telling you, ‘You just got in a car accident!'” John Ulzheimer, a credit expert at CreditSesame.com, told MarketWatch.

But according to Consumer Reports, Target’s credit monitoring service isn’t even as good as that—since it only checks one bureau, Experian, and this practice doesn’t provide a full picture of a person’s credit. When you buy a house, for example, lenders usually compare credit reports from all three major bureaus, since they get their information from different sources, according to the Federal Trade Commission. Target claims, “You do not need to purchase a credit score or additional reports from Equifax and TransUnion to receive the benefits of credit monitoring.” And Greg Young, a spokesman for Experian, tells Mother Jones, “Single-bureau monitoring provides substantial awareness into whether or not new lines of credit have been opened, or attempted, in the individual’s name.”

But experts disagree. Checking only one bureau means that “the service could miss fraudulent activity,” Consumer Reports notes. Mackey adds that this could be a “huge, huge problem for consumers,” because they might think that’s everything is fine with their credit and apply for a loan when, in fact, their credit has been compromised by fraud.

The second problem with Target’s program, according to credit experts, is that it appears to upsell comprehensive monitoring to victimized Target customers. After signing up for ProtectMyID, Experian offers customers three-bureau monitoring in addition to multiple credit reports and scores if they pay extra—as much as $75, according to Consumer Reports. Doug Pollack, chief marketing officer at ID Experts, a data breach prevention service, says that it’s common practice for Experian to charge extra for supplemental services and encourage customers to enroll in the service after a year, for a fee. He believes, however, that “what Target is doing, providing a credit monitoring solution, is appropriate as far as we at ID Experts can see.” Young, the Experian spokesman, adds that he doesn’t believe Target and his company are upselling. “Ads offering associated products are part of the user experience,” he says.

Target did not respond to comment for this article, but Consumer Reports says a Target spokeswoman “claimed not to have details about Target’s decision-making process” and “reiterated ProtectMyIDs basic benefits.” Consumer Reports concluded that Target’s deal is “lemons” for Target customers and “lemonade” for Experian. “The retailing giant has fumbled a second time by providing second-rate credit-monitoring services,” says the report.