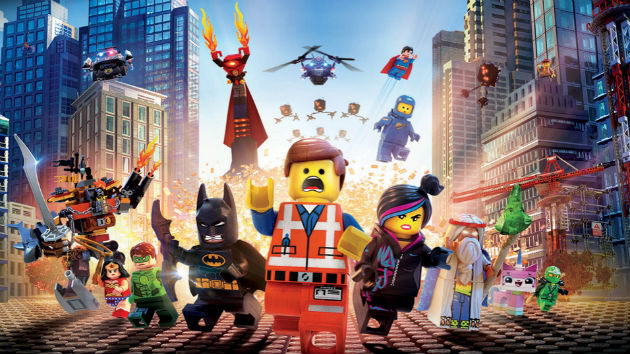 On Thursday, New York mag critic Bilge Ebiri praised The Lego Movie as, “the best action flick in years, a hilarious satire, [and] an inquiry into the mind of God.” And it isn’t over-the-top praise—it accurately reflects the overwhelmingly positive critical response to the computer-animated comedy, released on Friday.

The film, which is based on—and pays loving tribute to—Lego toys, was co-written and directed by Phil Lord and Chris Miller, the pair who directed the fantastic 21 Jump Street reboot and its upcoming sequel. The Lego Movie takes place mostly in a city in a Lego universe. A construction worker Lego named Emmet Brickowski (voiced by Chris Pratt) must save the Lego realms from imminent destruction and coerced conformity. His comrades are a mysterious female Lego warrior named Wyldstyle; a wizard; a “Unikitty,” which is a unicorn-animé kitten hybrid; a pirate called Metalbeard; Lego Batman; and many more goofy and heroic Lego characters.

The simple tale is loaded with gleeful pop-culture references and great voice-acting (everyone is in this movie, by the way, from Morgan Freeman and Jonah Hill to Cobie Smulders and Alison Brie). But what makes The Lego Movie even more accessible for viewers above the age of six is the fact that the film is full of political and social satire. The villain is President/Lord Business (voiced by Will Ferrell), who presides over a totalitarian surveillance state. President Business’ regime creates virtually everything in the Lego society—generic pop music, lousy TV comedy, cameras, rigged voting machines, you name it. The dictator/CEO uses extended televised broadcasts to inform his citizens (with a friendly grin on his face) that they’ll be executed if they disobey. He controls a secret police led by Bad Cop/Good Cop (Liam Neeson), who is charged with torturing dissidents and rebels.

President Business is the Lego Ceau?escu, if you swap the communism for capitalism.

Some of this sounds pretty heavy, but it’s all filtered through the soft, giddy lens of a kids’ movie. Like all other entries into the “kids’ movies that their parents can dig, too!” subgenre of cinema, it’s this thinly-disguised maturity that makes the film both fun and winkingly smart.

UPDATE, February 8, 2014, 12:39 a.m. EST: I missed this earlier, but on Friday, Fox personalities went after The Lego Movie for its allegedly “anti-business” and anti-capitalist message. One says President Business looks a bit like Mitt Romney. Another starts defending Mr. Potter from It’s a Wonderful Life (which is just an act of life imitating parody).

This is weird, but not all that different from the Fox reaction to The Muppets and The Lorax. Watch below:

UPDATE 2, February 8, 2014, 4:04 p.m. EST: I asked the Lego Movie directors what they thought of the reaction on Fox Business to their film. Phil Lord got back to me via Twitter:

art deserves many interpretations, even wrong ones

Now, check out this trailer for The Lego Movie: