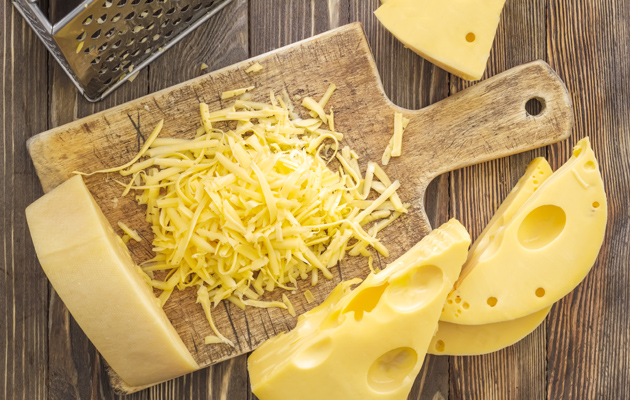 Wednesday is “Big Block of Cheese Day” at the Obama White House, an homage to two episodes of the television series The West Wing in which senior staffers were forced to spend a day dealing with constituents who don’t normally get an audience with the president. (That idea, in turn, was inspired by an enormous block of cheese housed in the Andrew Jackson White House.) The implication of the episodes is that the people who want to talk about these issues are kind of crazy, but a Mother Jones analysis of the projects presented to Sam Seaborn et al. reveals more nuance. On further examination, the dismissive tone with which Big Block of Cheese Day activists were greeted (or embraced) says more about the smallness of the Bartlet administration’s aides than it does about the issues at hand.

Here is the official Mother Jones ranking of Big Block of Cheese Day ideas, from best to worst:

Kemp’s Ridley Sea Turtle Society: It’s never fully explained what the Kemp’s Ridley Sea Turtle Society wants, but we can probably guess. According to National Geographic, the Kemp’s ridley is “the world’s most endangered sea turtle” and according to the Sea Turtle Conservancy, there are somewhere between 7,000 and 9,000 nesting females left. Their greatest threat is shrimp trawlers, which snare the tiny turtles in their nets. But the turtles are also vulnerable to man-made disaster. Most of the 156 turtles that died as a result of the Deepwater Horizon oil spill were Kemp’s Ridleys, because the spill interfered with the creatures’ nesting habitat. It’s a tragedy that these turtles can only get the government’s attention on “total crackpot day.”

Wolf highway: The plan: “1,800 miles from Yellowstone to the Yukon Territory complete with highway overpasses and no cattle grazing.” Badass! The price: “With contributions and corporate sponsorship, the cost of the taxpayer is only $900 million.” Damn. We have no idea why it costs that much, though, and it seems like something that can be scaled down. Montana and Washington state have already built natural bridges to help animals cross highways at a considerably cheaper rate.

National Institutes of Health research funding for cancer treatment using shark cartilage: Per the American Cancer Society, “Although some laboratory and animal studies have shown that some components in shark cartilage have the ability to slow the growth of new blood vessels, these effects have not been proven in humans. The clinical studies of shark cartilage products published to date have not proven any benefit against cancer.” But the only reason we know this is because someone took the time to study it; there’s no harm in asking the question.

UFOs: “Something’s heading east in the sky over the Pacific, it’s in and out of our radar, we can’t see it, and it’s up there right now,” says Bob Engler, a member of a group called the United Space Command. It turns out to be an old Soviet satellite. But the larger point stands. As Obama adviser John Podesta and others have argued, the Department of Defense and other government agencies are still cartoonishly secretive about decades-old programs, needlessly sewing the seeds of conspiracy theories. Let the truth come out.

Organization of Cartographers for Social Equality: Dr. John Fallow wants “President Bartlet to aggressively support legislation that would make it mandatory for every public school in America to teach geography using the Peters Projection Map instead of the traditional Mercator.” Dr. Cynthia Sayles adds that “the Mercator Projection has fostered European imperialist attitudes for centuries and created an ethnic bias against a Third World.” The Mercator Projection is seriously skewed, with problematic implications. Its usage had been on the decline well before CJ expressed her surprise. But passing legislation to mandate one map be taught over the other seems like an unnecessary salvo in the fight for control of public schools.

Citizens for DC Statehood: Obviously DC should have voting representation in Congress, and it’s disappointing that the citizens of the nation’s capital can only get an audience with the White House on the designated day for crackpots. But this isn’t something the White House is in a position to address unilaterally. Take it up through the constitutional process, guys.

World Policy Studies: It speaks to the epistemic closure of the Bartlet White House that the Democratic administration’s only exposure to criticism of the World Bank comes in the form of a band of disorganized demonstrators. This was a complete waste of Toby Ziegler’s time.

Pardon for alleged spy: An enormous waste of time that ends up taking up the deputy communication director’s entire day. There was a reason Daniel Gault’s granddaughter had a hard time getting an audience with the White House—the fictional character was basically the only person who came before the House Un-American Activities Committee who actually turned out to be a Soviet spy. Anyone at the NSA could have told Sam Seaborn that (and eventually someone does).