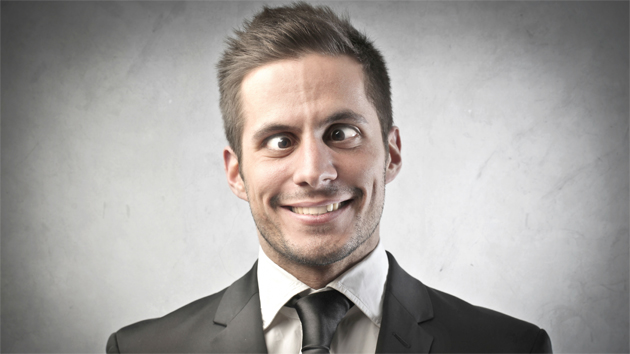 If you’ve ever seen footage of comedian Bill Hicks taking on a heckler, you might have thought to yourself, “Wow, that was pretty psychotic.”

Well, according to a recent study published in the British Journal of Psychiatry, you weren’t that far off. For the study, which is titled, “Psychotic traits in comedians,” researchers recruited 523 comedians (404 male and 119 female, most of whom were amateurs) from the United States, Australia, and the United Kingdom. The researchers determined that comedians scored significantly higher on four types of psychotic personality traits compared to a control group of individuals who had non-artistic jobs. The study focuses on two major categories of psychosis—bipolar disorder and schizophrenia—and examines impulsive non-conformity.

“The results of this study substantially confirmed our expectation that comedians would behave like other creative groups in showing a high level of psychotic personality traits,” the authors wrote. “They did so across all the domains sampled by the questionnaire we used, from schizoid and schizophrenic-like characteristics through to manic-depressive features.”

The 6-page report also highlights English comedian and actor Stephen Fry, who has been diagnosed with bipolar disorder and attempted suicide in 2012.

However, it’s important to point out that the authors of the study aren’t saying all famous or successful comedians are automatically pathologically bipolar or pathologically schizophrenic, or even that they necessarily require treatment. In other words, labeling someone’s personality traits as in the realm of “psychotic” may sound a bit scary—but it doesn’t mean that person is a psychopath or a menace to society.

Still, some professional comedians aren’t big fans of this. According to Steve Hofstetter, a former Sports Illustrated columnist and one of most booked comic acts on the American college circuit, a large number of comedians have been taking to social media to share and mock the study in the past couple of days. “The new study claiming comedians have psychotic personality traits was written by a troll who talks to me from inside my butthole,” Adam Newman wrote, for instance. Hofstetter has a much harsher take.

“The idea that it’s a news story that comedians are rebels is the equivalent of saying it’s a news story that people who spend their lives conducting studies never get laid,” the Los Angeles-based comedian says. “And if you look at the actual results of the study, it shows that actors were not that far off from comedians at all. So this was clearly a study conducted on the hypothesis that comedians have mental problems.”

Rob Delaney, the author and stand-up comedian who was named Mitt Romney’s “Twitter nemesis” during the 2012 election, was similarly critical of the comedians-are-psychotic study—but he was significantly less pissed about it.

“My honest opinion is that piece really has no effect on me,” Delaney wrote in an email. “Plus, [the study] defangs itself when it says, ‘we’re not saying they’re the dangerous kind of psychopath,’ so really I just think it’s an attention-grabber and not actually a substantive piece of information. Do you need a psychological kink of some kind to function as a comedian, particularly one that makes a living at it? Yes. Is that kink psychosis or close to psychosis? I don’t know and I don’t really care. But perhaps that means I’m a psychopath? Maybe. I know I brutally pursue my goals regardless of whatever the hell else is happening in the world and anticipate success in all my endeavors, even when that feeling is unfounded. So that’s what I think.”

(Lewis Black, Joan Rivers, and Gallagher did not respond to requests for comment.)

So whatever the researchers’ intentions, perhaps their new report hasn’t won them any new friends in the community of stand-up comics. Hell, at least they didn’t author a study telling comedians that they were going to drop dead at a young age.