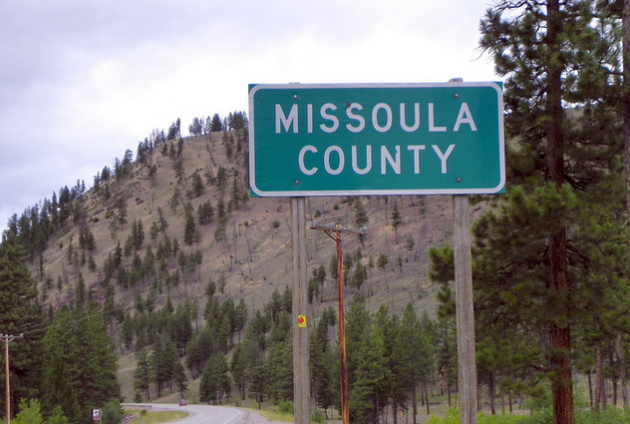 To Montanans, Missoula is a college town of about 68,000 with a laid-back, hippie vibe. But elsewhere, Missoula is also known as the “rape capital” of the country.

Between January 2008 and May 2012, Missoula police received more than 350 sexual-assault reports, including multiple cases of assault allegedly committed by University of Montana football players. The US Department of Justice found that city officials did not adequately handle all of these reports—going so far as to charge that police were using “sex-based stereotypes” to discriminate against women who reported rape. Last month, the Justice Department proposed an agreement that would require the Missoula County Attorney’s office to make a number of changes. The DOJ recommended adding two or three new staff positions, including an advocate for victims; ramping up training for county supervisors and prosecutors; and collecting more data on sexual-assault cases, including feedback from victims. Last week, the county’s chief prosecutor rejected the offer and told the feds to take a hike, insisting they have no authority to tell his office what to do.

“The DOJ is clearly overstepping in the investigation of my office,” Missoula County Attorney Fred Van Valkenburg tells Mother Jones. “The Missoula Police Department and our office have done a very good job of handling sexual-assault allegations regardless of what national and local news accounts may indicate.”

Missoula’s rape problem rose to national attention when six members of the University of Montana football team, the Grizzlies, were accused of committing, attempting, or helping cover-up sexual assault between 2009 and 2012. In March 2012, facing scrutiny over how it was handling assault allegations leveled against athletes, the university fired its football coach and athletic director. In May 2012, Attorney General Eric Holder said he was launching a federal investigation into whether Missoula officials and the university were discriminating against female rape victims, noting he found the allegations “very disturbing.”

In May 2013, the Justice Department released findings from its investigation, indicating officials in Missoula were indeed discriminating against female victims in sexual-assault cases. For example, according to the Justice Department’s report, one Missoula detective allegedly told a woman who said she was vomiting during her sexual assault—she was allegedly raped by several people—that “she might have had a case if if she had been unconscious during the rape rather than merely incapacitated.” In another case where a woman reported vaginal and anal rape, a detective reportedly asked her why she hadn’t fought harder, saying, “Tell me the truth—is this something we want to go through with?” (Van Valkenburg says, “Both our office and the police are very much aware of what is necessary to legally prove that a woman who is incapacitated by alcohol and/or drugs did not consent to a sexual act. Local prosecutors fully understand these issues?.“) The Justice Department also determined that the Missoula attorney’s office provides “no information” to local police as to why it declines to prosecute sexual assault cases and police are “frustrated” with the “lack of follow-up and prosecution.” (Missoula Police Captain Mike Coyler says, “As a general rule, I disagree with this.”)

The month it released those findings, the Justice Department entered into agreements with the University of Montana and the Missoula Police Department to beef up resources to combat rape. (Lucy France, legal counsel for the university, says that she disagrees with the Justice Department’s findings that the university discriminated against victims and botched investigations, but “we agreed to work to continue to improve our responses to reports.”) Last month, the US Attorney for Montana proposed that the Missoula County Attorney’s office enter a similar agreement to ensure that it responds to sexual assault without discrimination. In response, Van Valkenburg wrote in a January 9 letter that his office would commit to help the police department and the university meet their commitments—but he wouldn’t make the Justice Department’s recommended changes to his office.

“I’m not aware of another case where a prosecutor said we would rather litigate and go to trial than make some changes,” Mallios says. And other experts say the prosecutor’s response is unusual: “No prosecutor wants to admit that they have shortcomings, especially on such a sensitive issue,” says Sarah Deer, who worked for the Justice Department’s Office on Violence Against Women in the Clinton and George W. Bush administrations. “But there is a culture in some offices that sexual assault is sort of overstated or victims tend to lie. That might be what’s going on here—a culture of indifference.”