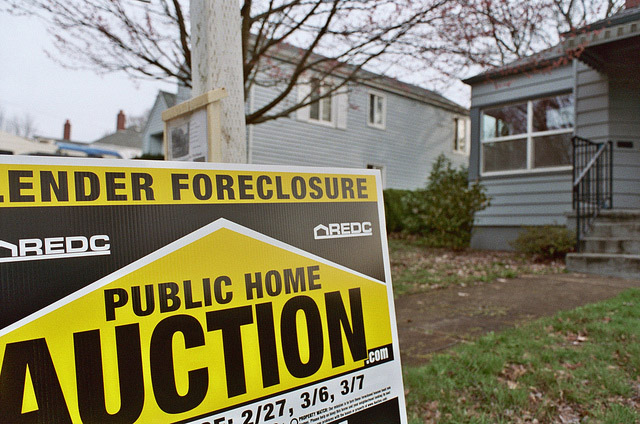 The long, legal saga of David J. Stern, the south Florida attorney who made a fortune off the wave of home foreclosures stemming from the housing crisis, has reached its end.

After years of court battles over the practices of Stern’s once-mighty, multimillion-dollar law firm, the Florida Supreme Court last week disbarred Stern. As the Palm Beach Post reports, a Palm Beach County judge who refereed Stern’s case and who recommended disbarment criticized the 53-year-old lawyer for failing to take responsibility or show “any remorse” for his firm’s actions. Mother Jones was one of the first news outlets to expose the shoddy and legally questionable work done by Stern’s army of lawyers and paralegals as it foreclosed on hundreds of thousands of Floridians, including backdating crucial documents used to foreclose on homeowners. Nancy Perez, the Palm Beach County judge, said the blame fell on Stern for that shoddy work. “The incidents were not isolated, but rather a representation of the culture of the firm, as to the low level of competence and ethics,” Perez wrote. “(Stern) is the lawyer. It was his firm. Mr. Stern is responsible.”

Stern’s firm, at its peak, was a juggernaut. In the mid and late 2000s, the government-owned enterprises Fannie Mae and Freddie Mac, as well as many of the nation’s largest banks, retained Stern’s firm to litigate an ever-growing pile of foreclosure cases in Florida, an epicenter of the housing meltdown. At one point, the Law Offices of David J. Stern handled as many as 100,000 foreclosure cases. Stern’s firm and others like it were dubbed “foreclosure mills,” employing hundreds and even thousands of lawyers and paralegals who pushed through foreclosure cases assembly-line-style. Incredibly, the federal government played a key role in creating foreclosure mills, as I reported:

Fannie and Freddie also reshaped the foreclosure industry. Their huge holdings meant they had to deal with thousands of foreclosures annually—even during time when relatively few loans were going bad. In the 1990s, the market expanded into subprime territory to feed the securitization beast, and borrowers began defaulting at higher rates. Hiring lawyers on a case-by-case basis was burdensome, so Fannie and Freddie put together a stable of law firms willing to litigate large bundles of foreclosures quickly and cheaply. They urged these handpicked firms to bring all foreclosure-related services—inspections, eviction notices, sales of repossessed properties, and so forth—in-house. Thus emerged the foreclosure supermarket.

…Stern’s company is one of dozens of mills that now churn through more than a million cases a year for Fannie and Freddie, big banks, and private lenders. Built like industrial assembly lines, the mills employ small armies of paralegals and other low-level employees who mass-produce court filings, run title searches, and schedule scores of hearings and property auctions daily. Staff attorneys appear for dozens of court hearings in rapid succession, dashing from one courtroom to the next with rolling file cabinets. Stern and his ilk typically create in-house subsidiaries that bill the parent law firm for the various paper-pushing tasks. “All sorts of crap is loaded on,” notes Irv Ackelsberg, a Philadelphia consumer-law attorney.

The business model is simple: to tear through cases as quickly as possible. (Stern’s company handled 70,382 foreclosures in 2009 alone.) This breakneck pace stems from how the mills get paid. Rather than billing hourly, they receive a predetermined flat fee for the foreclosure—typically around $1,000—plus add-ons for all the side services. The more they foreclose, the more they make. As a result, say consumer attorneys and legal experts, even families who have been foreclosed upon illegally—and can afford to make good on their mortgages—end up getting steamrolled. “It’s ‘How fast can I turn this file?'” says Ira Rheingold, executive director of the National Association of Consumer Advocates in Washington, DC. “For these guys, the law is irrelevant, the process is irrelevant, the substance is irrelevant.”

The foreclosure mill model made Stern a very rich man. When I reported on him in August 2010, he lived in a $15 million, 16,000-square-foot mansion on the Atlantic Intracoastal Waterway in Fort Lauderdale. Docked on his property was Misunderstood, his 130-foot, jet-propelled Mangusta yacht—a $20 million-plus replacement for his previous 108-foot Mangusta. He also owned four Ferraris, four Porsches, two Mercedes-Benzes, a Cadillac, and a Bugatti.

But the cavalier, always-be-foreclosing attitude of his firm caught up with Stern. Days after I published my investigation into Stern, then-Florida Attorney General Bill McCollum opened an investigation into his firm and two other foreclosure mills for “allegedly improper actions.” Since then, Stern has been in and out of court fighting off lawsuits targeting him and his firm, which has since the vast majority of its business. The news of Stern’s disbarment is just the latest blow for the one-time king of the foreclosure business. The state Supreme Court ruling ordered Stern to close his firm within 30 days.

Stern, for his part, seems to have found a new calling after his foreclosure empire crumbled. He’s now an investor in Five Guys burger joint franchises.