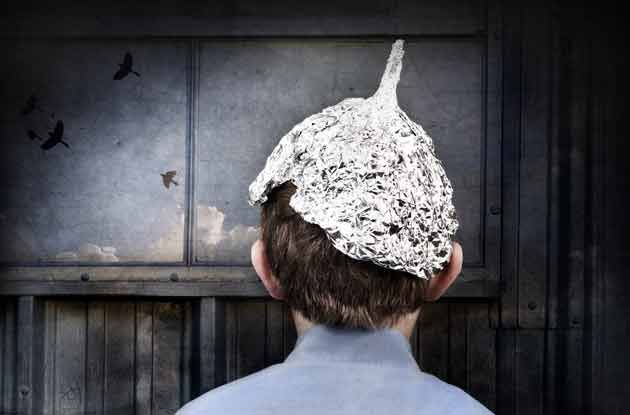 When chilling cold first descended in early January, we had an occasion to correct Donald Trump on climate science. To do so, we simply explained that the widely recognized phenomenon known as winter doesn’t refute global warming, especially since winter is inherently limited to one hemisphere. (In a widely lampooned tweet, Trump had cited “record low temps” in arguing that “this very expensive GLOBAL WARMING bullshit has got to stop.”)

Alas, Trump has now dug himself deeper into the snow drift. Here are the latest tweets:

NBC News just called it the great freeze – coldest weather in years. Is our country still spending money on the GLOBAL WARMING HOAX?

With this, Trump joins the grand tradition of climate science conspiracy theorizing, as epitomized by Senator James Inhofe 2012 book title: The Greatest Hoax: How the Global Warming Conspiracy Threatens Your Future. By using the word “hoax,” Inhofe and Trump are suggesting that there is a conscious attempt to mislead us with fake, trumped up science, in the service of political goals.

For a global warming conspiracy to exist, you’d need scientists around the world to be in on it. Not scientists at one university, or scientists in one country. Scientists everywhere, from Australia to Japan, from China to America.

This is scarcely possible, especially in light of the incentive structure in science: Scientists advance and get promoted by publishing original research that is highly cited by other scientists. And it is hard to imagine a better citation-grabbing paper than one that seriously refuted what most scientists in a given field believe to be true. There is therefore a huge incentive for a scientist or group of scientists to upset everything we thought we knew about climate change, assuming that this could be achieved in a serious scientific paper that passes peer review and stands the test of time. A researcher who achieved such a feat would be on a parallel, as far as fame and renown goes, with someone like Alfred Wegner, who originally proposed the revolutionary idea of continental drift.

The incentives, therefore, are very much against maintaining a climate conspiracy. The incentives instead tilt towards exposing it. And that makes the 97-percent consensus on climate change among scientists publishing in the peer-reviewed literature that much more powerful.

Finally, let’s take on this idea that scientists are in it for the money, which may or may not be implied by Trump’s first tweet above, but is a frequent fixture of global warming conspiracy theories. According to 2012-2013 data from the American Association of University Professors, the average salary for a US assistant professor at a doctorate-granting institution was $76,822. Salaries rise as high as an average of $134,747 for full professors at doctorate-level institutions, but that’s academia’s most coveted level, and not everybody gets there.

Surely Trump and other conservatives who believe in the power of the free market can see that people who want the big bucks are likely to embark on a different career path.