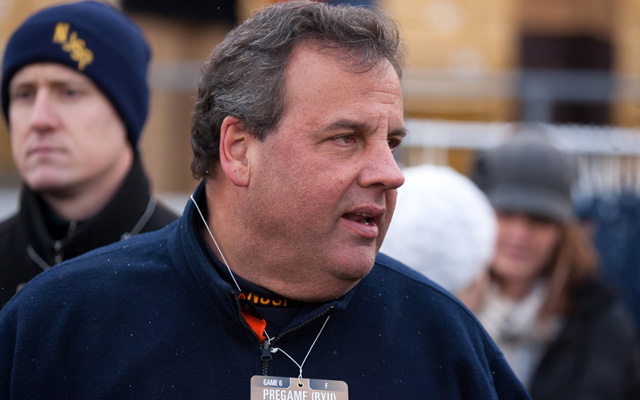 On Wednesday, emails and text messages surrendered by a friend and former political appointee of New Jersey Gov. Chris Christie revealed that Christie’s inner circle masterminded a massive September traffic jam in Fort Lee, New Jersey, as political retribution against the city’s Democratic mayor. The messages show gleeful Christie aides gloating that their plan had wreaked so much havoc. One text message read, “Is it wrong that I’m smiling?”

The messages came from David Wildstein, who was Christie’s high school buddy and, until he resigned due to suspicions about his involvement with the bridge scandal, the director of interstate capital projects for the Port Authority of New York and New Jersey. Wildstein divulged the messages in response to a subpoena from a panel of New Jersey lawmakers investigating the scandal.

Wildstein is testifying under oath this afternoon about the documents before the New Jersey Assembly’s Committee on Public Works, Infrastructure, and Independent Authorities. Here are five questions lawmakers should put to him:

Is there any evidence that the “traffic study” ever existed?
As suspicions about the Fort Lee traffic jam grew, Christie and his staff said repeatedly that the governor believed a Port Authority traffic study had caused the whole mess.

Why does Christie still think his top Port Authority aide was in the dark about this scandal?
On Thursday, Christie also expressed his confidence that David Samson, the Port Authority chairman, played no role in causing Fort Lee’s traffic disaster, saying:

Yet messages released on Wednesday make it clear Samson was involved in plans to close Fort Lee’s access lanes on the day of the traffic jam. When New York officials at the Port Authority reopened the lanes, reducing the traffic jam, Wildstein wrote to Kelly, “We are appropriately going nuts. Samson helping us to retaliate.”

Did Christie learn about the bridge plot in his mystery meeting with the Port Authority chairman?
During a text message conversation in which a Christie aide and a Port Authority official planned the lane closures, the pair also tried to plan a meeting between Christie and Samson.

Naturally, some have speculated that the subject of the meeting was the Fort Lee lane closures—which would explode Christie’s claims that he wasn’t aware of plans to close Fort Lee’s access lanes.

What did the traffic jam’s planners think would happen in case of an emergency?
The architects of the Fort Lee traffic jam appear to have considered its potential public safety consequences. In one text message conversation that was sent once the lanes were closed, Port Authority appointee Wildstein waved away the Fort Lee mayor’s complaints about school buses getting stuck in traffic by noting, “Bottom line is he didn’t say safety.”

But officials in Fort Lee, including two members of the borough council and the chief of police, later reported that the traffic jam had slowed down emergency responders—including police who were searching for a missing child. So what was the plan in case of an emergency?

Are there other instances in which the Port Authority and Christie staffers wielded their power for political reasons?
At his Wednesday press conference, Christie claimed he knew nothing about the lane closures that brought Fort Lee to a standstill. So it wasn’t surprising that Christie denied knowing anything about other instances in which his appointees in his administration or at the Port Authority might’ve used their positions to enact political retribution.

The messages Wildstein surrendered illustrate a close relationship with the Christie administration. If any other Fort Lee-like incidents took place, he would know.