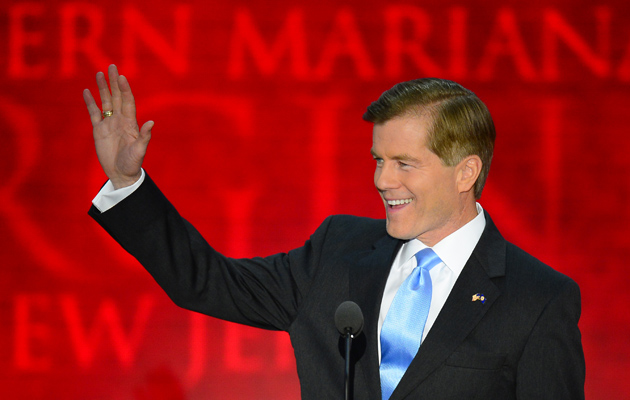 On Tuesday, a federal grand jury indicted former Virginia Gov. Bob McDonnell and his wife, Maureen, on 14 counts related to gifts the couple accepted from a businessman looking to curry favor with the McDonnell administration. McDonnell, whose one term in office expired in early January, was once considered a possible Republican vice presidential candidate before reports of his dealings with businessman Jonnie R. Williams Sr. cast a shadow over his last year-and-half in office.

In a statement, McDonnell apologized for his actions but maintained that he never did anything illegal: “I deeply regret accepting legal gifts and loans from Mr. Williams, all of which have been repaid with interest, and I have apologized for my poor judgment for which I take full responsibility. However, I repeat emphatically that I did nothing illegal for Mr. Williams in exchange for what I believed was his personal generosity and friendship. I never promised—and Mr. Williams and his company never received—any government benefit of any kind from me or my Administration. We did not violate the law, and I will use every available resource and advocate I have for as long as it takes to fight these false allegations, and to prevail against this unjust overreach of the federal government.”

Here’s everything you need to know:

Who’s Jonnie R. Williams Sr.? Until December, Williams was the CEO of Star Scientific, Inc., a dietary supplements company. The company’s main products are Anatabloc—an anti-inflammatory supplement derived from tobacco plants—and smoking-cessation product CigRx. According to the indictment, Williams forged a friendship with the the McDonnells starting in 2009, after he gave Bob McDonnell use of his private jet during his gubernatorial campaign. McDonnell and Williams soon discovered that they both had a lot in common, according to the Associated Press: They both have large families, started their careers in health services, and honeymooned at the same spot in Maine. This isn’t the first time Williams has had a run-in with federal investigators: In 1993, the Securities and Exchange Commission fined him $300,000 for peddling false medical claims.

What kinds of gifts did he give the McDonnells? The lengthy list includes over $100,000 in corporate jet travel; an engraved $6,500 Rolex watch; a $15,000 Bergdorf Goodman shopping spree; a $10,000 engagement gift for the McDonnells‘ daughter Jeanine; and $15,000 to foot the catering bill for another McDonnell daughter, Cailin. (McDonnell maintains his daughters returned these gifts.) The indictment reveals that the McDonnells had a taste for Louis Vuitton: If convicted, the couple will have to relinquish a number of items made by the high-priced designer, including shoes, a raincoat, a purse, and a wallet.

Could this have been avoided if the McDonnells had been nicer to their staff? Maybe. Things began to fall apart when the couple’s chef, Todd Schneider, was accused of stealing food in 2012. Schneider denied any wrongdoing, instead implicating the McDonnell family themselves as the culprits. Upset about his treatment, he turned over a pile of documents revealing the tip of the iceberg of the family’s financially cozy relationship with Williams.

What will happen to McDonnell if he’s found guilty? Per the Richmond Times Dispatch, the charges could put the couple behind bars for decades and carry a fine of more than $1 million. But prominent political couples don’t normally receive maximum sentences. Top Virginia politicians in both parties have, at McDonnell’s request, lobbied the Department of Justice to go easy on him.

Is there a silver lining? If recent history is an indication, he’ll probably get a reality show. Former Illinois Democratic Gov. Rod Blagojevich was indicted in 2009 for attempting to sell President Barack Obama’s vacant Senate seat. He was convicted one year later and is currently serving a 14-year sentence—but not before his wife, Patricia, raised funds for his legal fees by starring in the show I’m a Celebrity, Get Me Out of Here! Former Louisiana Gov. Edwin Edwards, who served six years in prison over federal corruption charges, landed a post-penitentiary gig as the co-star of short-lived A&E series The Governor’s Wife.