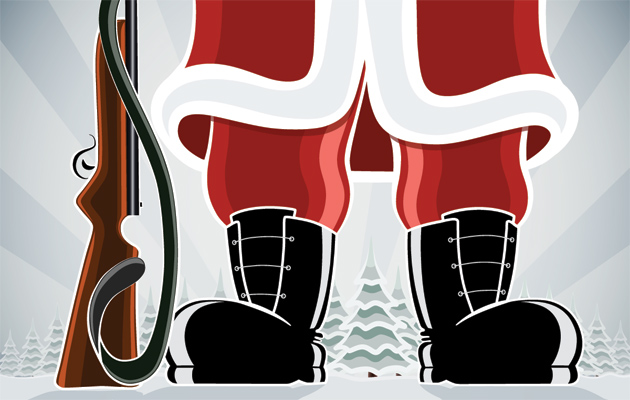 You’ve heard about the “War on Christmas,” a cynical but largely successful attempt by grown men and women to drive up cable news ratings and sell terrible books. But what about an actual war on Christmas? If President Barack Obama wanted to take down Santa Claus*, how would he do it? And would it work? A classified report obtained by Mother Jones sheds new light on the Department of Defense’s plans. Take a look:

Overwhelming force: On paper, it looks possible. The United States has 22,000 military personnel in Alaska, mostly at major Air Force bases outside Anchorage and Fairbanks (home to the 354th fighter wing).* A military airstrip at Barrow, the country’s northernmost point, could also be used as a forward operating base, as could Thule Air Base in northwest Greenland, 750 miles north of the Arctic Circle. The Navy and Air Force regularly conduct carrier group exercises in the Gulf of Alaska, so they’re not exactly coming in cold.

But Santa’s best defense is that the North Pole is—spoiler—really cold. The US Navy doesn’t have any icebreakers, and the Coast Guard only has two, both of which are research vessels. (An amendment to the 2013 National Defense Authorization Act would have commissioned four new icebreakers, but that’s still pending congressional approval.) And unlike the Russians and the Finns, the United States doesn’t have any ground units specifically trained to handle polar climates.

Nor is Santa himself a pushover. Some images of the old man depict him with a Kalashnikov. Elsewhere, he’s armed with a sword. Futurama‘s Robot Santa has some sort of laser blaster. In Scrooged, Santa is able to repel a terrorist attack with an M16A2; his elves carry M60 machine guns. Oh, and about those elves: According to NorthPole.com, “There are an unlimited number of elves because it takes a lot of help to keep the northpole maintained and the presents made every year.” Even if an expeditionary force succeeds in taking the workshop, the elves’ sheer numbers make the possibility of a post-invasion insurgency likely. And then there’s Santa’s sidekick Krampus, a massive goat-demon who according to Germanic legend, captures his enemies in a bathtub, eats them, and transports them to hell. How do you stab the devil in the back? No, really—it’s our only hope. 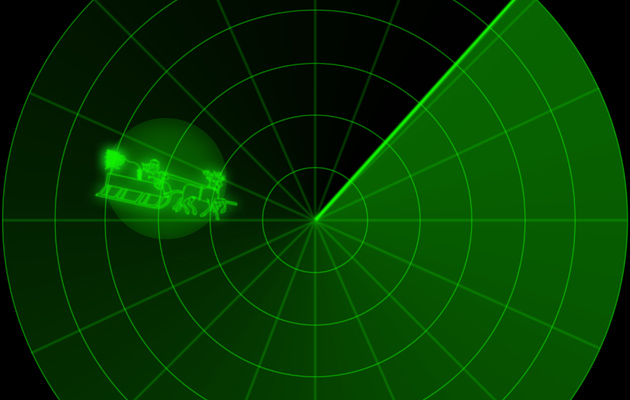 Missile intercept: Targeting Santa while he’s on his rounds sounds good in theory. NORAD already purports to track Santa’s progress on its website, owing to a typo in a 1955 Sears advertisement that accidentally broadcasted a secret government phone line to the general public. And the National Security Agency is well equipped to spy on Santa’s kingdom. Arctic Fiber, a Canadian company, is laying a new fiber optic cable underneath the North Pole that will link Tokyo and London, to get a leg up on high-frequency stock market trading, but it could also give the US government’s super-secret (until recently) data collection programs the lowdown on what’s going on at the workshop.

But the United States has never successfully shot down a ballistic missile, which doesn’t inspire confidence in its chances at taking down Santa, whose packed schedule requires him to travel at a pace somewhere between ridiculous and ludicrous speed. Norwegian physicist Knut Jørgen Røed Oedegaar argues that Claus is equipped with an ion shield, which prevents him from being torn apart by gravitational forces and protects him from being incinerated (by fireplaces, atmospheric reentry, or missiles). Also, he travels between dimensions.

Special ops: Why not? Let us count the ways: “I cannot think of too many worse environments to infiltrate and then exfiltrate from than the North Pole,” says Andrew Exum, a former special adviser for Middle East policy at the Department of Defense who fought in Iraq and Afghanistan. “I have no idea how many elves would remain loyal to Santa Claus, but given the open terrain, you would probably want to surround Santa’s workshop with at least a company of Army Rangers before sending in a team from one of our special missions units to capture or kill Santa himself. That’s 150 to 200 men right there that would have to make their way to one of the most remote locations on Earth, carry out a very difficult mission in low visibility and freezing temperatures, and then march back out. As much as I love and admire our special operations forces, that’s a huge ask.”

Drones: There’s nothing to stop the United States from sending a few Predator drones over the North Pole and targeting Claus’ infrastructure—the workshop, the reindeer runway, the gingerbread valley. But that would trigger an international incident with Russia, which in 2007 claimed the pole falls on its continental shelf and is therefore sovereign territory. Canada recently made the same claim (invoking Santa in the process), although the evidence was dubious. The United States could claim the North Pole for itself, too, but only if the Senate gets around to ratifying the United Nations Law of the Sea Treaty. (Also, holy collateral damage, Batman!) 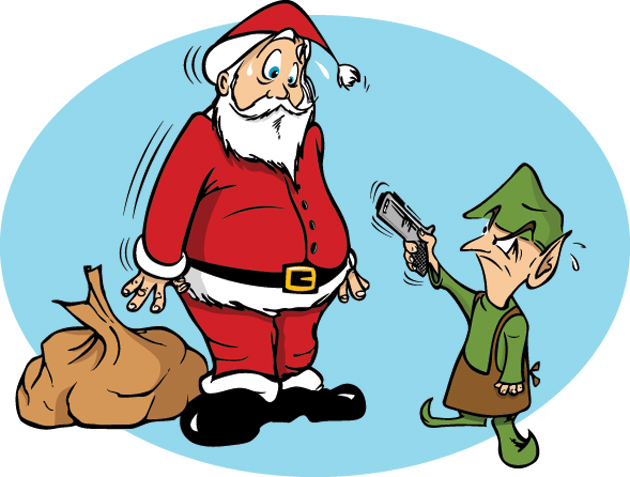 The long game: Probably our best shot. Santa’s workshop is a political powder keg just waiting for a spark. With only reindeer milk, fish, and the odd seal readily available in the harsh Arctic landscape, the North Pole has to import eggs, dairy, and sprinkles to sustain its inhabitants’ principal diet of Christmas cookies. Elves also consume enormous quantities of maple syrup, which must be imported from the United States or Canada by way of a cartel. All that makes the North Pole uniquely vulnerable to tough international sanctions and a coordinated push for regime change—by aiding militant factions if necessary.

The North Pole is also vulnerable to climate change, putting an already fragile environment in flux. Literally. The North Pole is now shifting because melting glaciers are affecting Earth’s mass. And Santa’s workshop sits above potentially lucrative deposits of oil and gas that energy companies want to get their hands on ASAP. It’s only a matter of time before the locals face displacement in the face of humanity’s unceasing thirst for material wealth.

Under the brutal Claus regime, which exiles its radicals to the Island of Misfit Toys, the elite few have grown fat on the labor of the many. How long can Santa’s elves endure such pressures before they begin to question the leader they’ve followed blindly for so long? How long before the workers seize the means of production?

The problem with waiting for an elvish uprising, Exum says, is that it might take a while—even if they get assistance from the Green Berets. “I have no idea how combat-ready these elves are. They could be like the elves in the Lord of the Rings, in which case they shouldn’t need much training, or they could be like those Keebler elves, in which case I can’t imagine they have any military training or experience. So I’m afraid Christmas is likely to go on this year as planned in all its gaudy commercial excess.”

Correction: An earlier version of this article misstated the number of US military personnel in Alaska.